Going to the Games 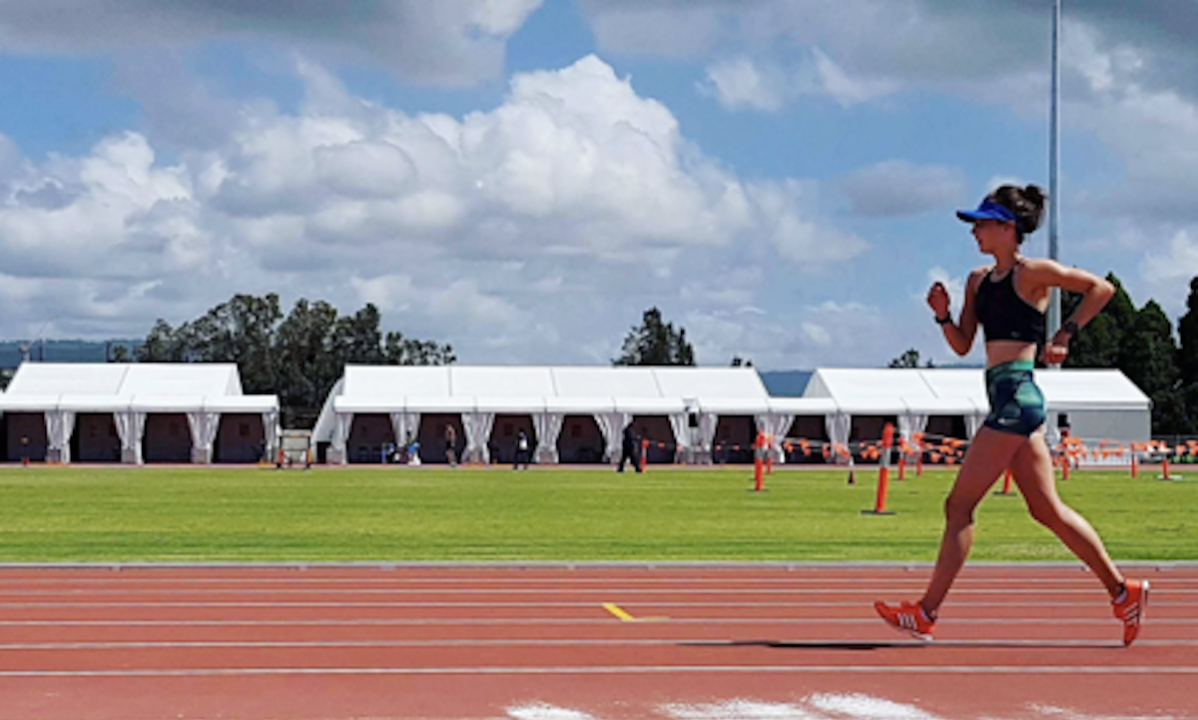 In the second part of Erika Kelly’s blog about her Commonwealth Games experience the Isle of Mann athlete talks about the time over in Australia.

After finding out I’d been successfully selected as one of three to make up the Isle of Man Athletics team, a whole new level of motivation kicked in. However, there was lots more to do than just keep training.

I had the privilege of being asked to attend and provide music at the Isle of Man Commonwealth Fundraising Gala, in addition to getting measured up for an abundance of kit. The official team announcement evening felt extra special, and it was an amazing opportunity to finally get to meet the rest of the team.

Training appeared to be going really well, and in late February, I found out I had been successful in being selected to represent England in the 2018 Lugano Trophy, over the 20km distance – an opportunity to see what sort of shape I was in prior to flying out to Australia.

Lugano ended up being one of my strongest performances to date, whereby I set a PB of 99:36, finishing 7th in a very strong field alongside Olympians like Eleonora Georgi and Anezka Drahotova. It was just the confidence boost needed!

One week later, and I was on my first ever long-haul flight to the Gold Coast. This was a whole new experience in itself, having never travelled further than Europe. Note to self for future trips: Pack snacks for the plane – LOTS OF THEM.

We spent our first 2 weeks in a holding camp in Sunshine Coast, which we shared with Team Scotland. It was a lovely little place in the middle of nowhere, where we were greeted with Aboriginal dances and koalas. The Athletics team was made up of Joe Reid (800m runner), Joe Harris (Javelin), myself and our team leader/my coach, Steve Partington.

Our first mission after settling in, was to find the track, which thankfully wasn’t too far away. However, this would be the time that I would come to the realisation that training in the heat was on a whole new level of challenging.

With complete naivety, I embarked on an easy 10,000m… I think I lasted a whole 5 laps, before collapsing in a heap, unable to continue. I had totally underestimated what it meant to go from training in 15°C to ~30°C, despite doing some basic acclimatisation work pre-travel.

This initial experience, in addition to a few more days of training, had me feeling genuinely overwhelmed and concerned about how on earth I was going to adapt well enough to race over 20km.

Things did (very) slowly get easier, and before we knew it, the day came to move into the Commonwealth Village with over 6,000 other athletes.

It was an incredible environment to experience, with food outlets dotted around, baristas, gift shops, a gym, chill-out spaces and hair salons.

Race day was slowly approaching, and it felt like the days were getting longer as I began to taper. I was confined to sleeping, eating, and minimal training, whilst avoiding the sun. I was so fortunate to be amongst some great company who kept me occupied, whilst we watched and cheered on the rest of Team IOM in their events.

And there was the added bonus of getting to meet up and train with fellow GB teammates Bethan, Heather and Gemma, in addition to friends from further afield! Race day came, and so did a super early start to get prepared with breakfast, the correct kit, and making sure you got on the right minibus to the race start, which was situated miles away on the Currumbin Beachfront.

On arrival, it was slightly hazy and drizzling, and the air felt unexpectedly cool – near perfect conditions for the men’s 20km race, which had just begun. This was a really exciting race to witness, and I remember feeling really ready to get going myself.

The temperatures were however, creeping up quite rapidly, and I spent the majority of this pre-race time, sitting in the shade, wrapped in an ice vest, attempting to keep cool.

Standing on that start line is up there as one of my proudest moments – daunting, but so, so exciting. The hard work was done. Do what you can do. Do what you can do

I entered the race with a plan, one of which was flexible, with elements such as the heat and humidity to contend with.

The group was bunched together for the first few laps, before the pace started to really get going. I knew (with my huge lack of experience), that I needed to be smart.

The pacing was sensible, but not something I felt I could sustain in these temperatures, and at a meagre 3km in, I found myself questioning how I was going to get to the end. I had to make the decision to back off a little because more than anything, on a Commonwealth Games debut, I wanted to finish this race.

In slowing up however, I became quite isolated… but as the laps ticked off, it was clear to see that the heat was getting too much for some, and I found myself catching up and overtaking athletes, with others getting disqualified. As the race went on, I found myself longing for that finish line more and more, drenching myself in any water source I could find, whilst the heat continued to rise.

Those final few steps were incredible, as a fellow Manx supporter in the crowds held out a Manx flag at arm’s reach. It wasn’t a super speedy finishing time, or the performance of my life, but it subtly proved something – you can achieve so much more than you care to realise.

Just run with your feeling
What makes the Island Games so special?