You can’t do it all on your own 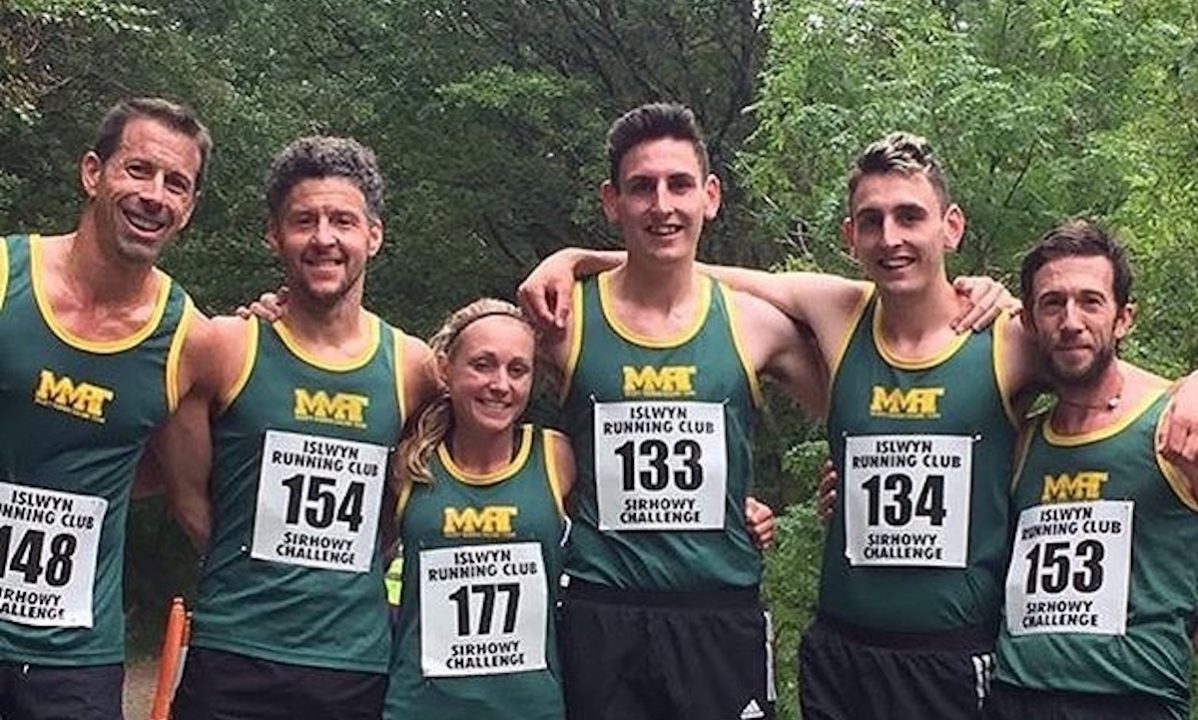 In her latest Fast10 blog marathoner Natasha Cockram talks about the importance of teamwork in achieving your goals.

Runners love to brag about the simplicity of running. As the saying goes, “All you need is a pair of shoes and a path to run down” Just you and the trail. It’s a beautiful concept. At its core the act of running is that simple.

There is only one person who can make your legs move, who can force you to wake up before the sun begins to rise and who can choose to keep going and dig deep, even when quitting seems like the better option. Unlike many sports, however, success in distance running doesn’t depend on someone passing you the ball. I’ve come to learn although it might seem like an individual display of toughness, courage and strength; if I am serious about competing at the international level it is impossible to do everything alone.

Not just putting the shoes on and out the door

We are pushing to go faster and achieve new goals. We don’t just go out and run, our training is carefully planned out, each day has a different purpose whether it be recovery runs, interval workouts, tempo runs, long runs, mid long runs- all at specific paces with specific rest periods, cross training at a specific heart rate, weights focusing on specific muscle groups and so on. Not only is it important to get the training right, you have nutrition, recovery, equipment (shoes), a sound mental game and everything else in between to master.

On top of these already in-depth areas there are always barriers that are going to get in the way that can further complicate things.

I am an independent person, and don’t like to inconvenience anyone. I have always kept things as simple as possible. I do all my training solo and spent time self-coaching but last year I finally accepted the fact that if I wanted to up my game, I needed a coach. This was the best decision I made and it was the start of a growing team.

After joining my coach, Tony Houchin, I set a personal best in every race I had run until London Marathon where I had a heart-breaking performance. Tony prepared me in every way possible and workouts were going well and feeling easier than ever. I was the fittest and fastest I’ve ever been, however the final 3 weeks I came up against barriers I’m sure all athletes experience at some point in their career. These barriers really made me realise people are more than willing to help without it being a chore or inconvenience to them. It’s made me step back and appreciate the help I have and has made me realise I am not in this sport alone.

Three weeks prior I came down with the flu which wasn’t ideal but working in an office where at the time it seemed every other person had some sort of cold or virus meant it was almost inevitable no matter what measures I took to try and protect myself. Trying to see the positive side, I was just glad it was three weeks prior and not race week.

However, just as I thought things couldn’t get worse, race week came and my knee suddenly started hurting. Then the realisation that my physio who often works his magic and fixes me within an hour was away on a Welsh Athletics training camp, meant I went into panic mode.

This is perhaps what has really made me realise the importance of a strong network. Communicating with my normal Welsh Athletics physio, Adam Rattenbury, along with Sport Wales, led me to work with Sport Wales physio Dan Grimsted. Although I had never met Dan before and he did not know me or my body he really made me realise the willingness of others to help. Dan worked on me for hours at a time, every day the week leading up to London and not only that, he went out his way to work around my work schedule.

My work colleagues were also helpful and supportive in helping to cover me while I rolled in late or left early for treatment. It really felt like a team effort to do everything possible to get me to the start line. I could not be more thankful for Dan’s hard work that week as without it I would not have made the start line.

Although even with the help of Dan, London did not go to plan and was the closest I’ve ever come to not finishing. I don’t regret giving it a go when perhaps I should’ve made the decision to withdraw.

It left me broken with disappointment and pain but I learnt so much from the experience, one being the importance of a team, another being no matter how fit and well your training is or has been going if you are not 100% healthy on the day it is impossible to give yourself a fair chance on a world stage and also the importance of the other aspects of being an athlete, other than just running; such as recovery, injury prevention work and so on. It was odd, when I went through a rough patch of racing in previous years, or suffered injuries it would leave me thinking- ‘is this really what I want to do’? But after London all I wanted to do was get back running to be able to race another marathon. I think this is because previously without a team, coming back stronger from a bad race or injury was a big barrier to face alone and hard to find the mental strength and motivation when things weren’t going well. But things are different now. I

have so many people around me supporting me and helping me through this journey. It makes everything seem possible and motivates me even more to come back stronger.

I’d be lying if I said I didn’t spend the first week after London crying myself to sleep and feeling frustrated about barely being able to walk. But when I finally got over the initial disappointment, I was actually excited to change things and become a better athlete. Getting the flu so close to a big race is bad luck but is something most athletes will experience at some point.

For me getting an injury could’ve been bad luck but maybe could’ve been prevented if I had incorporated preventative measures into my training week. Without wanting to blame myself I will be the first to admit I have been terrible at staying on top of the little things. I’m sure I am not the only one who finds stretching and rolling boring!

Not only that, I have kept things so simple I have never incorporated much more than just running and the odd core routine into my training week. I have little knowledge about strength work and that’s something I have been excited to change. Not being able to run has almost been a blessing as it’s forced me to focus on the other aspects of becoming a better runner. Over the last month I have had the best support team I could have wished for.

The support from Welsh Athletics and Sport Wales has been invaluable. It has become my second home (so much so that when I get in my car after work my phone tells me “15 minutes to get home” a little confused as I know my commute is far longer than that I checked to see why my phone is telling me this…turns out it thinks Sport Wales is my home!)

Adam Rattenbury (Welsh Athletics Physio) has been a massive help and has pieced my body together on numerous occasions. And again, has got me back on my feet and back running. Through Welsh athletics and Sport Wales I have also started working with strength and condition coach, Chris Chucas.

Not only am I hoping some strength work will further improve my performances, as a team we are working to do preventative work by working on my weaknesses that are likely to be the cause of the knee problems I have experienced. Working with Adam and Chris has motivated me to stay on top of stretching and rolling, so much so I’ve actually started to enjoy it as I can already feel the benefits.

With all this it’s a given that when trying to compete at your best, runners training for a big race end up spending a lot of time away from home, running the roads or traveling across the country or around the world to races and training venues. We spend hours at a time training, then require time for recovery and replenishment. On a normal week day, I am up at 4:45am, out the door by 5am and don’t return home until 8pm and some nights even later, which means the little time I do spend at home is spent sleeping.

Friends, family and beyond

A typical training cycle can command your entire week’s schedule which then dictates your family and friends’ schedule. It leaves me little time for normal daily essentials. My parents play a massive role and support me in every way possible whether it be helping to fuel me, doing my washing or looking after my dog. Without them there is no way I would be able to sustain a full-time job alongside training. I’m also fortunate my friends are understanding of the demands of being an athlete and they don’t pressure me into going out but will always include me even after having to turn down every other invite. Natasha with her father, a key part of her support team

From my coach, to my physio, strength coach, family, friends, club and even the support from people I don’t know, it all means so much and is all contributing to this team effort!
Running really is like a recipe where you need to have all the right ingredients and right balance in order to reach perfection.

Natasha Cockram features in the ‘Fast 10: class of 2019’ and over the course of the year will share her running journey. You can follow Natasha on Twitter and Instagram, while further information about the ‘class of 2019’ can be found here.