Getting back to racing 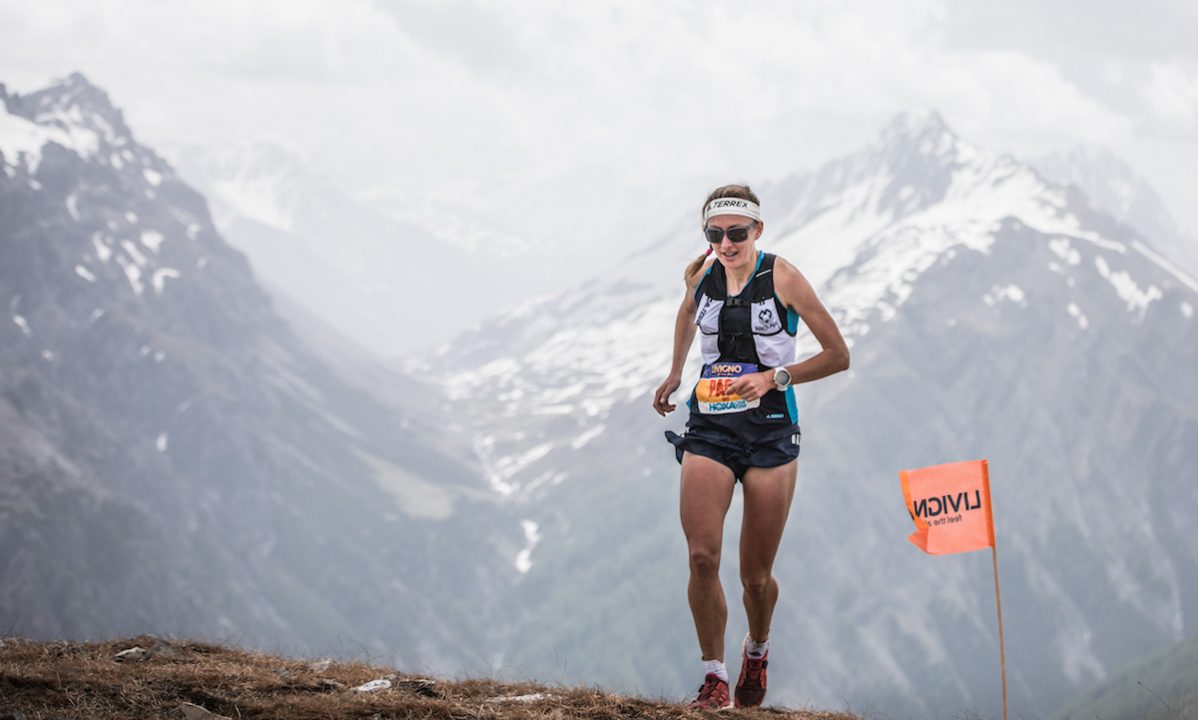 It was a month of two halves for Holly Page, returning from injury and doing what she does best.

In terms of running, June has felt like a month of two halves. Resuming running after a long layoff I felt slow, sluggish, I couldn’t motivate my body to push itself and just felt like every run was a very slow jog.

I would occasionally try and do an interval session, but nothing would respond and I wondered whether I would have that flying feeling of fitness again. My foot kept playing up and I’d run one day only to have it sore again the next day and needing to take another day off.

I was living out of my campervan in Davos, Switzerland, visiting an Adidas teammate who did a fine job of feeding me cake and keeping me company on a few bike rides. Next stop was a drive over to France for a friend’s last-minute wedding in Chambery, where I seemed to spend most of the week preparing ivy surrounds for picture frames, preparing food for all the guests and making her wedding cake rather than any focus on running.

Getting the season underway

Having missed the first races of the Skyrunning Series due to the broken foot I decided I would run Livigno Super Skyrace just as a test, and also because I wanted to go there anyway to catch up with all my friends! I had no idea how my foot would cope and knew I had to be pretty conservative so as not to fracture it again / have everyone telling me “told you so….” for doing too much too soon.

Whilst everyone else was getting nervous, I was quite chilled, no pressure, just needed to jog my way round as a confidence boost. So I set off really slowly compared to a normal race but as soon as we hit the climb I started overtaking and was at the front of the women’s field by the time we reached the first summit. Normally I count descending as my strong point, but June has been a month of “no risk, foot preservation mode” so I found myself trailing down in ninth at the bottom of the hill. My foot didn’t hurt but oh man, my legs!!

They were certainly not used to running at all, never mind down steep Alpine mountainsides! I considered dropping out after 12km but I’m glad I didn’t. I loved the rest of the race and couldn’t stop smiling all the way round.

Take joy from the sport you love

No matter my position, I was just so happy to be back doing the sport that I loved, scrambling across ridges, working hard up crazy climbs. One of the descents was 1,000m- in a valley filled with avalanche snow so I could pretty much “glissade” my way down which was probably good for the foot in any case!

I worked my way up to fifth place and managed to fend off a three time world obstacle course racing champion on the last few km of downhill so I finished quite incredulous at what I’d managed to do in my “unfit” state.

Everyone was astounded and the race left me very happy and full of confidence that I can build back to fitness, but also quite frustrated. If I could do quite well having had months off, think what I could have done without that enforced break. I was still 20minutes behind the winner, one of my big rivals from last year, which goes to show just how much I’ve lost over these last months. But despite turning my quads into blocks of concrete for the entirety of the next week, I finally felt positive about running again.

Back in the mountains

Being surrounded by beautiful mountains in St Moritz and the Engadin valley certainly helped that, and excessive snow fall meant that I couldn’t get too carried away in my mountain wanderings. I used to take a lot of risks in the mountains, setting myself challenges to go up peaks I’d see from the valley floor, but now I’m older and wiser and when things start to get too dangerous.

Sometimes you have to say to yourself “that’s enough, time to turn around”. June has also been a month of accepting that risk of avalanches and rock fall is still high and it’s really not worth taking those risks when they can be avoided.

Next up was the Adidas Infinite Trails in Austria so I gradually made my way over to the stunning Gastein valley, stopping en route for a few days with some other friends with a van for some cycling, hiking, running, wine-drinking and laughter. I felt very happy to be in my van in the mountains, with good people and was happy with the choices I’d made to get me there. I couldn’t resist the allure of cycling up Austria’s highest road point on my way to meet my Adidas teammates, but being too stubborn to stop and fill my water bottle early on, I was resigned to stopping and eating snow on the last few km up the long climb to the Edelweissspitsze at 2500m!

I’d been very much enjoying my van life until it decided to blow up just one km from where I was due to meet my team mates. To cut a long story short, large amounts of smoke, traffic chaos, police intervention, reversing around corners with no steering or brakes…. And several thousands of euros of repairs.

#vanlife has become #buslife. I tried not to let the van put a dampener on an otherwise fun week with Adidas Terrex, racing the innovative Infinite Trails relay.

There are three loops; 25km, 60km and 40km, all with a few thousand metres of climb thrown in for good measure. This was to be another good test for the foot, the longest I’d run since February, but I came out of it relatively unscathed, other than spending the last 20km sicking up large amounts of foam which was a little odd.

I managed to get the fastest ladies’ time on my loop, and would even have been fast enough to be on the winning men’s team so that was quite a confidence boost.

July 1st is officially when I am allowed to revert to my normal training, but given how hard I ran on Saturday I’m still going to take things relatively easy and listen to my body as I prepare the rest of my season. [Holly did return to Yorkshire and run two fell races in two days… – Ed.]

I’ve come to the conclusion that I’d rather run a little bit slower and still be running, than hammer myself into the ground to get fit again and end up being sidelined.

So here’s to some more months in the mountains in a hopefully repaired van….

Tenerife Blue Trail: More than just a race
Centurion Running tips for your first (and next) ultra