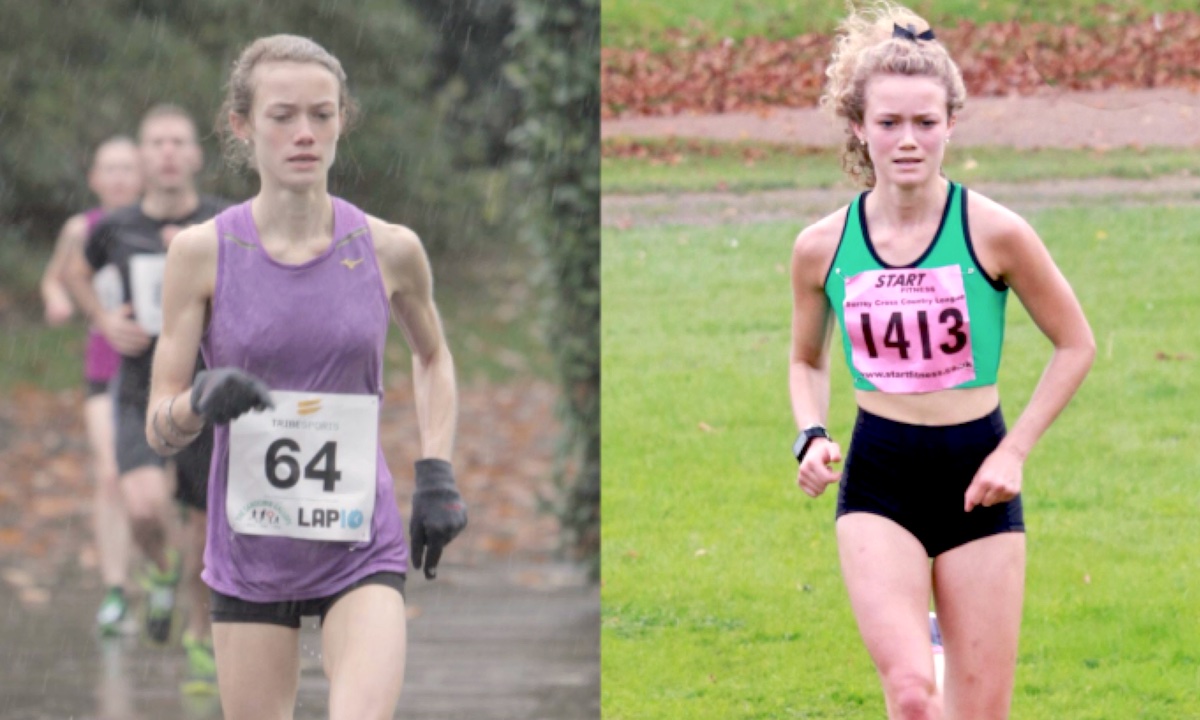 Hannah Irwin explains why underfueling and restricting your diet will not lead to better running performances, but will instead put your health at risk.

Dedication is a powerful trait and there is nothing wrong with being so committed to something you want to do your utmost to succeed at it. It is a wonderful thing to possess until it becomes destructive, as it did for me.

When dedication overrides rational it can become dangerous. This is when you can’t stop yourself from always doing more. You always go that one step further and still look for other areas to show ‘more dedication’.

When applied to your goals in athletics, it can lead you down a path where you severely overdo things, and you can find yourself either overtraining, underfueling or both. At this moment you have no idea that what you are doing is destroying your body and your health.

I thought it was the right thing to do, IT ISN’T! Not only was I so determined to deny myself food, but I was also willing to run through unbearable pain, all because I believed it would help me succeed.

But, it DIDN’T, it only pushed me backwards. Dedication is a wonderful thing, but not when you start destroying yourself.

I now look back and see how dangerous this was and I want to do my utmost to help others to become aware of the point at which dedication becomes destructive.

More people need to be aware of the dangers of not fueling yourself properly, and that the concept, ‘thinner equals faster’ couldn’t be further from the truth. Don’t make the same mistakes I did!

How did it start?

The first thing that sparked my downward spiral, was when I decided I needed to eat less if I wanted to be a faster runner. THIS IS NOT TRUE. IT DOESN’T WORK.

I began comparing myself to other runners around me; believing that I needed to shed weight… weight that I didn’t have to lose. I felt that if I wanted to be a serious runner, I needed to be skin and bones.

I forgot about the muscle aspect. I became caught up in this vicious cycle of wanting to lose more and more weight. This was weight that I couldn’t afford to lose. My dedication was now destroying my running, and me.

As time went on, stress began to take over. Friendship groups began to split up, the stress of exams arose, my mum fell ill, and I lost one of my best friends. The only thing I had control over, was food.

Due to being too weak, my running was suffering, and controlling my intake was the only thing I was good at. I looked at every aspect of my diet I could cut back on. I began restricting vital nutrients, particularly calcium. It was as if I was competing against myself. I had lost sight of wanting to succeed as a runner, and I was constantly looking to where I could cut more out.

As the stresses of life amounted, restricting my intake became a sort of safety blanket. I felt proud the less I ate, like I was succeeding. But what really was I succeeding at?

I was starving myself, I had no energy, and quite frankly I was an atrocious runner because of it. The less I ate, the worse I ran, the more I punished myself. It became a vicious cycle.

I was trying to eat as little as possible, whilst trying to train like a serious athlete. Not a formula for success. My friends and family noticed what was going on, but I didn’t see it. I was ignorant to the damage I was doing.

At the lowest of my lows, I turned up to a training session with my coach, fueled off next to nothing, and couldn’t finish the session. We were doing interval reps round a football pitch, and I was unable to complete three reps of half a pitch. I had no energy, and I was weak.

My body simply didn’t have the fuel it needed to do what I was asking of it. I looked at myself, I had lost sight of my goals. There was no way I could even complete an easy run without a struggle. There was nothing to be gained by doing this, only lost. Not only was I wasting my coach’s time, but I was also wasting my own.

I won’t deny that it was hard to break the cycle. It was difficult to recognise that malnourishment was dangerous. I would need more than two hands to count the number of times I told myself that I was going to change, but no matter how long it takes, keep telling yourself, because it will eventually pay off.

I finally saw that if I could use my determination to my advantage, and make being healthy my goal, I could see food as my friend once again. I learnt to use my powerful mindset to my benefit, rather than in a destructive way.

One thing I never lost sight of was my desire to be a strong, healthy runner. I wanted to be taken seriously. This was not healthy and it was not a sign of dedication. Looking back at myself, I have no comprehension of why I let myself get caught up in such a dangerous game. Running was, and finally is once again, one of the most important things in my life outside of my friends and family.

I was so close to losing it and will never go back there. There is a distinct difference between dedication and destruction. Dedication is powerful, use that power wisely, don’t destroy yourself because of it.

Lighter doesn’t mean faster but being healthy does! Nothing positive comes out of starving yourself, it only leads to complications down the line.

I have finally realised if I can use that dedication and determination in a positive way, who knows what can be achieved. If this is something you have struggled with, or still are struggling with, don’t be afraid to talk about it. It is the only way we can educate each other.

Hannah Irwin features in the ‘Fast 10: class of 2019’ and over the course of the year will share her running journey. You can follow Hannah on Instagram, while further information about the ‘class of 2019’ can be found here.

Learning to listen
Enjoying the journey