When it doesn’t go to plan, just make a new plan 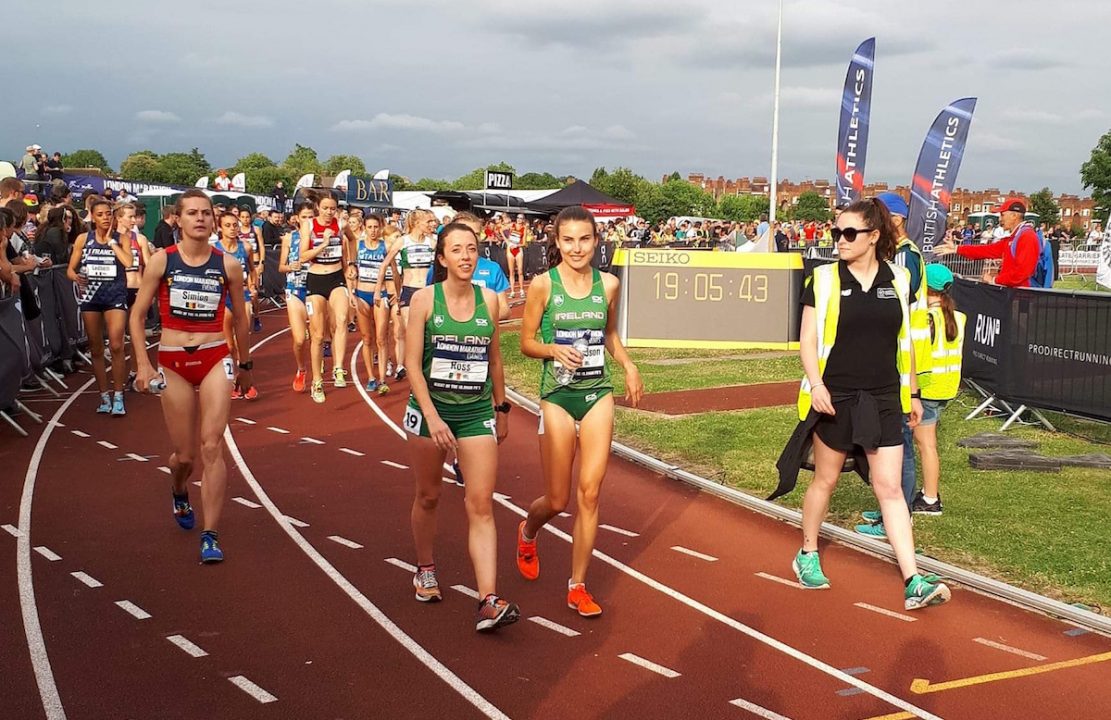 Time flies in running and sometimes it doesn’t all turn out as we hope. Fionnuala Ross reflects on what to do when the best laid plans go awry.

It seems like ages ago that I posted my last update on here and it does feel like a lot of water has passed beneath the bridge since.  It’s felt like a period when a lot has happened in my running world and from a performance perspective it’s been a bit of a mixed bag. But I guess that’s running!

You’ll maybe recall that I was keen to take a bit of a different approach to my Spring and early Summer racing calendar with a definite focus on gaining selection for Ireland and running well at Highgate in the European 10000m Cup (as part of the Night of the 10000m PBs).  Well, the hoped-for Irish selection did happen but, unfortunately, the running well part didn’t! But more of that later.

Through May, on the roads I threw myself into the Scottish 5K Championships and came away with a PB for the distance, securing a bronze medal behind great runs from a couple of the other girls. Having said that, it was my first non-Parkrun 5K in 12 years, so a PB was always likely!

I followed this up with a couple of 10K races in which I ran solidly enough, but was a bit frustrated that in both races (and for different reasons) I came away a little disappointed with the time I’d run.  In the first one some blustery conditions in the later kilometres saw my pace tailing off, though I did feel I ran strong to the finish on my own, and picked up a very welcome prize for a course and series record – so a definite positive!

Meanwhile in the second race, I settled into a pretty large group early on. Unfortunately “settled” was the definitive word as the group all seemed a bit reluctant to push on. By the time I’d realised where our splits were headed, we’d dropped off the pace for the sort of target time I was after.

I tried to push the pace a bit in the middle part of the race and the group broke up, but it made for a tough few kilometres.  Crossing the line a bit bemused, I felt there had been a bit more in the tank if we’d raced more as a cohesive group, but I still felt pretty positive and proud about taking the bull by the horns on the day.

So a decent but unspectacular series of results, but as ever I was able to come away with a few points of note and some learnings.  And with a couple of the races on new and unfamiliar (to me) routes, I’d like to go back and run the races again in future with some new-found knowledge. Can warm weather training be too warm?

Then came June, a month which Scott and I had decided was to be a hard training month. No racing. No matter what. Leave the racing for Highgate in early-July.  I had a good level of fitness and was looking forward to building on this, getting the miles and sessions in, and embarking on a warm weather training trip to Murcia towards the end of the month.

Well, as it transpired, the warm weather training trip became very much a hot weather training trip as south-eastern Spain experienced the edge of the heatwave which settled over Central Europe!  Now I love the heat of the Sun on my back and became used to high temperatures and suffocating humidity in my time at university in Louisiana, but that was a while ago!

Years in Glasgow have taught me that there’s a definite line between hot and too hot!  If I ever forget this I just have to ask Scott who, being a very typical Glaswegian, turns red in the face when he switches on a lamp!  So in Murcia, while our morning runs were bearable, with temperatures ranging from about 24 to 29 degrees, many of our evening runs were in temperatures nudging close to 40 degrees, with the heat of the day having accumulated and not really dropping much until well into the night.

Keeping properly hydrated was difficult, but we worked to find a rest and recovery routine which allowed us to train well and seemingly effectively.  The key track sessions, though tough in the heat, were suggesting that all was going to plan in terms of preparation for Highgate and I returned home feeling confident for the race before enjoying an easier few days of running prior to heading for London.

If you’ve run 10000m on the track before you’ll know that it’s vital that you settle into the race early on, try to block the number of laps remaining from your mind, and run at a pace you’ve prepared for.  On my own Highgate checklist, I was ticking the boxes.  But something just wasn’t quite right.  As I reached about 4k into the race, I felt like I was riding uphill on a bike with a slow puncture, slipping off the pace I’d been targeting and feeling almost powerless to react to the drop-off in my performance.

Looking back, the middle part of the race is a bit of a blur as I went through the motions of getting round the track, trying to hang on to those pushing on ahead of me.  I did manage to grit my teeth and rally a bit towards the end, stopping the rot in my lap times.  But at the end of lap 25 I crossed the line feeling deflated.

Hindsight is a great thing, and in respect of running is absolutely vital.  I’m never one to look for excuses, but taking the opportunity to assess any contributing factors in either (relative) successes or failures is always worthwhile.

Reflecting on the months gone by

My Highgate experience continues to drive me to re-assess the positives and negatives of the last few months.  I’ve already noted that  during my month of solid training in June I ran more miles than I’ve ever done in a month before (not my smartest move).
Although this may prove to be a positive later in the year when my race distance aspirations grow longer, when combined with the very hot conditions we experienced in Murcia up to a week before Highgate, this may well give some explanation of the ‘flat’ feeling I had there.

So it’s been a time of  reflection since Highgate while starting to focus on the next big target.  But there’s always a place for the sheer fun and beauty of running, even in the midst of hard training.

To this end, next up is a return to the Isle of Mull for their annual half marathon, my 5th visit to the race.  This is an event which Scott introduced me to abs it’s now one of my favourites too.  A small, pressure-free and community-led event in a stunning part of the world, organised by some of the friendliest people you could ever meet.  And it finishes at the front door of a pub. And there’s a ceilidh afterwards.  What’s not to like?

Feeling the true friendship and sense of belonging at such an event really does provide a stark contrast to the cut and thrust of championship racing!  I do want to compete at the highest level I possibly can, but along the way I’ll always look for some downtime and the opportunity to recharge my batteries in the company of friends and family.  I wouldn’t have it any other way.