The proof of the pudding is in the eating 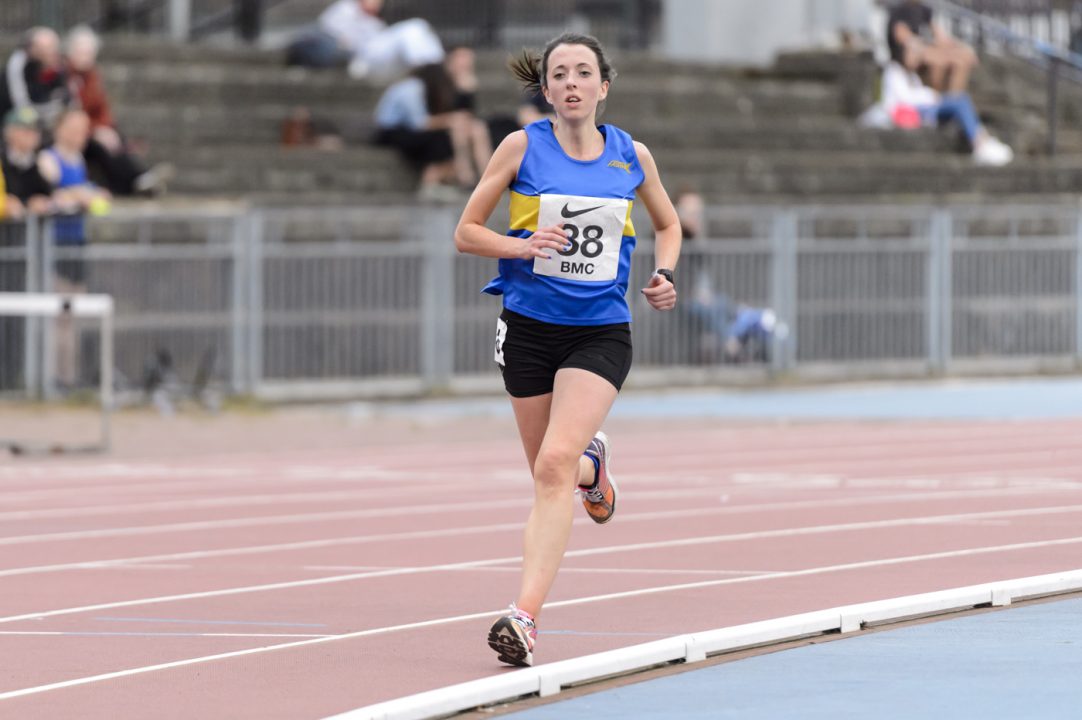 With a 10k victory this weekend Fast10’s Fionnuala Ross is running well. The international talks about focusing on the progress, racing a little more than usual and working well in a team of two.

Emerging from the cocoon of tights, jackets and gloves (well, sometimes…I do live in Scotland after all), I always come into the spring with a feeling of excitement laced with a little trepidation.

Wondering what the race season ahead will bring and whether or not the work done through the winter months will bear fruit as hoped and intended.

As runners we all tend to worry, usually unnecessarily, about missed training runs or sessions and I’m no different.  It seems like human nature to most of us, though we perhaps stretch the boundaries of what’s rational and what isn’t!

With my previously documented niggles and colds back in January and February, this year’s early track/road season holds a few more elements of the unknown about it for me than other years.  I can’t change what I’ve done up until now, but I can ensure that I pay close attention to what does work out in the coming weeks and what doesn’t.  Using past experiences and learnings from training blocks or races can only help in the future.

For the season ahead, the early signs seem promising…

At the end of March I opened my 10k road season at the Titanic Quarter 10k in Belfast after a selection for the Northern Ireland team.  Even though the conditions were pretty windy and I found myself a bit isolated for some of the race, I came home in a quicker time than I’ve started any 10k road season with before.

Looking at the detail of the race, I probably over-reached and started a little quickly, paying the price in the middle kilometres into a gusting headwind, but I stayed strong to the finish to take second place in the ladies race.  A solid enough result, and with a few more 5k and 10k road races planned over the next few weeks, I’ve got a decent measure of where I am on the roads and what I can do to improve.

But it’s on the track where I’m really interested to see what sort of progress I can make.  After the brilliant experience of racing at the Night of the 10000 PBs in London last year as part of the Ireland team in the European 10000m Cup, I really want to return to the event in the best possible shape in 2019.

With the races being moved back to the start of July this year due to the lateness of the World Championships in Doha, it’s given me the opportunity to alter my training to accommodate both more track sessions (which, love them or loathe them, aren’t always a big part of what I do in training) and more spring road racing.

The hope is that the combination of both will provide some positive results come Highgate. The stage will be set for another fantastic, high-quality day of racing and I really do want to get a real lift from the raucous crowd and feed off the incredible atmosphere which makes this event very special.

Let’s not get ahead of myself though!  Plenty of work to do before then!

In the meantime, my track racing season kicked off well on a perfect summer-like night in Glasgow (in the middle of April!) when I retained my Scottish 10000m title.

The initial tiny tinge of disappointment at missing out on my PB by less than a single second – 0.94 of a second to be exact – was quickly forgotten when the realisation dawned that I’d ran 15 seconds quicker than in the same race last year! Progress! Especially considering my PB was from that European Cup race in 2018.

With an extended and consistent track element to my weekly training, a nicely timed warm weather camp, and some real focus I’m really keen to see what sort of strides I can make. Throwing some as-yet-untested aspects into what I’m doing in the coming weeks and months will keep things interesting and, hopefully, help to develop areas which may be weaker in my running armoury.

The balance between training and racing

So for the coming weeks it’s a matter of finding a good balance between training and racing.  I’ve never been a runner who races a lot in comparison to others, preferring to just have two or three main target races throughout the year and training purely with these races in mind.

But the change of date for Highgate this year allows me to take a different sort of approach to the first half of 2019, with one eye remaining on track, but with a busier road racing calendar than usual for me through May.

By the end of the month, fingers crossed, I’ll have raced more in the first five months of 2019 than in the same period last year, despite having missed some focus races already earlier this year.  And despite the altered approach, I’ve managed to not compromise the overall volume of training, continuing to maintain and build a strong endurance base.

There is a certain sense of stepping into the unknown, but I’m keen to see how my body reacts to the different training/racing balance, before entering the next phase of the year and turning my full attention to Highgate.

While I do think I have a keen sense of what makes me tick as a runner, discussing racing and training sessions in a wider sense with my partner Scott also helps to bring some perspective to what I’m putting myself through. And from a physical point of view it really does help to have him running some of my sessions with me, particularly ones on the track where a ‘moving windbreak’ can be highly beneficial!

To the casual onlooker we may not seem to communicate in the friendliest of terms during sessions (there can be a fair bit of pain, grunting, cursing and eye rolling!), it’s always good to have a review of the session afterwards to assess how it went and to discuss openly and honestly what we would possibly have changed.

We both always seem to have our own slightly differing take on how the session went, agree to disagree on some aspect or other, then turn our thoughts to the need for post-session food.  We always agree on one thing at least…Jaffa Cakes are pretty much an essential for the journey home from the track!