“A truly memorable event & one every runner should experience” 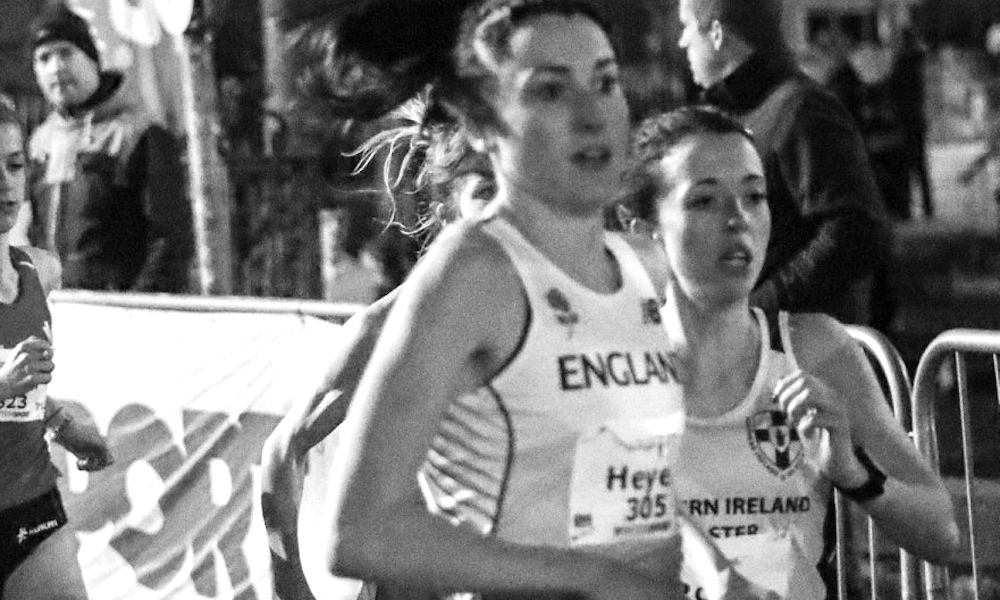 Fionnuala Ross reflects on the last month that included another memorable night of racing at home in Armagh.

Just a few weeks ago, I outlined my targets and goals for 2019. One of these was to remain injury free. Now I’m not particularly superstitious but I couldn’t help feeling I’d somehow jinxed myself as I picked up a hamstring niggle almost immediately afterwards which meant I started the year having difficulty walking never mind running!

After some decent Autumn outings over the mud and a trip to the European Cross Country Championships in December, it was frustrating to get a setback as I had a couple more planned races which I had hoped to focus on.

In the end, common sense prevailed and a swift reassessment of my training and racing plans was needed. Soft ground was aggravating the hamstring more than tarmac, so an early line had to be drawn under my cross country season and the focus had to shift while I rehabbed the leg.

It was time to reacquaint myself with an old friend, the elliptical trainer to complement the road running I was doing and to try to replicate some sessions and longer runs (shorter runs were manageable, but longer or harder stuff was challenging).

As a runner, it’s never easy accepting you need a little time off from running, but the box set of Gilmore Girls eased the pain and helped pass the hours away as I did my best to maintain fitness and work at getting the hamstring up to full strength again.

Luckily, the rehab seemed to produce pretty quick results, and within a couple of weeks, I was back to increasing the mileage on the roads and reducing the time on the elliptical.

Although specific speedwork was a bit lacking during the time I was driving myself nuts in the gym, I knew I was retaining and maybe even building strength. Also, looming on the horizon was one of my favourite events of this or any other year, the Armagh 3k Road Race.

Now anyone that knows me as a runner will be well aware that a 3k road race is at the very bottom end of my distance range (my boyfriend Scott says he’d love to watch me in a 1500m race on the track, but I know he’s a big fan of comedy!).

So 3k really gets me out of my comfort zone! But the Armagh International Road Races have so much more going for them, and the women’s 3k is a race I cannot miss if at all possible.

A race everyone should experience

Hosted by my home club Armagh AC, the whole evening is a truly memorable event and one every runner should experience, be it as a spectator or as a runner, though it does remain widely unheralded in the non-athletics press.

Proceedings kick off with a fast and frenetic timetable of junior races, leading into the international races in which women compete over 3k and the men over 5k (to get into the men’s 5k, men need to have previously broken 16 minutes for the distance, so the standard is high!). The night is rounded off with an open men’s 3k race.

There’s something massively appealing about racing under lights on a closed road course. The races use a lap of just over 1k round The Mall, the square slap-bang in the middle of Armagh and the setting really is dramatic. Booming commentary, loud music and an expectant crowd of spectators leaning over the barriers and yelling their encouragement every time you pass gives an adrenaline rush like little else! With a fast course, a seriously stacked field and unbelievable local support, the atmosphere is better than any other road race I’ve been to.

Perhaps as a local runner, I’m in the lucky position that I seem to benefit from even greater support than the other girls alongside me, but I’ll take whatever help I can get when I’m toeing the line against major championship medallists.

On the night, conditions seemed pretty perfect with almost no wind so I knew I was going to be part of a great race!

Bearing in mind my lack of relevant speedwork in recent weeks, my tactics for this particular race were pretty simple… get out as quick as I could, try to hang onto the lead pack for as long as possible, and then see if I had anything left for the oh-so-long finish straight.

It was over in a blur. I managed the getting out quick bit, hung on as long as I could, then gritted my teeth to the finish line, crossing it just one second outside my PB and leading the Northern Ireland team home. All things considered, I’m marking that down as a success.

And for the record, the event was a huge success for the organisers as well, with 49 women breaking 10 minutes for the 3K and 113 men running sub-15 minutes for the 5K, cementing the status of the races as among the fastest around.

With much of my racing done in Scotland where I’m based, it does give me a huge sense of pride in returning home from time to time and pulling on an Irish, a Northern Irish or an Armagh vest.

In this instance, with the Armagh races being so close to home and with the event organisation pulling together so many friends, and family, I really do feel a part of this one. It seems to have been a part of my running ‘career’ for a long time.

After the race it was great to spend a few relaxing days at home with my family, getting some more runs done, revisiting the North Coast after a while away, and fuelling up with some good old home cooking (who doesn’t enjoy a roast dinner cooked by their Mum?).

But for now, it’s back to Glasgow and onto the next chapter. It’s time to start searching for some speed as track season comes ever closer.

Fast 10: Fionnuala Ross
Taking one for the team