Healthy, happy and hungry for track ’19 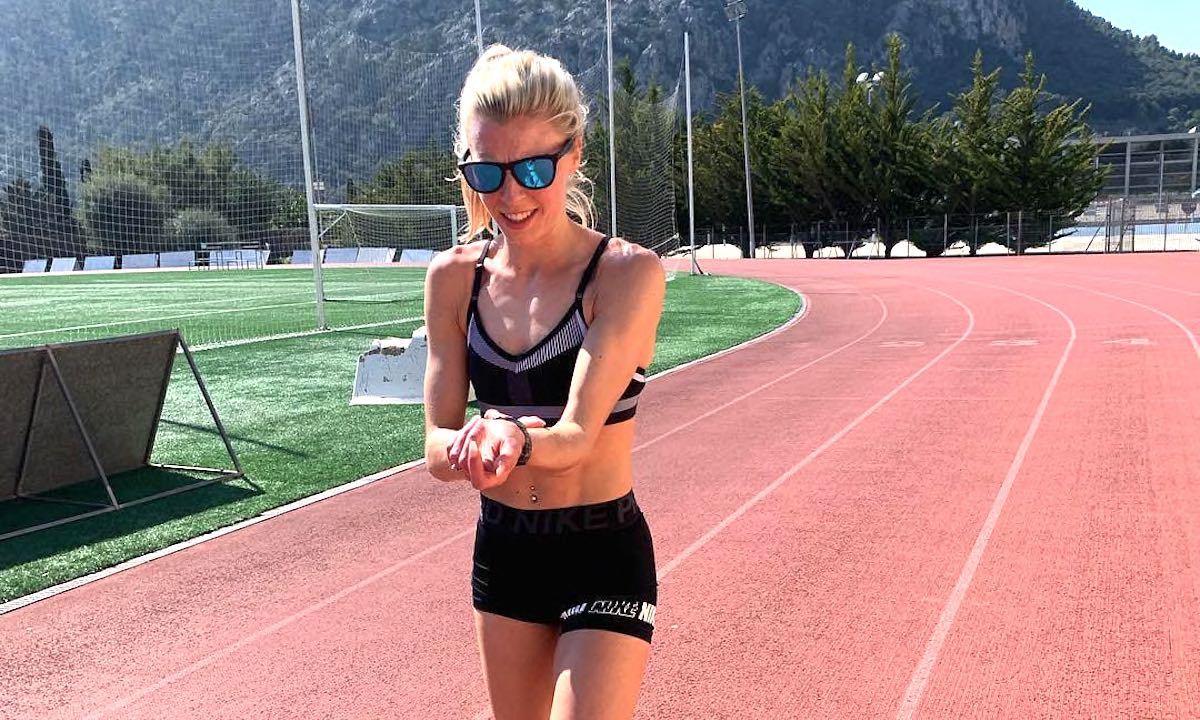 Αlexandra Bell reflects on a very positive warm-weather training trip in Majorca, where she also met a local star.

Isn’t it marvellous what a ray of sunshine can do to you? Time away in Majorca was certainly very beneficial. The couple of weeks of warm weather training definitely came at the right time and I’m now back in Leeds feeling recharged, happy, fitter and healthier – so much more than four weeks ago to say the least!

Whilst I was away it gave me the time to apply the perfect ratio of training to recovery. It didn’t take me long to get into a routine, and even after the first run I instantly felt a lot more perkier and exhilarated than I have in a long time. I just knew that from that point that it was going to be a very good couple of weeks.

It has been proven that being in the sunshine actually does have a beneficial effect on performance, making you not only emotionally happier but with physical improvements too. This definitely worked for me.

We were based in Puerto Pollenca and the facilities were brilliant. It really was a great set up with everything so close by and because we travelled prior to the holiday season we had the track and gym more or less to ourselves too. I have never considered this location as a base before and it is not a very well known spot for athletic training, but after this trip, I will definitely be making a return.

The terrain was very flat with roads that seemed endless making it a very popular hot spot for cyclists, thankfully for them we actually took advantage of their paved routes on the sea front which was perfect for the tempo sessions and recovery runs. The athletics track was a 10 minute drive from our accommodation and it was such a beautiful place to train. Nobody was even around to pay for the use of the facilities which showed how quiet the place was at this time of year.

It was also comforting to know that we were not the only athletes on the island that were making use of the quieter, less known warm weather training location, I believe Callum Hawkins was here prepping for the marathon as also were some of the GB triathletes too.

It is not vital to go away as an athlete, but for the last few years I’ve incorporated a few weeks at the start of the year and its always been a big plus for me, giving a refreshing boost at the gloomiest time of the year. It was certainly necessary more than ever this year feeling the way I did before this trip. The results have left me feeling refreshed with a base level of fitness and health ready for the hard work to commence for the forthcoming summer months.

Inspiration from a local star

Whilst we were warming up on our very first track day, I saw an old man power walking around the infield of the track in some really old school Adidas spikes. He had a beaming smile and couldn’t exaggerate a bigger wave to us if he tried. Instantly he made me smile and at that point he made me think “What a great life this man leads, keeping healthy and active with a brisk walk – at that age, I hope I have that enthusiasm”.

Little did I know at this point he was actually just warming up for his sprints session! When I was performing my warm up and drills he approached me and we spoke for a little while (although neither of us could fully comprehend fully what was being said).

Joe, the 76 year old, marched over to the changing rooms waving and pointing for both me and Josh to follow him. At this point I was a little sceptical but he rummaged through his sports bag in excitement to only go and whack out a shiny national medal.

As long as you have got passion, faith and are willing to work hard, you can do anything you want in this life✨ – – – This is 76 year old Joe. Spanish Vet Champion. Joe brings his A game every day. He couldn’t wait to show me his national medal. He even showed me his pacemaker in his chest too. Be a Joe today, make a move.. not an excuse. #ageisjustanumber

You could tell he was so proud, he was bursting with delight and rightly so as he explained how he beat many men from all over Spain and surrounding islands to receive this.

If that wasn’t impressive enough, he then took his t-shirt off and showed us both his pacemaker in his chest too which made it even more of an impressive achievement. Every track session, Joe was there with his smile and retro spikes, getting the job done. I’m sure he would time it just right to wait for me to get to 100m to go for him to start his rep so he could zoom alongside me, but I was far from caring – He was a legend!

I came away from each session with a whole new level of appreciation of the time and effort people give in life. It just shows no matter what your age, race, ability or health, if you want something you will go and get it. There is no reason or excuse to not do what you want to do and it is all about choices and decisions, as Joe proved.

Whilst I was away I received my blood results which I sent off for prior to flying out to Majorca. I was right when I mentioned in my last blog post that I thought my vitamin D was low – at an all-time low actually. There was also a showing of increased white blood cells, meaning I was potentially fighting something off these last few weeks.

I did not realise how much of an effect a slight imbalance of vitamins can have on performance. For what range could be perfectly normal for a ‘non-athlete’ is a completely different scale for us as performing athletes. I know vitamin D sounds so insignificant and there is so much negativity in the news about sun exposure and the risks that come with it, but it is important that we are exposed to the sun’s rays regularly to get the nutrients in which we need to be able to perform and feel at our best.

There is not enough in the food alone to get the requirement and so either a supplement or 10-15 minutes of the rays is vital – hence the reason why so many athletes decide to seek the sunshine at this time of year, especially us Europeans living in the northern hemisphere. Now that I am back home I will take the tablets in order to maintain an efficient and stable level, equally trying to maintain this tan too – which is real for once in my life!

Leaving no leaf unturned, I decided to meet up with an old friend, training partner and also nutritionist, Cara Sloss. Andy and I thought it may be a good time to have a few sessions with Cara to see if there was anything more I could be implementing or if there was anything I was actually lacking within my recovery and diet.

Cara has given me a lot of food for thought, quite literally, and for me, it wasn’t until I saw the results on paper that I realised I actually need to make a change and implement and tweak a few minor things to hopefully gain greater results.

We have already made some ever so slight changes, but this will be an ongoing journey with Cara as we work on a number of things. I’m excited to see the changes and improvements over these next few weeks.

RELATED: “As well as a strong body you equally need to train your mind”

Alexandra Bell features in the ‘Fast 10: class of 2019’ and over the course of the year will share her running journey. You can follow Alexandra on Twitter and on Instagram, while further information about the ‘class of 2019’ can be found here.