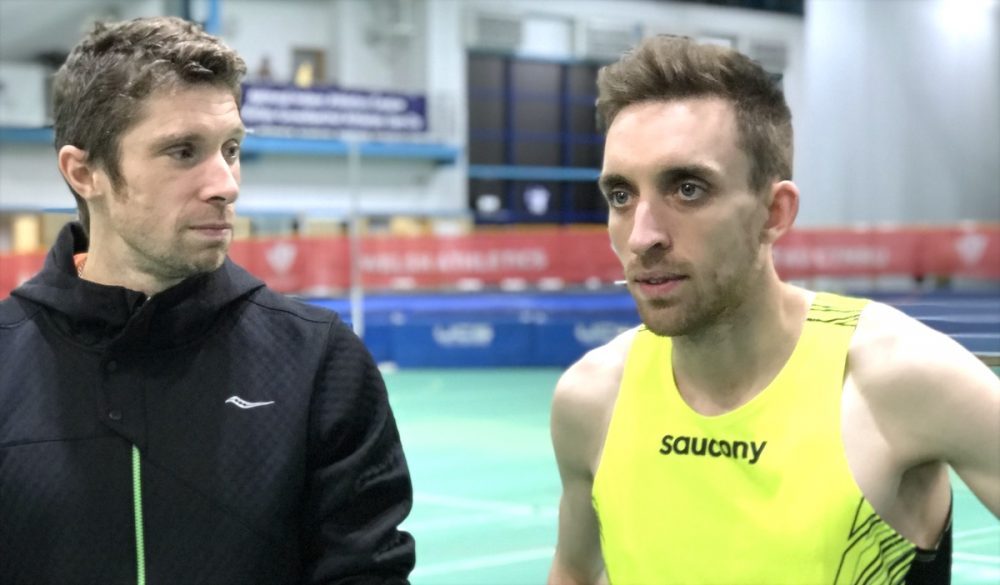 Tom Marshall has faced a difficult couple of months and now finds himself at a crossroads.

So comes the time no runner wishes for. Both Achilles have pulled away from where they’re meant to be, and I am now looking at the real possibility of retirement. Staring direct into a world where running is done.

Yes, there have been times when stopping seems to be the better option. Let’s be honest, 10 miles in the hail and freezing weather in the middle of November after a nine hour working day, or sat at home in front of the fire watching the game with a pizza and beer – we’ve all been there! It not always the hardest option in the world, however, due to the nature of the sport, we choose the run.

Now, ideally, I planned to consider hanging up the spikes in a few years, not through injury, but through starting a family and slowly but surely deteriorating. Take up golf, five-a-side, and hit the gym instead.

However, eight weeks ago I went to see my physiotherapist and was dealt a huge blow. I had just finished my full-time job (a job that I have been in for the last three years) to do some pacemaking on the circuit, and earn some money that way for a few months. That plan was shattered when she took me out of the room and said: “bad news”. Bad news, terrible timing.

Unfortunately, I had no option but to continue down the pacemaking route, with the pain, until I found full-time work again. Pacemaking was my only income, so I had to run through. And believe me, every step was agony.

My Physio warned me that the six to eight weeks off she initially told me, could turn into 10-12, or even an operation with the potential of not running ever again.

Facing no choice has meant running through a lot of pain. Reducing my workload in training somewhat, and hoping for the best. It’s no exaggeration to say that walking in the morning is now a huge challenge.

Thankfully I have now found full-time employment and can stop, and begin recovery. I can see what happens in two months and re-assess what I want in this life. Do I still want it? Do I want to give it one more season? After all, the Commonwealth Games didn’t go to plan, so there’s unfinished business for 2022!

I’m going to finish this season though and hopefully have two-three more races. I’ve done the damage now, and I am physically in decent nick. I’m too stubborn to finish the season unhappy with my times currently. Not advice I’d give to a single person, but in case you see any results over the next two weeks!

So my training over the past two months has included two-three sessions, with two-three runs. Low mileage, and lots of pace specific work to try and shock the system into remembering that pace.

Tom Marshall features in the ‘Fast 10: class of 2018’ and is sharing his running journey throughout the year. You can read Tom’s previous posts here and further information about the ‘class of 2018’ can be found here.