Am I addicted to running? 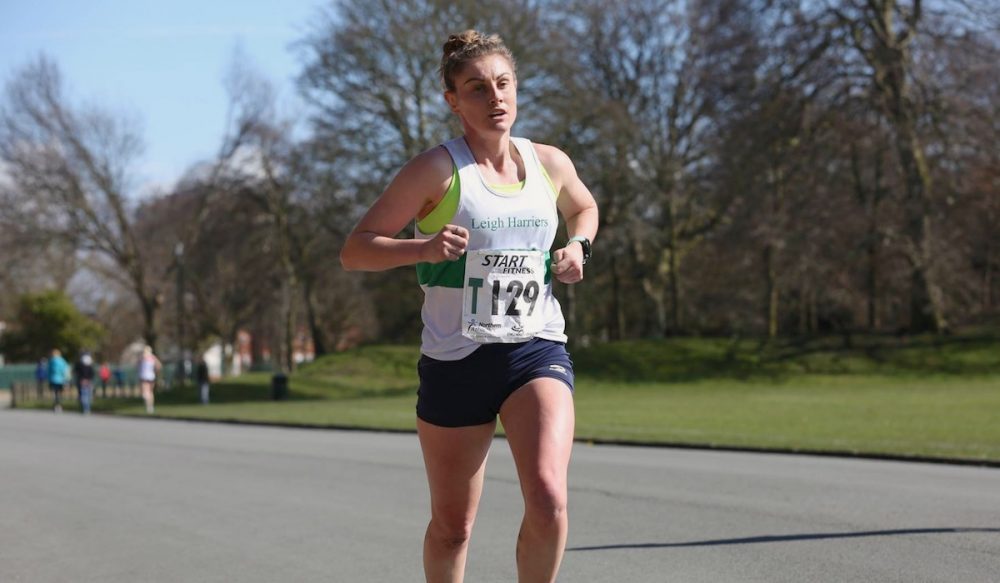 Two weeks out from her first marathon and having got used to 90 miles a week training, Laura Riches is finding it difficult, like many do, to take the foot off the gas and taper before that big race.

They always say you should start off any piece of writing with an important fact or funny story to draw the reader in (something I learnt whilst completing my English masters in the US, which until now I’ve never actually used).

So I’ll start with my funniest yet most mortifying incident this month… to cut it short, on Friday whilst out running before work, I slipped on some mud and landed right on a giant mound of dog poo.

After trying to clean myself off by leaning in the canal, and throwing water at myself, whilst dog walkers, runners and cyclists looked in disgust as they went by, I then had to walk back into school, with said dog dirt on me, and explain why I stunk like a skunk. It was certainly not my finest hour.

Anyway, now that you are drawn in, I’ll go on to my main topic. Is running an addiction?

A question I’ve not really ever considered until recently. I’m two weeks out for my first marathon, a time when I should be dropping the miles and taking it easy, something which six weeks ago I was sure I would relish.

I was praying for those weeks where I didn’t feel like something out of the walking dead, and didn’t shuffle around work on a Monday morning, with many of the kids asking me what was wrong.   Yet, I can’t stop.

I feel guilty if I don’t run that extra 0.1 of a mile to round-up the mileage at the end of a run, if I don’t quite hit eight miles in a Tuesday night session. And if I race on a Sunday, surely my cooldown has to be seven miles plus.   But is this just a love for running, or am I addicted?

I guess I’ll revert back to two weeks ago, the weekend of the Inter-Counties cross country championship, but also the weekend of my first 20-mile long run. It was also an important game in my club’s rugby season.

Anyone in the right mind would have considered the volume of an 8k XC, a 20-mile run and an 80 minute game of rugby and realised that that is way too much.

It wasn’t until then when I started to question it, people thought I was mad, but then I thought “they just aren’t runners, they don’t understand”.   Has marathon training made me mad, has running 90 miles a week become what my body needs? I really don’t know.

However, what I do know, is that anyone in the right mind, would acknowledge a cancelled race due to snow, as a day to take an easy run, preferably inside and sit by the fire.

But not for the majority of Leigh Harriers, who ran through snow and wind storms, through thick snow and minus degree temperatures, and the men of Leigh didn’t go easy on me, we didn’t even question it. It was Sunday, so of course, we ran. And of course, we ran 20+ miles.

Normal behaviour for a runner, or are we all addicted?

My mum said something once about running being as bad for you as cannabis or other drugs – a statement often used on Christmas Day when we insist on going for a run. As you have a need for it, and it makes you happy, it gives you a high which you feel you ‘need’ to survive.

But is it something you must have and need? Maybe she is right, maybe running does make us happy, it relieves our stress, it keeps us on a daily high, until we ‘need’ to run again.

It has certainly been tricky to take my foot off the accelerator and ease down this past week. Even other runners telling me I’m mad. But I’m still itching to run, to do that post-race shake out, to do those extra-long post-race cooldowns. I have no doubt these next two weeks will be the hardest yet. 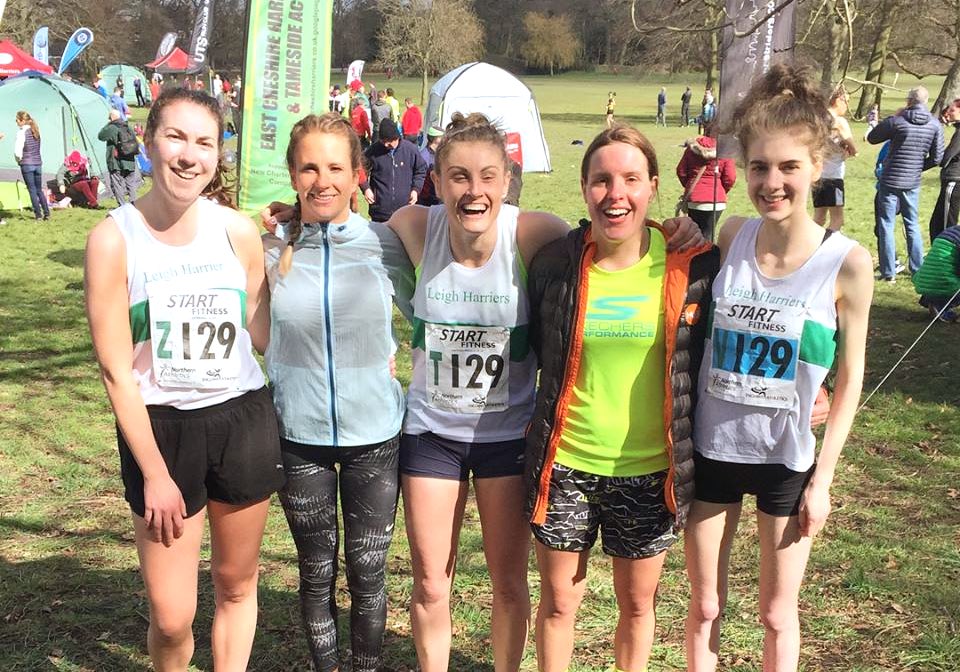 Would time off running through injury be harder than not going for that extra run? Surely it is, so maybe listening to my body now is the thing to do, before falling into that trap, as so many runners have, and I previously have myself.

Take my dad, for example, he will change anything with his weekends… as long as he can fit a run in.

So is running an addiction, is it my addiction?

Well, I seem to lack the ability to stop and take it easy / reduce the volume, so I guess the answer is yes!

But here’s to two weeks of people restraining me, telling me not to run, and hopefully feeling fresh on the start line in a fortnight. After completing a 25-mile run last week surely I’m ready, right?

Additionally, just a shout out to our club (photo above) who had a great day out at the Northern Road Relays at Birkenhead Park at the weekend. Despite two of our team missing the start of their legs, we were still smiling with a shiny seventh-place finish.

Safe to say the speed of a 2.3-mile race doesn’t feel nice after a big week of training.

So finish off how I started this article… last night my phone died two miles into my 15 miles run home from work, and I ended up spending almost two hours lost somewhere between Trafford and Worsley. My life is ridiculous!