When injury strikes in the biggest race of your life 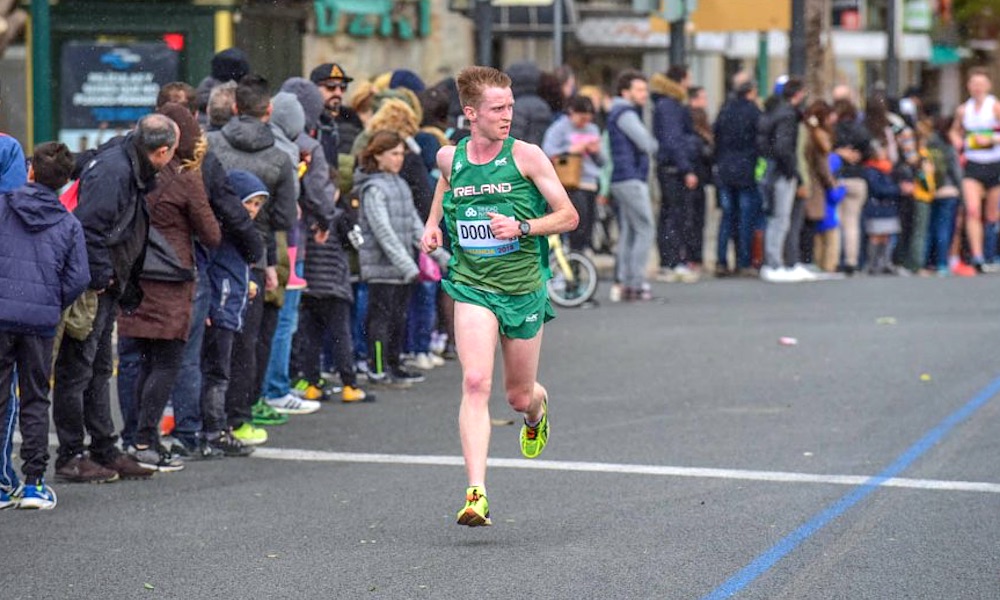 Valencia was supposed to be a crowning moment in Kevin Dooney’s running career but an injury had the final say.

The World Half Marathon Championships in Valencia was easily the worst race I have ever experienced; a first mile that was too hard, then my hip just stopped, followed by a few miles of hurt, before drifting aimlessly backwards through the field.

When I arrived at the finish line people were surprised that I had not dropped out.

The fact that it took about three weeks to get back walking without a noticeable limp, something people seemed to constantly remind me of, at least confirms that I was trying to run through an injury that ultimately defeated me.

Generally, I’ve found it reasonably easy to bounce back from bad races in the past. I tend to just take my medicine and get back training for the next one. But when a disappointing race also injures you, the mental wounds are left open without much scope for recovery.

There is something about lingering pain that is really tough; every step becomes a needling reminder of what is wrong with you. Voices of concern about your “limp” or “hobble”, while coming from a place of concern, equally act as a constant reminder of how far away you are from the place you want to be.

Throughout this time I’ve at least been forced to re-examine my goals for the upcoming season. I have come to the realisation that it isn’t possible to keep shooting for every major championship on the calendar. Trying to squeeze two half marathons into the first three months of the year on the back of a hard cross country season was always going to be extremely difficult to do right.

It certainly proved a bridge too far and has seen a lot of people telling me that I need to take a step back, but when you’re at the coalface of your own career this advice is tough to take on board.

What I enjoy most about the sport is trying to compete at the highest level and pushing to get the most out of myself.

While on this journey I am frequently advised that I need to step back, rest, and look after myself. However, this is quite often from people who in equal measure, will tell me the key to getting to the next level is to make sure you are training incredibly hard.

Of course, this is a tightrope act. Both schools of thought are valid at certain points of the cycle, but the tendency of less is more is still a concept I’m working on.

If nothing else, from being injured I’ve had some time to look at areas I need to work on. The recent breakdowns in my body have made me truly face the music that I need to get very serious about rehab and the “little things.”

I’ve started a weekly yoga class which I’ve heard can be very beneficial for runners so hopefully some results can come through there.

Choosing to invest even more time in physical activity versus resting may seem paradoxical but there is something very peaceful about spending my Friday morning exercising my body without running as the sole focus.

When I examine my running and training there are still some glaring holes that I need to plug. But as long as I can produce answers to the questions of why some races have gone poorly, which I may not always like, I can at least give myself something to work on.

Perhaps the greatest revelation of this break has been discovering the “podcast hug” of Blindboy, I’m late to the game admittedly but on night’s spent with little to do it has been a nice escape from my own voices. If anyone needs a bit of picking up for an hour I can’t recommend the series enough.

At least it is still early in the year and I can afford to be patient. Walking no longer hurts so getting out of bed and trying to live my life isn’t acutely painful which I’m now appreciating compared to the past few weeks.

What goals will get shifted and where the focus will go from here will all depend on when my body gets in swing again. I am aware that a four-week injury is minuscule compared to what other athletes go through, but nevertheless, it has still taken its toll on me mentally and physically.

This Saturday I completed my first pain-free run since crossing the line in Valencia, the first miles of what will hopefully be a long summer.

Kevin Dooney features in the ‘Fast 10: class of 2018’ and will share his running journey every month. You can read Kevin’s previous posts here and further information about the ‘class of 2018’ can be found here.

Running should be fun, but we often forget
Mental health: If I spark one conversation it was worth sharing