Reflecting when a race doesn’t go to plan 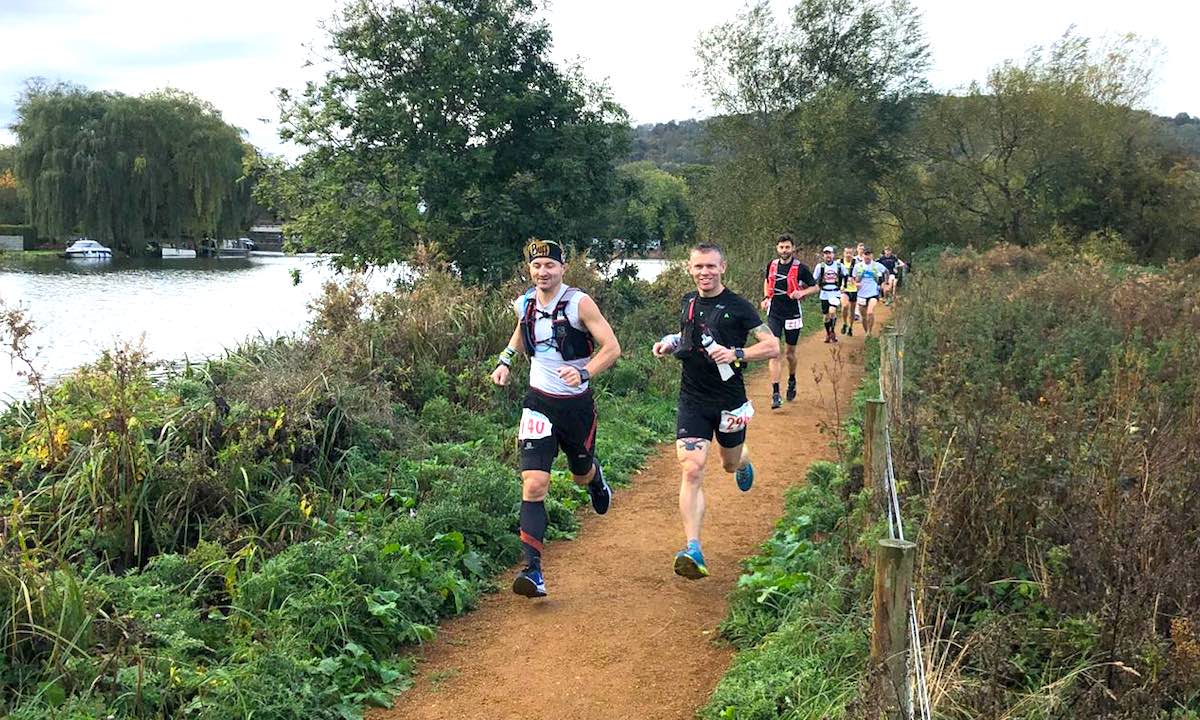 James Stewart reflects on the Autumn 100 after calling it a day midway through the 100-mile race before a serious injury occurred.

Gamut is a great word, isn’t it? Look at it. It even reads oddly. Like it doesn’t care. Sorta like the people who wave their arms in the air during the song ‘Word Up’.

But it is not describing a good thing here. It was a gamut of emotions I went through at the Autumn 100. A race where I had big expectations only to be hit with a big deflation. What happened I hear you cry? No. Shout louder please!

The simple story is I twisted my ankle early on. Early as in within the first five minutes. The first kilometre. I hadn’t even gotten my shoes dirty. It was not quite that cut and dry. I ran on, but I could feel it.

Then after I twisted it again at around 20 miles, I believe I did the damage that was to result in me making the decision to drop out at just after 40 miles.

By the time I got to 37 miles and the third checkpoint I had gone over it again, and what was happening is that classic situation when you are trying hard not to do something that much you end up doing it.

I liken it to the feeling you get when you hold something over a balcony or a drop of some sort. You know that way you grip so hard that you end up losing grip!

I was doing that in a running sense and the Grime’s Ditch section of the race undulates and twists and turns. It’s not technical but it involves a lot of ankle movement and everytime I stepped on uneven ground I was in pain. It was getting worse.

Coming back down the hill on the return I couldn’t pick up the pace. Well, actually I was choosing not too as I was scared of twisting it again and also the pain was getting troublesome.

Dropping out and reflection

I could have pushed it and I could have continued, but I decided to drop out. At the time, I had opened up a seven minute lead on second by 37 miles, but I knew I’d be putting myself at danger of long-term damage if I tried to push on. In the age of social media, you get worried about how others might judge you. Was I being a wimp? Should I have toughed it out for some muscle emojis on Instagram?

I could have used hashtags like #warrior #toughman #lookatmeIamstupid – No. Not really. James Elson, Race Director for Centurion, summed it up best when he sent me this: “Sometimes a physical problem is insurmountable.”

I hadn’t thought of it quite as plainly as that. It’s 100% true. Instead of creating bad role modelling by running into injury, I actually realised what I had done was positive role modelling. And that is important. Sometimes the decisions you least want to make are the most difficult.

I had James and Des waiting to pace me. Travelling for hours, giving up their weekend, only to be told to stand down as I started the race with the grace of a new born deer. I let them down. Or so I felt. They were amazing. As were my wingmen Alan and Andy.

The Autumn 100 is a great event. I was seeking retribution after a horrible race the year before. Instead, I got a kicking. That is ultrarunning for you. Third time is a charm eh?

In spite of this, I had a great time. It was fantastic to see my buddy at Sky, James Williams, take his maiden 100-mile win. A big scalp and the first of many I am sure. It’ll be him giving me advice next.

I got to chat with GB team-mate Craig Holgate for 25 miles, that’s not something those 200m runners get to do. I had pre-race pizza with two of Scotland’s greatest ever in Sharon Law and Debbie Martin-Consani. There were more than enough highlights to outweigh the bad.

However… the race is in the past. I have an itch that needs scratching and 2019’s plans are clearing up. I am excited about them. I am glad I will be training hard again soon.

The troughs I have gone through, you know waking up at 4am thinking I should have made a different shoe choice, or that I should have carried on or that I should have tripped up all the leaders as they passed out of pure spite, have started to dissipate. They’re not gone yet. They never will go fully. But they will be fuel to the fire. You can be sure of it.