Before this summer becomes an autumn 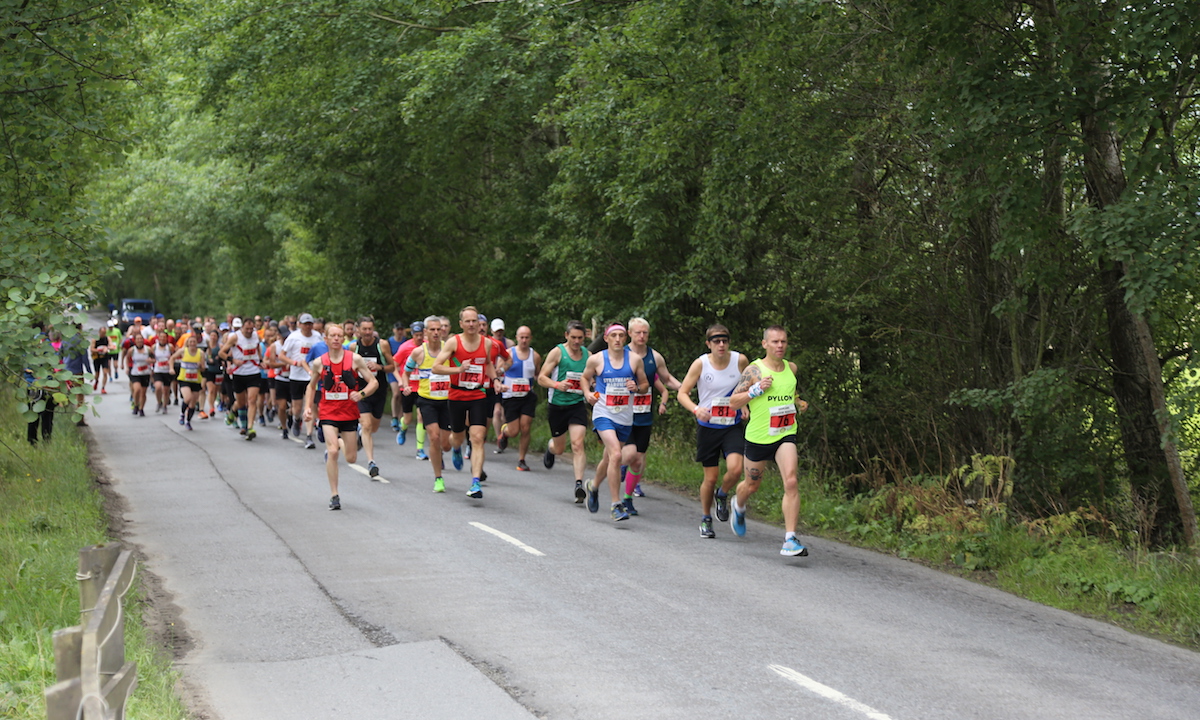 As James Stewart prepares for the Centurion Running Autumn 100, the British international athlete asks if it’s time to go go.

Autumn is dominating the mind right now. The return of the pre-dawn runs. Long sleeves winking at me from the top of the running drawer.

The odd smell of fustiness that comes with gear that hasn’t been used for 6 months or so making the tempting wink easier to brush off, but eventually the cold overpowers the want to smell spring fresh.

For now, sleeveless tops and mid-thigh shorts are still the order of the day. [It’s not pure baltic yet – Ed.]

Another reason for autumn being at the forefront of the mind is the upcoming 100 mile race I have. It is the Centurion Running Autumn 100 (A100) which takes place on 13th October. It’s a four spur course, four times 12.5 mile out and back sections along the Thames Path and Ridgeway trails from Goring.

Goring is where the late, great George Michael lived. That could be a cue for some really bad puns but of course, writing for a serious running website means I don’t have the Freedom to make such crass jokes, or indeed I have to be aware that any little Careless Whispers about the site could cause reputational damage to Fast Running.

That kind of thing is better left for the Fastlove website. Wham! And that is enough, please…

‘Cause I’m not plannin’ on going solo

Preparation is going well for the race. Really well. The field is starting to look pretty stacked with some high quality runners on the start list. Just finishing in the top 5 will take a great run. That’s what you want as a runner and a competitor; a field that forces you to reach for your best.

I’d much rather finish third in a deep field than first in one where I am a clear favourite. At the top level we all strive to be the best we can be, and then results will take care of themselves. I hope! Guilty feet have got no rhythm

Since I last dropped a blog here I have had a couple of low key races. The first was the Tom Robb Memorial trail run. It is a local seven-mile trail race which, as the name suggests, is a memorial run for the aforementioned Tom Robb. Sadly, Tom – who was suffering from dementia – went missing a few years ago in the valley in which the race takes place. He is yet to be found.

The race raises awareness and money for various charities. I won the race in 2017 and despite improving on my then course record time by nearly 80 seconds I could only come in third place behind a couple of proper racing snakes. Short races hurt!

The second race I had was a week later at the Highland Perthshire Marathon. An undulating two loop road race starting and finishing in the beautiful village of Aberfeldy. I was lucky enough to take the win despite having to ease back the last eight miles as my right quad tightened.

The run itself was just what I needed and wanted in a period of intense training. I find a good solid marathon or short ultra is perfect preparation for a longer race six to eight weeks out.

Waiting for that day

At this stage in ultra training it is tough. Long runs, 50-60k training runs on trails, are the norm at weekends. Early starts are earlier to get an extra few miles on the clock and as well as training the legs there is the small matter of trying to nail a race day nutrition plan. That means experimenting with eating, drinking and the likes whilst doing the longer efforts.

There is also gear. What packs to wear in order to carry the mandatory equipment, which shoes are best for the conditions, what hairspray should I use so that my side shed looks slick on those top quality Centurion photos? It’s all stressful you know!

Then there is making sure my gear matches, can you imagine how bad it would be to have a green top with blue shorts? As we all know, blue and green should never be seen.

Albeit that could be a very Glasgow specific mantra based on the fractious footballing rivalry that dominates my home city in everything from the colour of the pub pool tables to the fact that you cannot buy green Pepperami at one of the stadiums. Yep. I’ll wear what I want and I’ll wave my hands in the air like I don’t care.

It’s nearly time. My last 100-mile race was A100 last year and that was a bit of a trial. I was well outside my target time after suffering with illness and sickness for the last 70 miles of the race.

I’ve changed plenty of little things this time around to try and make the differences needed to avoid a repeat. Next time I put a blog you will know the outcome. As Mr Michael sang, “you gotta have Faith…”

What really is ‘fast’?
Reflecting when a race doesn’t go to plan