Not every day will be perfect 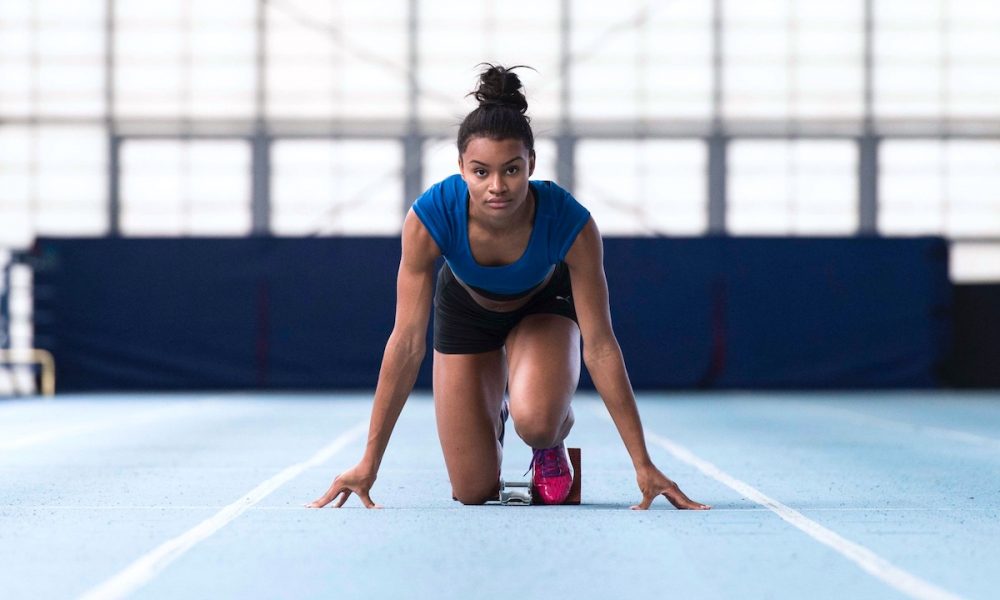 Striving for perfection every day is not easy, in fact, it’s impossible. Imani-Lara Lansiquot now realises you can lose a battle along the way in order to win the war.

As you have probably guessed, there is a new buzzword, following on from ‘patience’ and ‘independence’ in previous months. This time I decided to go with ‘trust’.

Looking back on last month, March is never an easy month in an athlete’s diary with the transition from the excitement of the indoors into a heavy chunk of outdoor preparation.

Interestingly, I learned a lot about myself in a seemingly monotonous month, and found it quite a test of my character, with athletics and university commitments.

It has been a while since I have been injury or rehab free in March, and so I made the most of it in training and really pushed myself to get those harder sessions in my legs, while also aiming to soak up everything I could from a technical perspective. I did this all in the hope of giving myself the best chance for the outdoor season.

This time of year is also really important in terms of assignment deadlines and revision, and with the home straight of the academic year approaching that had to take a big priority.

Even though juggling all of this might seem quite heroic and may even give you the impression that “Imani’s got her life in order”, believe me, the reality is very (very) far from it.

I actually applaud all graduated student-athletes out there, who have been there and done it successfully, as there have been many times in the last few months where I’ve felt like giving up.

And so this daily battle with my commitments led me to the buzzword ‘trust’; as without trusting myself to be bigger than all of the small daily battles, there’s no way I would’ve made it through to the other side.

Many of us ‘sportspeople’ are perfectionists of our craft – especially in athletics, where we essentially spend the whole year training to nail just two to three months of racing.

I can definitely relate to this, and am a bit of a (…okay, a massive) perfectionist in my everyday life; and so in March it all came to a head and I reached a point where I knew needed to give myself a break.

It’s okay to lose a battle

Even though we all want to win the war, in order to do so, we have to lose a couple of battles along the way.

This was such a big lesson that I learned, as in such an individual sport, it is easy to become entangled in the busyness of life and the expectations.

Nevertheless, when it comes down to it, it’s about recognising the small wins, trusting yourself to overcome the losses, and most of all enjoying the process.

We can all aim for perfection, but that doesn’t mean that we shouldn’t appreciate our realities so times.

Training in March was a big wake-up call from the indoor season, as we’ve been reinitiated into the harder track and grass sessions, heavier lifts in the gym, and an even bigger focus on our technical work.

As hard as it has been, it’s been a lot of fun chipping away at my weaknesses leading into the outdoors, which for me is due to start in the middle of May.

My main aims for the first portion of the season is to regain some familiarity with my favourite event (100m), and also to have some fun dabbling with the 200m.

I look forward to seeing how everything plays out, as this is my first year in a new program. It would be great to leave the outdoor with some new PB’s and more senior experience, but most importantly leaving it confident and injury free!

At the start of March, we celebrated International Women’s Day, and I was lucky enough to speak on ‘Sky Sportswomen’ about my experiences as a female sportswoman, and how inspirational I found the British ladies’ accomplishments at the World Indoor Championships.

This year’s ethos was #pressforprogress, which I felt to be an extremely impactful one, as it encompassed the notion that not only are we becoming more aware and active in tackling gender disparity, but that as women, we are making our voices heard and breaking the boundaries between the sexes.

It’s a great time to be a young woman, and I was super honoured to have the opportunity to speak about the day.

It was also great to see so many other female athletes honouring IWD on social media!

Imani-Lara Lansiquot is part of the ‘Fast 10 – class of 2018’ and this year will share her running journey every month. You can read Imani-Lara’s previous posts here and further information about the ‘class of 2018’ can be found here.