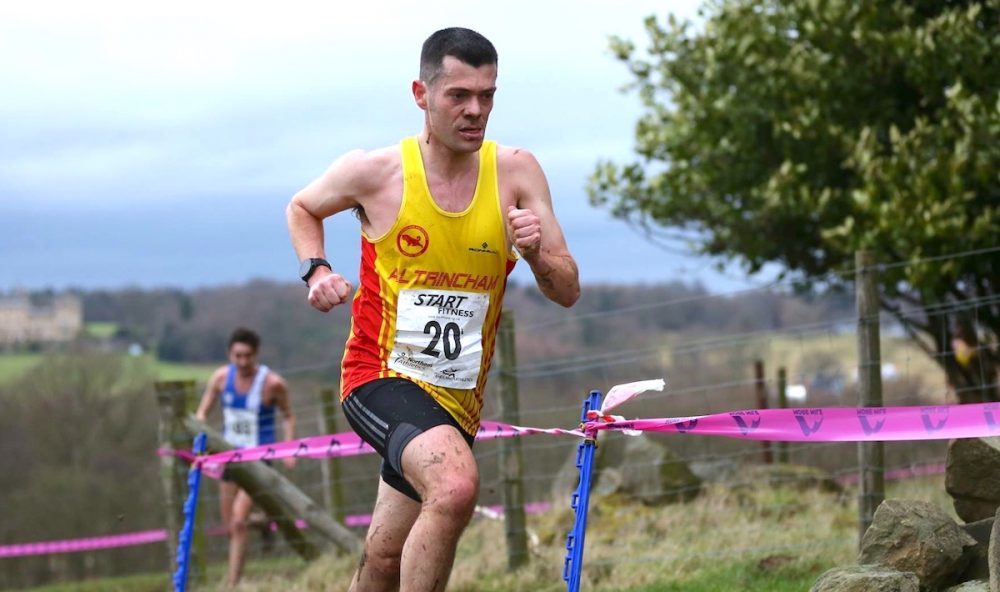 Dave Norman has endured a challenging time of late, but he won’t let it keep him down, and takes a moment to reflect on the inspirational figures throughout his life.

It’s fair to say I’ve had a pretty rough time since my last post on Fast Running. More on that later.

The challenges of the last few weeks (and years!) have got me thinking about how many inspiring people there are in the sport and how inspirational figures take many different forms.

His resilience and perseverance, along with my dad’s continued successes, was a renewed level of inspiration for me. He had stuck with it and was being rewarded for his perseverance.  Again, I didn’t need to look far for more inspiration.

Once I started to see improvements myself, my steady rate of individual progress was largely what kept me going and I enjoyed a gradual level of progression up to about 2002 when I made a big jump forward and finished 18th in the National Cross Country Championships (improving from 72nd the previous year) and a four-minute PB of 65:24 for the half marathon en route to my debut marathon 2:21:01 as a 23 year-old.

The years that followed

Looking back, I don’t think I appreciated at the time just how much my club-mates inspired me too. We had a really good group down at the track week in week out, working extremely hard on club nights, and the 9am Sunday runs would always be well attended. I’m not a morning person, but if they could get up and do it at 9am, then so could I.

Between 2002 and 2014 I enjoyed great consistency, with 13 top 40 finishes in the National Cross Country Championships. During this period, I was very fortunate to not suffer any major injuries and time off running due to injury was pretty alien to me.

There is no doubt this is why I was so consistent over this period of time! The internet grew massively during this period, and discussion boards such as Lets Run, University Athletics and Eightlane allowed us an insight into the training of some of the top club runners in the UK. Seeing the work ethic of athletes that you race against regularly certainly inspires you to get out there every day, no matter what the weather. I actually blogged myself for the Runners Life website, and it always amazed me at the time when runners would approach me at races and say how much my blogs and training diaries were inspiring them as runners.

Then came the setbacks

Since 2014, I have started to experience some injuries which I won’t bore you with but suffice to say all the consistency I enjoyed over the preceding years has ceased to exist!

Suffering setback after setback, and realising that at 39 years old, you are unlikely to ever run a PB again, you naturally question whether you want to continue.

Thankfully though it’s a question I only ever asked myself momentarily as performance is not the be all and end all for me. My competitive edge and my desire to run as well as I can is still there.

I will always run as I enjoy the challenge, whether that’s at the top of my game trying to run a marathon PB or crack the top 10 in the National, or whether it’s trying to improve on my last time in my local parkrun.

I appreciate the friendships the sport has given me too, I appreciate the support my club has offered to me over the years, and I want to continue to reciprocate that support. I do also appreciate that if I want to run well again, a lot of hard work over a consistent period will be required.

So onto recent events, and how inspirational figures have changed for me during more challenging times. I had been making good progress with my training. I entered the Wilmslow Half Marathon with a view to securing the time for elite entry into either the London or Manchester Marathon as a V40 in 2019.

I had hit my first 20 mile run and my first 100 mile week in three years. I was knocking out kilometre reps well under three minutes once again. This was after being unable to even run a single one for some time in training. Importantly, since November I was injury free and was massively looking forward to my next race.

Then there was a little incident on my brother’s stag weekend in Lisbon.

Walking the short journey back to our accommodation late on the first night, I sensed I was being followed. I turned around and was hit over the head with a weapon. While lying on the floor, my head now bleeding, I managed to escape to the safety of a nearby hotel before my assailant could take anything more than my phone.

The mugging was obviously quite a traumatic experience, but I was determined not to let it change how I led my life and as soon as my head was stitched up, I (perhaps foolishly) left the hospital of my own accord to get on with the rest of the weekend. Definitely foolish was playing 18 holes of Foot Golf two hours after leaving the hospital and doing a very good job of pretending to be ok!

Then after nine days of no running due to whiplash injuries and concussion, I managed to get seven days running in before tearing my calf on a long easy run. If the mugging wasn’t enough it was back to the injured list for me.

As an injured runner you don’t have to look far for inspiration, and on the occasions that I am injured, I will still regularly pop down to training nights and catch up with my coach and training partners. And without fail, there will be somebody there who is on the comeback trail, who’s been working incredibly hard against the odds to get themselves running.

At last week’s visit to the Wythenshawe track, I watched with admiration as Michael Rimmer completed a gruelling session. I can remember Michael being out for eight months with a back injury once, but he’s bounced back and run well since. He was being watched by Eilish McColgan, who herself has had several screws in her foot after a foot surgery but is now running better than ever before.

At my club, there is Lora Blann, who had her best ever cross country season this winter, and contributed to this excellent article that was published on the day my physio gave me the all clear to start running again with a one mile jog.

This week I saw perhaps the most inspirational running video I have seen on youtube, and I would urge any runner to watch this. Tom Holden of Tonbridge is a talented young athlete who I first became aware of when he just beat me in a 3000m at Watford running 8:30 when he was just 15 years old!  He has since ran 8:11 for 3000m as an Under 20 and looked set for big things.  Below is Tom’s story.

If Tom can work as hard as this in the last year with everything that has been thrown at him, then there’s no reason why you or I can’t. I don’t know Tom personally, but I know his video has really inspired a lot of runners out there, myself included, so thank you Tom and good luck with your continued rehabilitation.

Dave Norman features in the ‘Fast 10: class of 2018’ and will share his running journey throughout the year. You can read Dave’s previous posts here and further information about the ‘class of 2018’ can be found here.

What is the secret to a ‘perfect’ race?
What to do when your race goes to s**t