Is it possible to find the right balance? 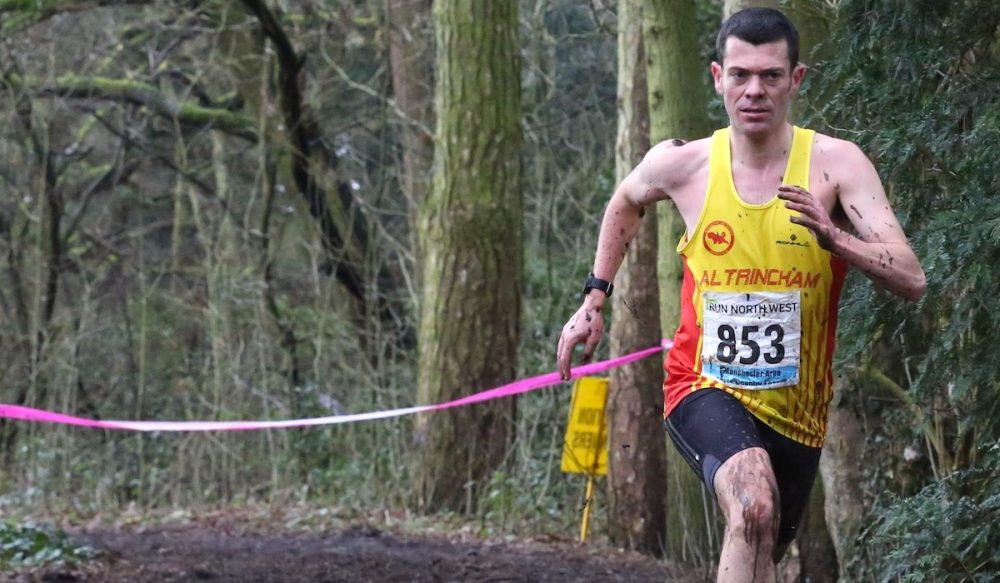 Dave Norman takes stock of the many hats he was wearing in February, including race organiser, managing the opening of a new running shop, and as a runner.

The month of February is always a pretty manic month for me, but this year more so than usual. Many of you reading this will be aware that I organise the Trafford 10k, a race that I first started organising way back in 1999.

When I first took on the task of organising the race, it was a very low key event with 100 or so runners from the local area taking part, but each year it’s got bigger and better and now attracts runners from every county in the UK and internationals from all over Europe.

This hasn’t happened by accident, a huge amount of hard work has gone in promoting and developing the race each year, and February is now always a huge juggling act balancing full-time work, organising the race and my own training.

This year was always going to be even more of a challenge. I started a new job in January working for Run North West, as the buyer and store manager for their first retail store, and it was decided that the opening date for the store would be nine days before the Trafford 10k.

Two weeks before the shop was due to open, we had an empty building with no fixtures and fittings, no stock ordered and still needed to interview for staff. This was going to be a tough few weeks!

Balancing the demands of training, working, family life and other things that are important to us is one of the biggest challenges for a runner.

When there are so many demands on our time and energy, it is inevitable that something will have to give. This might be sleep, it might be taking time to cook and eat well, it might be spending less time with your family and friends or less time training.

In my case, it ended up being a combination of all of the above!

I’d seen great progress with my training and racing throughout December and January, and I was keen to keep that momentum going, but I knew it was going to be very difficult given the circumstances.

You are never too old to learn

One of the things I think had made a massive difference in my progression over the last two months was an improvement in lifestyle.

I’d been sleeping really well, eating better than I’d ever eaten before and foam rolling on a daily basis. These were all things I’d paid little attention to previously, even at my best, and I was surprised just how much better I felt by focussing on this attention to detail.

It left me wondering whether I could have some faster PBs if I’d paid a bit more attention to these things when I was running at my best!

I took part in three races in February. First up was the final race in the Manchester Cross Country League. It was a very late decision to take part as I had planned to run the Armagh 5k five days later, however, Armagh was looking very unlikely due to the timing of the shop opening.

The great thing about the League this winter has been tracking my progress on my return from injury. Having finished 26th and 13th in the previous two matches, I was keen to get myself into the top 10. Although I finished 7th, I was hugely frustrated after falling heavily on lap 2 while clear in 5th place and only losing 5th place in the closing stages.

It felt strange to come away with my best position of the season and feel the most frustrated I’ve felt all season, but as you get fitter, your standards and expectations definitely go up!

It was one day later when it became apparent I would actually be able to go to Armagh. I hadn’t raced on the roads since tearing my calf in September, apart from a 17:11 parkrun in November when my fitness was at an all-time low, so I was feeling rather apprehensive.

It didn’t help that I’d been working around the clock to make sure everything was in place with both the shop and the race to allow me to travel and I hadn’t run a step for two whole days. I was also feeling run down and like a big dose of the flu was about to hit me, however having a day to relax in the hotel before the race did my body the world of good and really sorted me out.

I was therefore pretty pleased with my time of 15:25, especially as I finished feeling like there was a lot more in the tank and gave me the belief that when I line up there next year in the V40 age group, I could potentially run sub 15 minutes again.

The best race of all

Onto the National, which is always a special race for me as I haven’t missed one since 1997. I finished in 156th place which I didn’t feel was a reflection of current fitness, but was a good reflection of how running had taken a bit of a step down the priority list over the previous two weeks.

It only served to highlight further just how important sleep, diet and consistent training are because all three had been impacted by the previous week or two.

As it so happened, this year’s Trafford 10k never even happened! A spell of freak weather meant that we had to cancel the race, which was incredibly disappointing after a lot of hard work.

Things are starting to settle down now and my aim for the next few weeks is to return to where I was a few weeks ago. Consistent training, good quality sleeping routine, taking the time to prepare fresh home cooked food as much as possible and have a healthy balance between work, training, and other commitments.

The key to this will be time management and planning and preparation.

Dave Norman is part of the ‘fast runners: class of 2018’ and this year will share his running journey every month. You can find out more about Dave here and further information on the ‘class of 2018’ can be found here.