Who said racing too much was bad for you? 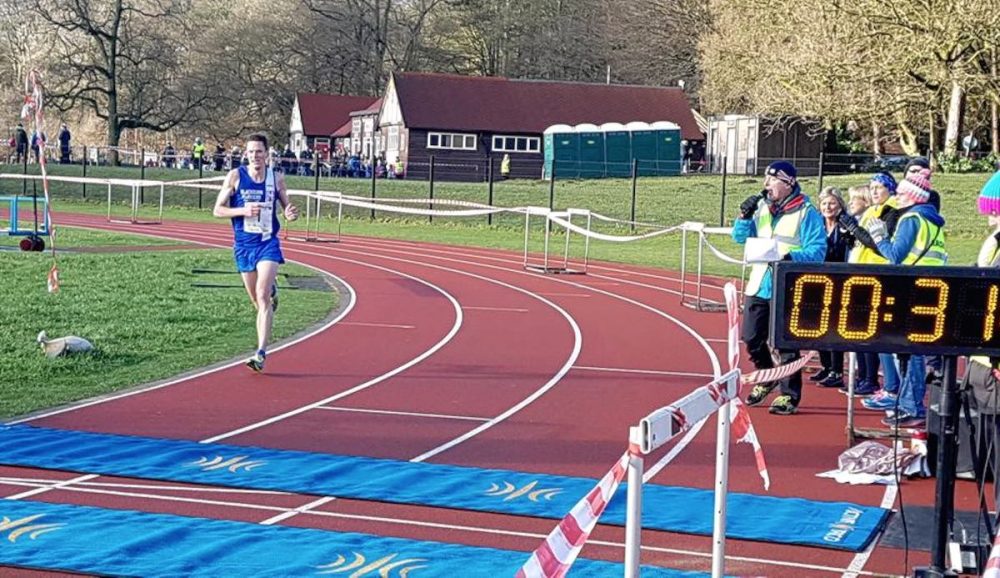 After beginning February with a 10k win, Ben Fish had a busy month of running that included multiple 100-mile weeks, a strong performance at the National XC, before winning a half marathon the next morning. He tells us all about it.

The month started with the Blackburn Winter Warmer 10k, which is a hilly course which starts and finishes on the track at Witton Park. Myself, club-mate Tim Raynes and Danny Collinge occupied the top three places last year and a similar battle unfolded on this occasion.

I carved out a small lead at around the 6-7 kilometre and went on to finish the race in 31:58, four seconds faster than my time last year and about 30 seconds ahead of Tim, who also improved on his previous time. Collinge came in third, completing a repeat of the 2017 race.

The next three weeks were all about getting down to the nitty gritty as far as the training was concerned. I can’t wait for the evenings to get lighter though, as I’ve found it a right pain in the ass running back home after work with the headtorch; I just never seem to be able to run quite as fast in the dark and it’s made tempo runs and interval sessions a bit trickier.

It’s also been an important month with the On Ambassador team; we had our inaugural meeting on the 18th February down in Loughborough. We got to learn a bit more about the On Running brand and had a talk through what type of gear would suit us for training, marathon racing and shorter distance racing.

Andrew Hobdell, one UK’s top distance coaches, also provided a question and answer session about the marathon, which was very informative and I’m sure all of us came away from the day having learned quite a lot. 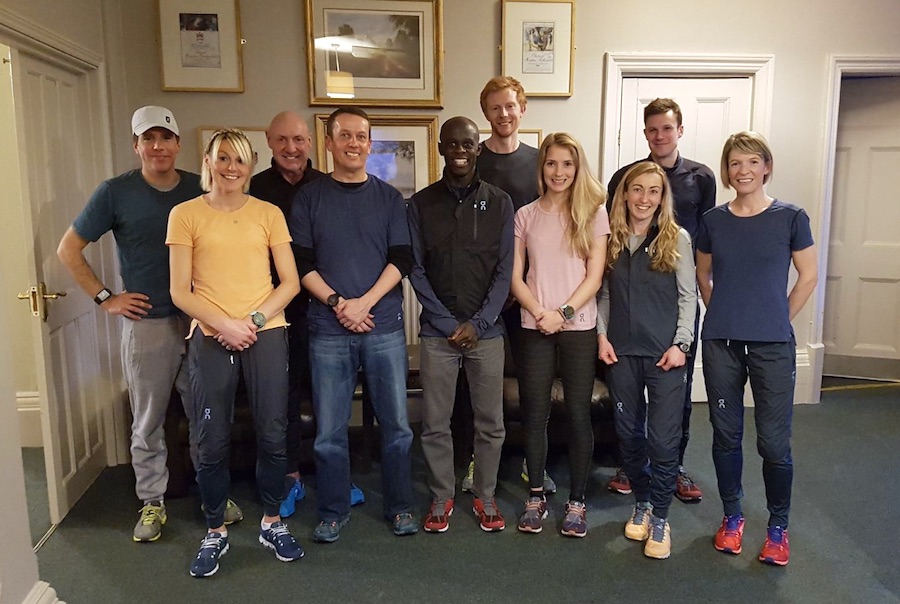 It was a pleasant day and pretty good for a nice ride down on my Royal Enfield motorbike, though it soon turned nasty on the way back; I suppose it’s typical for it to start raining heavier the further North you get.

The next weekend has been one I’ve been looking forward to for quite some time. At Blackburn Harriers, we’ve had the National XC race at Parliament Hill pencilled in for a number of months.

We wanted to make it a memorable weekend, spending a couple of days in the capital with good camaraderie and hard racing, just what being in a running club should be about – as far as I’m concerned.

It would be a tad busier for myself, as I also agreed to compete for the On Team the following day at Thorpe Park Half Marathon. It would be a good test, racing on tired legs and good preparation for the marathon in April.

I had a slight snag earlier in the week when I fell on a bit of icy road and bashed my right hip, which bruised quite a bit. Thankfully I already nailed a couple of decent speed sessions on Monday and Tuesday, so it was just a case of plodding about for a few days to loosen it off, which just about did the trick.

Conditions were good for the National on Saturday, it was cold, but nice and sunny, it was also pretty good underfoot, which was certainly a plus for a “roadie” like myself!

There’s something magical about this race, even more so when it’s at the iconic Parliament Hill course, were so many greats of yesteryear have graced those muddy fields. We were off at 3pm charging up Parliament Hill, except I didn’t really “charge” and set off like I was in a half marathon and found myself well down the pack in the early stages.

Having ran here a few times over the years I ought to have known better, but as there was still the best part of 12k to run, I just focused on being patient and worked my way through. Gradually I kept clawing my way through the field and I was surprised at how good I felt, I kept hearing spectators shouting out rough positions to the runners and I was getting closer to that coveted top 50.

In the last mile or so I managed to pass Salford’s Carl Hardman, who I knew must be around the positions I was aiming for. The finish is always rapid at Parliament Hill and with it being good under-foot it was even more so.

I managed to pass Gary Priestley and as with the Lancashire Championships, I was a mere second or so ahead on the line. My final position was 48th, which I was thrilled with, having seemingly veered into obscurity over recent years at cross country.

Most pleasing however, was Blackburn Harriers being the 22nd team, which is a huge step forward for us. We were spearheaded by a superb run from Rob Warner in 27th, with Tim Raynes and Jack Hindle also well up in 101st & 153rd places. Matt Nuttall, team manager “Captain” Guinan and coach John Chaplin backed up what was a great effort from the club. I did find it quite odd that we were the only Lancashire club with a complete men’s team though.

Racing again the next morning

On Sunday morning it was the Thorpe Park Half Marathon, where I competing with fellow On Ambassadors, Kojo Kyereme and Russell Bentley (who also raced at the National). Despite the early start at 9am, I felt quite good, which was just as well, as Kojo set off at quite a lick, covering the first mile just outside of five minutes.

I managed to keep with him for the first few miles and was able to open up a small lead of about ten seconds by five miles, which I reached in 25:38. The course slows a bit at around halfway as there’s a bit of a hill, but despite slowing a bit, I still felt like I was making good progress.

I reached 10 miles just outside 52 minutes, but a bit of stiffness from the previous day was starting to creep in and despite the course being flat in those last few miles, I wasn’t able to increase the pace.

I crossed the line in 69:06, just over a minute ahead of Kojo, who’s come back from a long layoff, so that’s certainly a promising result, especially given the windy conditions.

Russell Bentley made it an On-Running podium, with a solid effort for third despite having to contend with hamstring issues after the National.

All in all, it’s been a good weekend of racing and a decent month of training, the next aim is Bath Half Marathon on Sunday 4th March.

Here’s my training for the past three weeks:

Ben Fish is part of the ‘fast runners: class of 2018’ and this year will share his running journey every month. You can find out more about Ben here and further information on the ‘class of 2018’ can be found here.

Are we too obsessed with the marathon?
The challenge of avoiding illness and injury