‘That’s running, sometimes it doesn’t make any bloody sense at all!’ 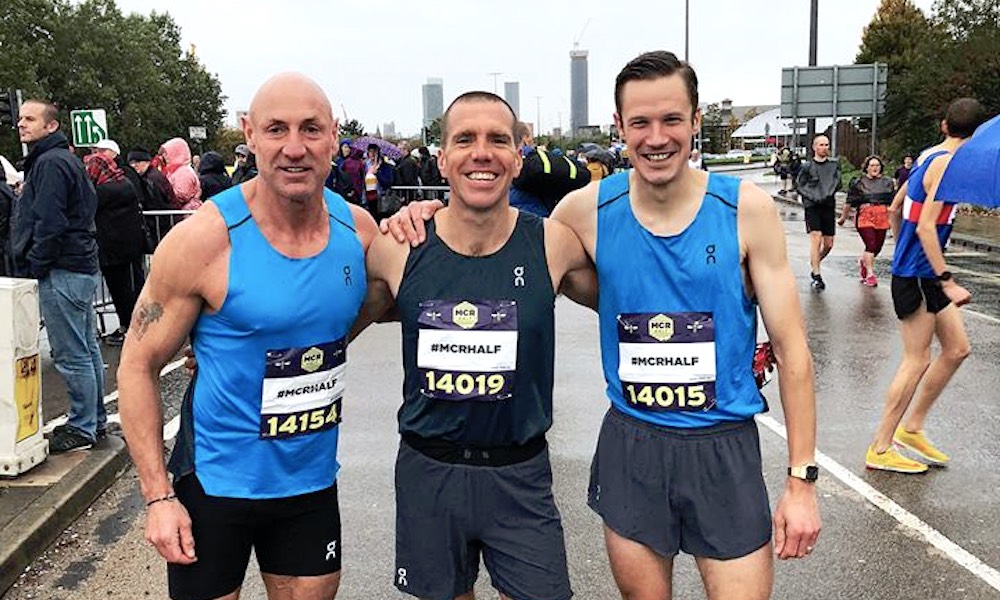 Ben Fish is left puzzled after struggling in one race and feeling like a world beater in the next.

Off the back of a decent September, where I had some solid results and decent training of around 400 miles tucked away, I was expecting to do much better recently; especially at Manchester Half.

The national road relays went quite well, I had quite a decent run and we managed a very credible 30th, which is another step forwards in what’s been a great year for the club.

I’m enjoying my time as a Blackburn Harrier more than ever; we’ve been at nearly all of the big competitions this year, whether it be the national cross country champs or relays, we also got promoted back to the Northern Division 1 Athletics League at the end of the season.

My own running seems to have gone the other way, I was aiming for at least a seasons best, so anything on the wrong side of 67 minutes at the Manchester Half Marathon would have to be classed as failing.

I spent the Saturday in Manchester with the On Running ambassadors and staff. It was great to catch up with everyone and compare notes on how the year has gone, as most of us hadn’t seen each other since London marathon back in April. The mood was positive and I was confident of having a good race the next day.

It was a stacked field, I knew the front five guys would be in a different league and I expected there to be a pack of runners behind running 65-66 minutes. Conditions weren’t too bad, I don’t mind rain, but it was pretty wet, even by Manchester’s standards!

The race soon sorted itself out, with a lead pack headed by Andy Vernon and Luke Traynor, the two favourites. I was in the next pack with familiar foes such as Gavin Hill, Stuart Hawkes, Callum Rowlinson and fellow On Team-mate Russell Bentley. Tom Cornthwaite and Richard Weir were running together 200 yards ahead of us.

At this stage, I was happy with how I felt, but after a few miles I could sense all wasn’t well. I had intended to push the pace at the front of our group and get closer to Weir and Cornthwaite, but I was struggling to just to stay in the mix, which after a modest 16-minute 5km split should have been easy.

By the eight mile mark, I was hanging off slightly at the back with Russell Bentley; who’s been in incredible form, after bouncing back from a disappointing run at Berlin, he won Abersoch half marathon, ran in the road relays for his club, then finished second at Chester marathon a week before this race, injuring his foot in the process.

As for me? I had no excuse, I was getting my ass kicked! I was feeling angry and frustrated to be finding this so hard, I’ve done 10 mile tempo runs in around 52 minutes and here I am in an important race, flogging myself to a similar time!

I managed to claw my way into the top 10 from 10-11 miles, running hard trying to give chase to the group that got away from myself and Russell, but the gap never closed and I crossed the line in a barely deserved 10th in 68:09.

Russell was 20 seconds further back, he later went on to win the Snowdon Marathon two weeks later, that’s some serious racing for September and October! At the serious end, it was a fine win by Andy Vernon against defending champion, Traynor in a new course record of 63:39.

I had a marathon of my own planned, which was going to be Abingdon Marathon on October 21st, as my use of the word “was” indicates, it didn’t happen.

I was starting to wonder whether it was worth doing, would I even be able to run 2hr 25? After picking up a cold on the Thursday, it wasn’t worth finding out. It sums up a patchy year, there have been some good results, such as the National XC, London Marathon and the road relays, but as far as achieving decent times or even getting close to any PBs, it’s been a bit poor really.

After recovering, I wanted to throw myself into another race, which was the Accrington 10k on the 28th. I had no idea on what time or position I’d manage, so I decided to keep it very simple; go out hard and see if I didn’t blow up.

At the five-minute mile, I was nearly 30 seconds faster than last year and I felt good on the next two uphill miles. By this point, I had built up a decent lead and felt sharp on the downhill part of the course to the finish surprised myself to win with 31:32.

It was over a minute faster than my previous time there, where was that form when I was at Manchester? That’s running, sometimes it doesn’t make any bloody sense at all!

It was a brilliant turn out from the club, we whitewashed the top five, with Jack Hindle, Ben Costello, Karl Billington and Josh Holgate. Chris Davies, Calum James and Paul Brindle also finished high up (7th, 8th & 12th) making it a very dominant performance by the lads.

My focus now will be just to get back to basics, lots of races and hard running and see if I can achieve a decent 10k time before the end of the year, the last aim for 2018 is a sub 30 minute 10k, so I’ve got two months to sort that out.