Brought back to earth: the return to real running 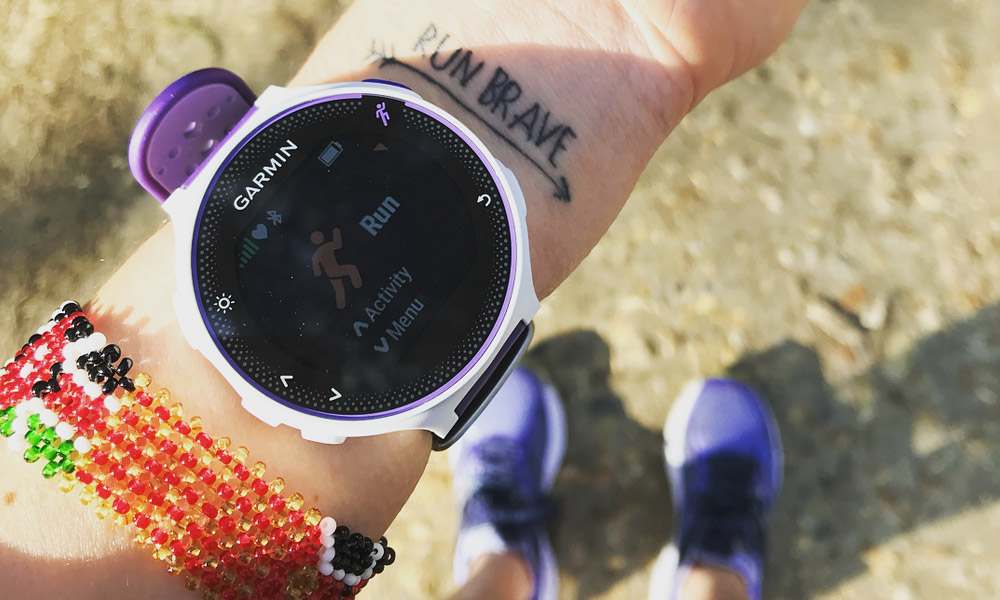 Anna Boniface has received the green light to start running again and she tells us about her first steps and the positive changes in recent weeks.

Hopping into my first consultation with my doctor back in October, I was convinced that making the London Marathon start line was a realistic expectation. With each review though, my expectations slowly came back to earth as the red light to running continued.

Six months and nine days since my DNF England debut in Toronto (and two weeks after the London Marathon), I finally received the green light to run.

What changed from red to green?

I was optimistic that I would be medically cleared to run. I felt ready. The changes I have been implementing since my last blog ‘When does training become a compulsion?‘ are now taking effect and I was reaping the benefits.

This was apparent to my doctor and I was good to go.

Carbs are kind of a big deal. Previously, I had been carb restricting and doing a vast amount of training fasted.

Working alongside Alex Cook from The Sports Dietitian, we are upping my carb intake, especially around training and ensure absolutely no fasted training.

No pain, only gains

My left fibula is completely pain-free during training. It no longer hurts when being prodded or doing the five hop test. The numbness from the peroneal nerve irritation caused by the oedema around the fracture site has now gone.

All of these are signs that the fracture is fully healed.

The gains I have made have been in bodyweight. Watching the Boston Marathon’s Elite Women’s race proved to me the importance of a strong, not skinny body. The successful performances were from the girls who are resilient, not skeletal. Being that super lean athlete is the impatient way for short-term improvements.

I know this now. I’ve embraced becoming a little thicker. It’s made me healthier, stronger and ultimately this will make me faster in the long run.

Sticking to the budget and rapid recovery

I’ve have complied with my training budget by mainly cutting out all the junk training. I’m taking rest days and my sleep quality has improved.

All of a sudden my legs don’t hurt on a daily basis. I’m recovering so much quicker between sessions and I can maximise what I get out of them.

Consequently, I’ve become really fit in the last six weeks and It’s actually quite a shock. It’s reinforcing how nailing recovery and fuelling can have such an important impact.

Hormonal health takes time to normalise. My Oestrogen levels are improving, providing the all important bone protection. I am still waiting with anticipation for a period, which proves there are still improvements to be made. Rome wasn’t built in a day and with continued fine tuning, my hormones will continue to improve.

I am carefully monitoring my bloods regularly using medichecks by checking hormones, bone profile, IGF1 and Leptin. These are useful markers in RED-S recovery.

I’m feeling much better within myself. I am less irritable, less anxious, calmer and becoming a much nicer person to be around. I’m not always “hangry” or “rungry” but fuelled. And wow, it’s so much better.

All these benefits ultimately come down to getting the fuel in.

Energy out = Energy in.

I drove to one of my favourite running spots and completed my two miles of one minute run:walk. It felt amazing to be running.

I got really emotional about making this big step in the right direction, yet straight away I knew I would hurt in the morning. I thought that running on the Alter G at near full percent bodyweight was would feel near the same as proper running.

I was brought back to earth with a bump! Running in the Alter G bubble reduces the multidirectional forces. It feels like someone is pushing you forwards by poking you in the back.

With real running and the full force of gravity, you need to work much harder to stabilise yourself from these multidirectional forces. The only thing I can compare it to is squatting in a smiths machine vs. normal squatting. I had DOMS straight away and my heart rate both at rest and in training soared the next day. That 20 minutes caused a lot of stress.

The plan for the next month is to run twice a week. We’ll gradually increase the running to walking ratio but keep the duration to 20 minutes. From there, it’s a build up in frequency and running duration, but my main focus is RED-S recovery with a healthy approach to training and nutrition.

It’s going to be a long process but in the meantime I will continue with cross-training, recovering and getting the fuel in.

With patience, parkrun, pasta and eventually a period, I will get there.

Anna Boniface features in the ‘Fast 10: class of 2018’ and will share her running journey throughout the year. You can read Anna’s previous posts here and further information about the ‘class of 2018’ can be found here.

When does training become a compulsion?
You are only as strong as your weakest point