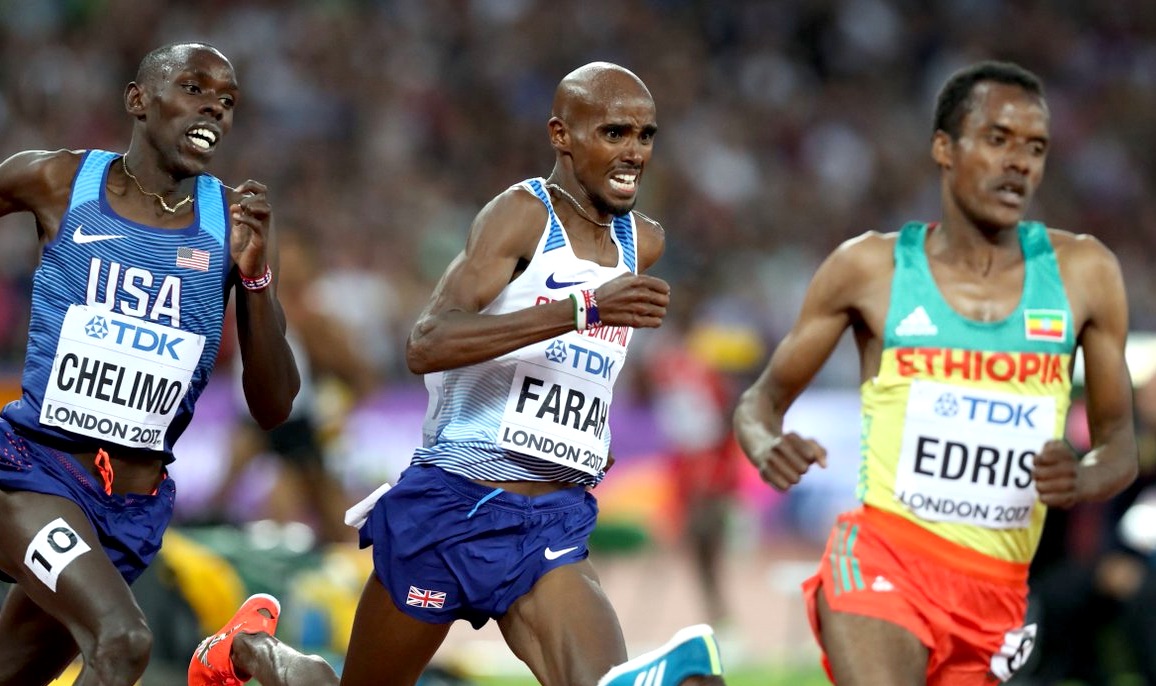 The world’s top track and field stars will gather in Zürich on Thursday (August 24) to compete in the first of two Diamond League finals, including Mo Farah, who will race for the last time on the track in the 5,000m final.

As well as Farah, recently crowned world champions and reigning Olympic champions will be in attendance contesting sixteen Diamond League titles in the Letzigrund Stadium, with the remaining finals taking place in Brussels on September 1st.

Six-time world and four-time Olympic champion Farah will take on Ethiopia’s Muktar Edris in the 5000m final, a rematch between the 34-year-old and the man who beat him to gold at the World Championships in London.

World bronze medalist, Paul Chelimo of the USA, leads the challenging pack that includes the top six from London.

Farah, who won his last track race in the UK on Sunday at the 12th Diamond League meet of the season, will focus on road racing and the marathon following Thursday’s final.

Dafne Schippers and Elaine Thompson are joined by Shaunae Miller-Uibo in the 200m final. Schippers, who successfully defended her 200m world title, will hope to finish her season in style with a Diamond League trophy and the US$50,000 on offer to each winner.

However, Jamaica’s Olympic champion Thompson has a point to prove after a disappointing World Championships and comes into the final with a recent victory over 100m in Birmingham.

It will be an interesting final with 400m Olympic champion Miller-Uibo also among the field. The last time the three contested a 200m race Miller-Uibo was the winner.

The World and Olympic champion Caster Semenya goes for a twentieth straight 800m win, starting as the strong favourite in the 800m final. The challengers include world silver medallist Francine Niyonsaba and Margaret Wambui of Kenya.

Steven Gardiner of the Bahamas and Isaac Makwala of Botswana lead the field in the men’s 400m final.

Norwegian star Karsten Warholm steps back on the track after his surprise 400m hurdles win at the World Championships.

He goes out hard and holds on for dear life.

Aiming to go one better than the 21-year-old in the 400m hurdles final is the Olympic champion Kerron Clement, and Turkey’s Yasmani Copello, with Britain’s Jack Green also featuring.

Colombian Caterine Ibargüen has dominated in women’s triple jump in recent years, however she a new adversary in world champion Yulimar Rojas of Venezuela. The pair will battle it for the Diamond League triple jump title.

Newly-crowned world champions lead the way on in the men’s jumps. Luvo Manyonga of South Africa in the long jump, Qatar’s Mutaz Essa Barshim in the high jump, and Sam Kendricks of the US in the pole vault who will all aim to end their season’s with a Diamond League trophy.

The track and field action in Zurich begins a day earlier, with the women’s pole vault on Wednesday (August 23) evening at Zurich’s central train station.

Olympic and world champion Katerina Stefanidi will take in USA’s Sandi Morris and Robeilys Peinabdo in the non-Diamond League event.