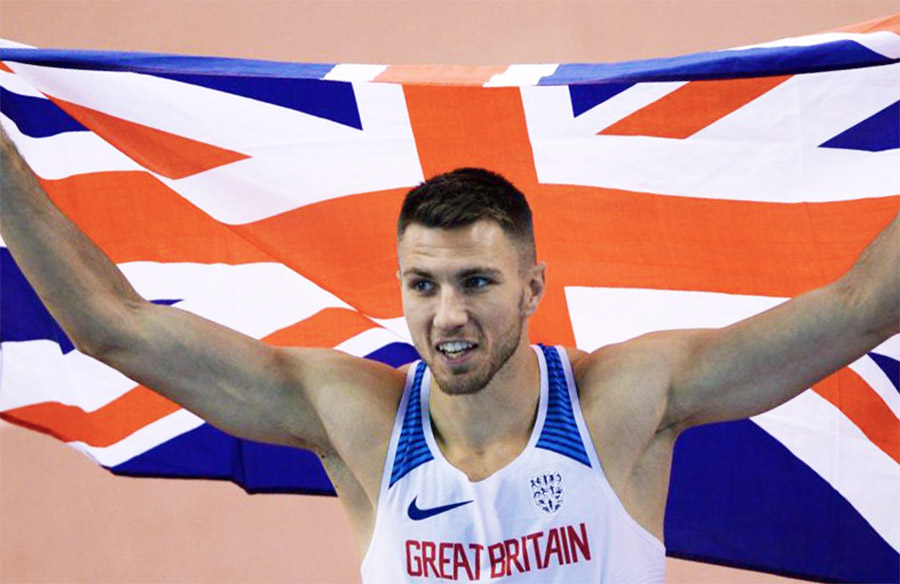 The pair nominated by their teammates as co-captains going into the championships brought the curtain down in style for Britain on the final day of action in the Arena Birmingham.

Pozzi had a great start of out blocks in the men’s 60m final, but as did USA’s Jarret Eaton who held his lead until the final hurdle where GB’s Pozzi just got in front to pip his rival to gold by one-hundredth of a second.

“My heart stopped at the end there,” Pozzi said winning the first medal for the British men. “I knew the fifth hurdle I was behind. I can’t describe how much I wanted it.

“I was throwing my body at the line. To be voted co-captain for the championships is the biggest honour of my life. Every member of the team has been perfect.”

In the women’s 800m final Oskan-Clarke found herself fifth of sixth athletes at 400m, but once in fourth place, showed great determination to overtake Ethiopia’s Habitam Alemu in the closing stage and crossed the line in a personal best 1:59.81 for bronze.

The 28-year-old is now the sixth British woman to run under the two-minute mark indoors.

Elsewhere, following a DQ for Jamaica women’s 4x400m relay team, the GB’s quartet of Meghan Beesley, Hannah Williams, Amy Allcock and Zoey Clark were upgraded to bronze – only for it to be taken away after another DQ was handed out for obstruction. The drama wasn’t finished and after a successful appeal, the result stood to secure another medal for Britain.

With the curtain coming down on the World Indoor Championships, Great Britain won seven medals in total consisting of two golds, one silver and four bronze.