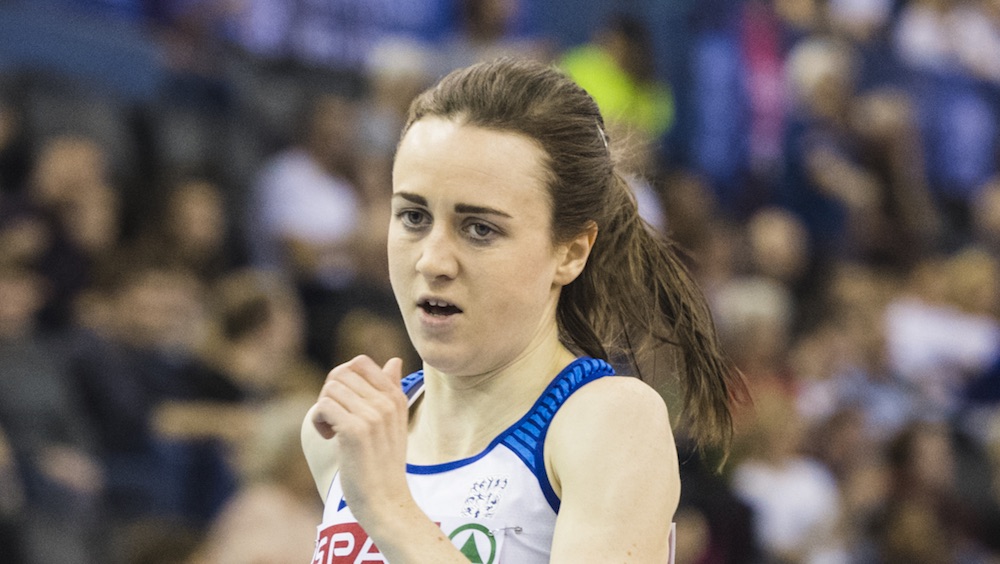 Laura Muir won 3000m bronze, with Genzebe Dibaba retaining her gold on the opening night of the IAAF World Indoor Championships in Birmingham.

Snow may have been cooling things down outside, but Great Britain’s Laura Muir was intent on heating things up inside the Arena Birmingham as she stormed around the track to win a first global medal.

A year after winning double European gold over 1500m and 3000m in Belgrade, it was always going to be a difficult task to repeat the feat on the world stage given the demands of Muir combining training alongside her final year veterinary studies.

In typical fashion, Muir wasn’t waiting about and took the race from the front in the first of 15 laps of the 200m track, with fellow Brit Eilish McColgan among those on her heels.

After coming through 800m in a slow 2:35, the young German Konstanze Klosterhalfen took the lead at the 1k mark determined to stretch the race out.

With Klosterhalfen out in front until the 2k mark, it was time for defending champion Genzebe Dibaba to take over and inject some pace with a third 3000m gold in her sights.

Muir was in fourth for the next 400m before moving out wide to get around Klosterhalfen, but once done, it was down to three athletes with Dibaba having a sizeable but diminishing lead.

Despite the best efforts of the chasing pair there was only going to be one winner at the bell, with the determination of Ethiopia’s Dibaba clear as she chased another global medal.

Muir and Hassan had an exciting battle for second and third and despite the British 3000m champion attempting to pass Hassan in the final metres, the Dutch athlete held on (and may have impeded Muir) for silver as they crossed the line.

“We had to put yesterday behind us; six hours in the car, windscreen wipers were frozen but we got here and I’ve won a medal; I couldn’t be happier, said Muir after becoming the first Scot in 25 years to win an individual world indoor medal. “I ran the race as hard I could; I was so tired at the end.

“It means so much to me to get the win; it bodes well for the rest of the year, especially the Europeans.

“I’ve been 4th, 6th and 7th at major championships so the bronze is very special. To finally get that world medal means so much; I’m delighted.

“I just wanted to stay out of trouble at the start; Klosterhalfen took over the pace so everything went to plan. I knew I could be strong at the end so I’m very pleased.”

The three podium athletes now get set for the 1500m heats on Friday aiming to win double world indoor medals.

“I don’t quite know what went wrong to be honest,” said a disappointed McColgan. “It felt very flat and sluggish and when the race went I tried to go and there was nothing there.

“I suppose I have to forget about it now and try to not make the same mistakes again tomorrow and come out again and be competitive.

“Since coming back from my last training camp things haven’t clicked. Training has been going really well up to that point but I have felt a little bit flat. I am so disappointed with that today, with it being a home championships, I wanted to be competitive and today I wasn’t.”