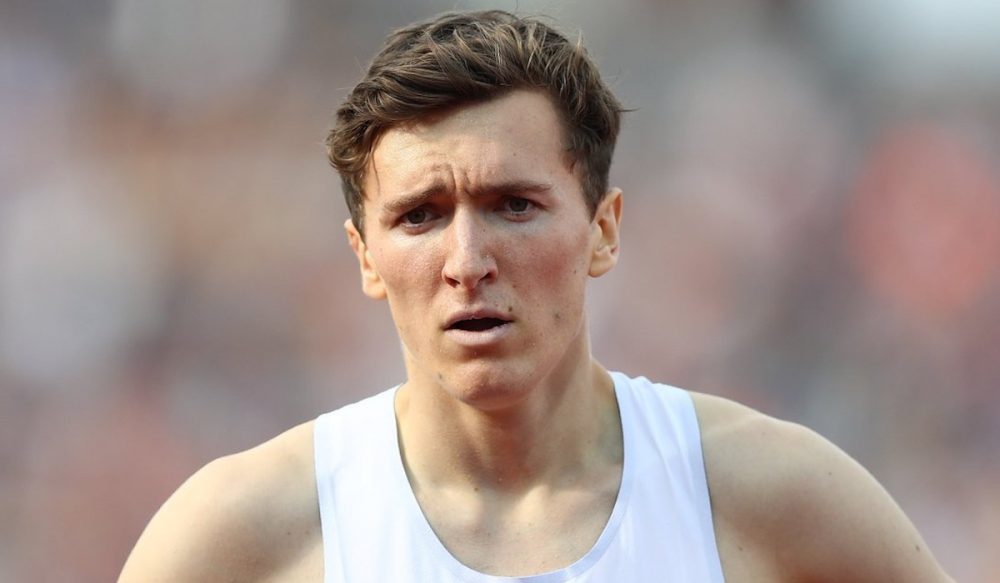 Jake Wightman and Chris O’Hare have both qualified for the 1500m final at the World Indoor Championships on Saturday morning (March 3).

With the top two automatically qualifying from each of three 1500m heats and the next three fastest across all heats, it proved a rollercoaster opening round for Great Britain’s Chris O’Hare, while Jake Wightman looks in great form ahead of Sunday’s final.

Chris O’Hare was first up in the Arena Birmingham and the stacked field in heat one included USA’s Ben Blankenship, Moroccos’s Abdalaati Iguider, Ethiopia’s Aman Wote and Poland’s Marcin Lewandowski.

Starting slowly the pace eventually sped up, but O’Hare looked of sorts and appeared to be struggling with his recent foot injury finding himself trailing behind his four main rivals. At the bell, it was a race between the top four for positions with 2012 indoor champion Iguider taking the first qualifying spot in 3:40.13 along with 2014 silver medalist Wote.

America Blankenship was third, Poland’s Lewandowski fourth and GB’s O’Hare fifth in 3:42.46. At that point, the Scottish record holder was distraught and clearly in pain from his foot, with hopes of making the final almost at zero.

However, a slow tactical second heat won by Ethiopia’s Samuel Tefera in 3:44.00, and with the third heat lacking the depth, O’Hare chances of making the final increased tenfold.

With Djiboutian’s Ayanleh Souleiman, one of the strong favourites, missing due to visa issues, GB’s Wightman was the man to beat in heat three.

The recently crowned British champion never looked in trouble and delivered a fine tactical performance. Sitting comfortably amongst the field for first few laps the 23-year-old Scot decided to put the heat to bed and cement his place in the final.

Stretching out the field that included USA’s Craig Engels, Wightman powered home to cross the line in 3:47.23, with the American second in 3:47.55. After the three heats, O’Hare’s time booked was good enough to book a spot in the final and providing his foot injury is manageable will be on the start line tomorrow.

“The only experience I’ve had of a home crowd was London [World Championships] last year and that was immense but this being indoors makes that noise even more amplified,” said Wightman.

“When I hit the last lap in front they were roaring which is always going to help you keep your form down that home straight. It was alright but I just need to get a nap in now.

“Back-to-back races are things I haven’t done too much of, but it’s good that it’s in the morning so I can go home and spend the whole day recovering.”

Elsewhere in the morning session, CJ Ujah booked his place the evening’s semi-finals after winning heat five of seven in 6.59, while GB teammate Andrew Robertson qualifies as a fastest loser after finishing fourth in his heat in 6.74.

Other sprint starts to qualify to include USA’s world record breaker Christian Coleman and compatriot Ronnie Baker, along with China’s Bingtian Su.

In the 800m heats, GB’s Shelayna Oskan-Clarke qualifies after winning heat two in 2:01.76, but Mhairi Hendry misses out after finishing third in heat three with 2:02.65.