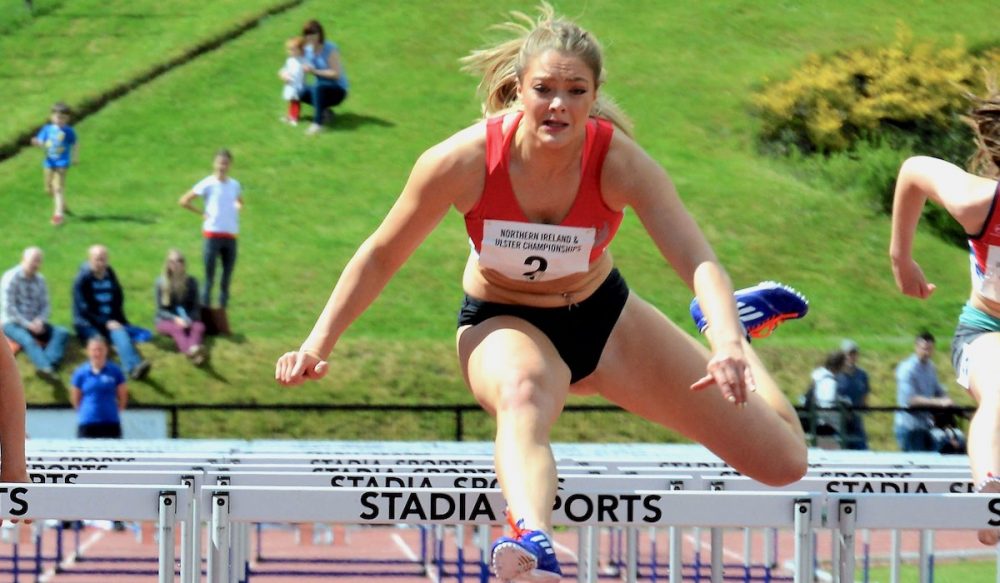 Megan Marrs wants to relish her debut for Great Britain and Northern Ireland at the World Indoor Championships – three decades after her mother bestrode the international stage.

Marrs from Belfast competes in the 60 metres hurdles on Friday (March 2) evening at Arena Birmingham, just a fortnight after claiming the UK title at the same venue in a personal best of 8.16 seconds.

There have been huge strides forward this winter for the Loughborough-based prospect who came through the ranks at Lisburn AC before heading to UK Athletics performance base.

But it’s all been following in the footsteps of her Mum Debbie McDowell who was one of Northern Ireland’s top high jumpers during her illustrious career.

“I found out the other day that the last (Northern Irish) woman to make a British team was my Mum,” Marrs said. “She was the last one to make a European indoor team. She was British champion 30 years ago in 1988 so to carry on and be the next one is quite nice. To be able to carry on in the family tradition is great.

“I was that child in the buggy being wheeled around. I’ve grown up on the track. But my parents never really pushed me into athletics until I chose to do it until the age of 14. They were unbelievably supportive. The whole family is flying over to Birmingham and it’s going to make it a big family event.”

With four automatically making it through to the next-round, Marrs goes in the second of five heats at 6:13pm on Friday.

The 20-year-old lines up in lane six and among those she will face is USA’s Christina Manning, who finished fifth over the longer 100m at the World Championships in London last summer.

She will be one of two Lisburn products making their world indoor entrances with Amy Foster running for Ireland in the 60 metres, fresh from setting a Northern Irish indoor best of 7.27 secs at the recent Irish National Championships.

Marrs plans to use the global stage as a platform for the years ahead after figuring out the changes needed to push herself upwards.

“It’s just been my attitude I think,” she said. “It’s been about turning up for every session – giving it 110 percent – making a lot more sacrifices this year. Last year was the first year at university. I had to get all of that out of my system. This year I’ve really been able to sit down and concentrate.

“This makes me want to work harder. I never considered myself an indoor runner until now. So now if I can be selected for a world indoors, hopefully, I can come out and do that again at the Europeans.”

The semi-finals and final in Birmingham are on Saturday night. The latter is Marrs goal.

But she said: “My main target is to really enjoy the experience and learn. I’ll be surrounded by amazing athletes so if I can watch them and learn, hopefully it will be good for the future.”