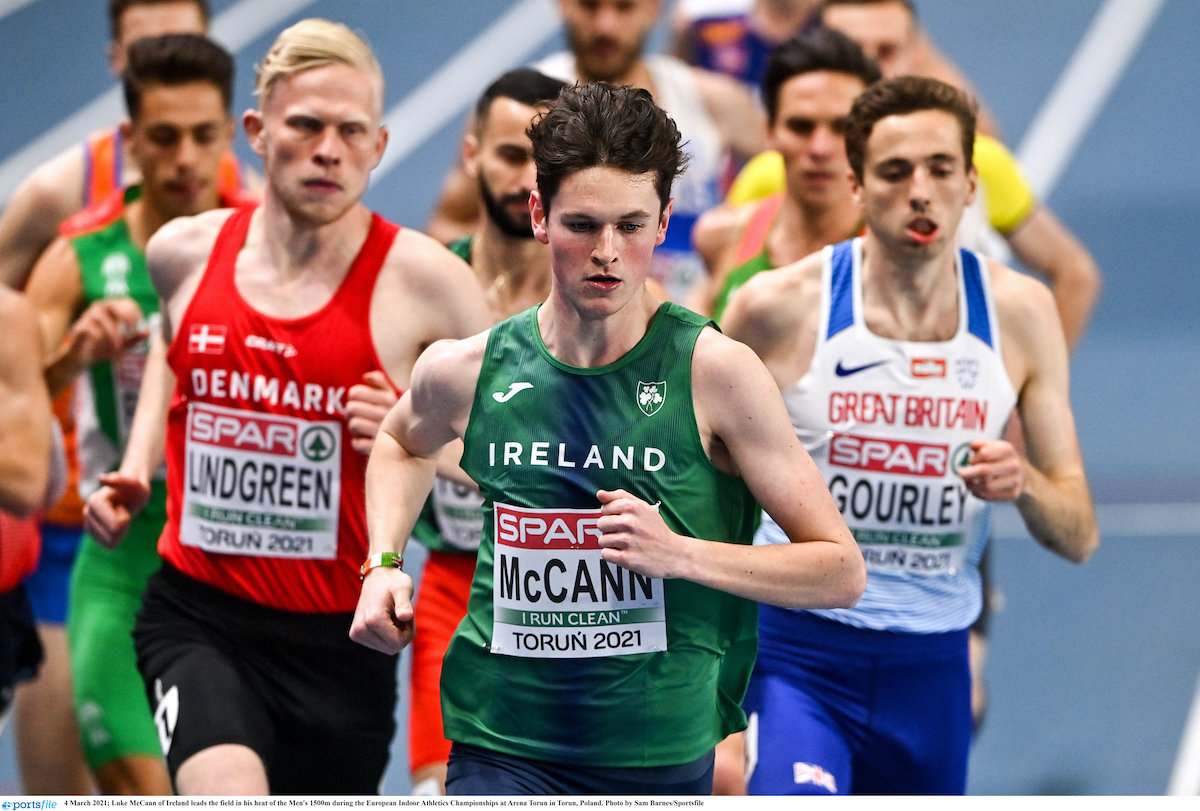 4 March 2021; Luke McCann of Ireland leads the field in his heat of the Men's 1500m during the European Indoor Athletics Championships at Arena Torun in Torun, Poland. Photo by Sam Barnes/Sportsfile

Athletics Ireland has selected 19 athletes to travel to represent Ireland at the World Indoor Championships taking place on March 18th to 20th in Belgrade, Serbia.

Mark English (Finn Valley AC) takes to the 800m and the Men’s 4x400m. The 2022 season has seen a series of consistent and strong performances from the Finn Valley Star with a sixth-place finish at the World Athletics Indoor Tour in Poland before coming to the Irish Life Health National Senior Indoor Championships to take top spot. 15 July 2021; Israel Olatunde of Ireland competes in the semi final of the men’s 100 metres during day one of the European Athletics U20 Championships at the Kadriorg Stadium in Tallinn, Estonia. Photo by Marko Mumm/Sportsfile

Israel Olatunde (UCD AC) features in the 60m after his incredible performance at the Irish Life Health National Senior Indoor Championships, securing both his standard to qualify for these championships, the 19-year-old also secured a new PB of 6.62 just 0.01 away from the National Senior record.

Sarah Healy (UCD AC) is set for the 1500m and will be pushing for the final or better at the World Indoor Championships. The 21-year-old has had a superb indoor season breaking her own U23 Record Number in February setting the time at 4:06.95, the second fastest ever by an Irish woman, after Ciara Mageean. “Ireland had one athlete compete at the 2016 World Indoor Championships and five athletes compete at the 2018 edition, we have now selected a team of eleven individual athletes, plus the selection of two relay teams both of which will be pushing towards a final and new national record.

These figures underpin a significant increase in the strength and depth of indoor athletics in Ireland, which continues to bode well for the future, and this squad is confident of making an impact in on the global stage in Belgrade.”

The athletes and coaches

** = Denotes an athlete who is a non-travelling reserve