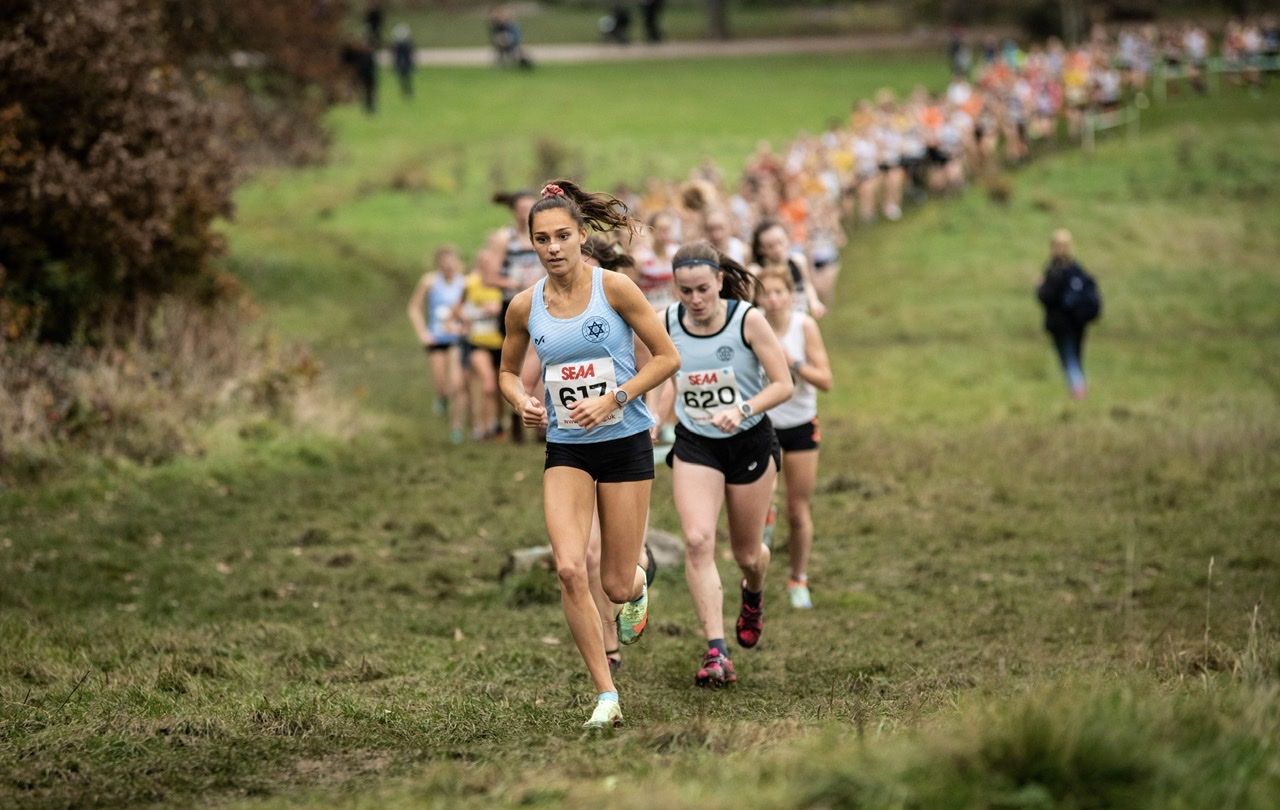 PB’s and World Records in Lisbon, course records on the roads, regional rivalries on XC courses and a whole host more of tasty results from this week’s running events.

There were a few jaws on the floor at the results of the Lisbon Half Marathon where Jacob Kiplimo set a new World Record of 57:31.

The surprise was less at the fact that the record was broke – Kiplimo is the reigning half marathon world champion and won a bronze medal at the Olympics over 10,000 meters – no, it was that way he went after it that set athletics fans chattering this morning.

After going through 5k in 13:40 and 10k in 27:05 he hit the 15k mark at a pace that would have had him finish in under 57 minutes. That’s some gutsy running. No wonder then that he finished a whole two minutes ahead of his nearest rival (Tsehay Gemechu) and slowed a bit towards the end, completing the race one second faster than Kibiwott Kandie’s existing record which was set last December in Valencia.

All eyes will be on Valencia again in two weeks’ time to see if that record is going to fall once more. Jess Piasecki may have been a bit hidden by the headlines, but her performance must not go unnoticed. A 69:44 placed her eighth in a top notch field. That’s a sizeable chunk off her existing best at the distance and continues her run of good form.

The winner was Tsehay Gemechu Beyan from Ethiopia in 66:06. Jack Bowles was the first from the UK in the men’s race in a time of 76:13.

A huge hat tip also goes to Tom Doney who ran a PB of 2:30:59 at Verona Marathon to take third place.

Cross Country All Over the Place

The Penlaven Arena in Brecon played host to the Welsh Inter Regional Championships which saw all ages from Primary through to Masters taking place. The Senior Women’s 6k XC race saw Lauren Cooper bring home the win in 22:13 for Parc Bryn Bach which contributed to the Eastern region taking to overall victory. Megan Carter-Davies was second in 22:39 and Katrin Reischmann third in 23:04 – both ladies run for Swansea and the Western region who placed second in the team rankings.

The Senior Men had 9.3k to contend with and overall it was the Southern region that won out. Matt Edwards of Cardiff AAC played his part finishing first in 29:45 with daylight between him and Phillip Matthews (30:02 – East) and Dewi Griffiths (30:26 – West).

Cross Country is in full swing in the UK, but we also saw some UK athletes racing in NCAA XC this week. Charles Hicks placed fourth in the Division I championship race, charging through the 10k course in 28:48 and finishing in what is reportedly the best placing by a Brit since 2003. Scott Beattie was next from our shores, running 29:46 for 58th place.

In France, Oliver Heaslip was in action at the Cross Colvic Elite and finished in tenth place, clocking 25:54 over a 7.5k course.

Highgate Harriers’ Seyed Taha Ghafari won the 10k men’s race at the London XC Championships in an eye watering 33:57 – a time that would be impressed on the road let alone on that classic Parliament Hill course! Ahmed Abdulle was second for Ilford AC in 34:03 and Michael Cameron took third for Thames Valley harriers in 35:18.

The women’s race covered 6k and it was Holly Dixon who raced home first, clocking 22:19 for Cambridge Harriers. There was a little daylight before second placer Georgia Holden powered through to take the runner-up spot in 22:41, chased down but Hannah Cox in 22:48. Sound the course record klaxon for Anna Bracegirdle who placed tenth overall at the Conwy Half Anna Bracegirdle in a brilliant time of 77:48. As a gauge of how good that run was, it’s worth noting that the next lady home was Carla Green in a creditable 85:11 and then Claire Walton in 86:58. Gary Priestly took the crown in the men’s race, breaking the tape in 70:28 ahead of Michael Young’s 72:12 and Tom Roberts in 72:32

Sri Chinmoy held their final race of 2021 in perfect conditions in Battersea Park this weekend. Nick Bester took the win at the Golden Leaf 10k, Matching his PB to take the win in a perfectly judged 32:22 with a two second negative split.

The women’s race saw Annie Birch (London City) and Hannah Pullen (Waverly Harriers) working together for some for the way. In the end, Birch pulled away to take the win in a PB of 35:24, showing great form ahead of Valencia Marathon in two weeks’ time where she is targeting 2:45.

Pullen held on for the runner up spot, also running a PB of 35:32 and the final podium place was taken by Daniella Maggs of Belgrave Harriers in 39:05 (PB).

Chelmsford AC hosted the Essex 10 Road Running Championships. Fresh from taking the 10 Mile County title at Stebbing Remembrance 10 Mile race last week, Scott Cousins of Springfield Striders was the favourite heading into the race and didn’t disappoint as held off the Tonbridge AC pair of Daniel Bradley (2nd in 31:21) and Stephen Strange (3rd in 31:33) to win the race and the County title in 30:47.

Veteran Liz Davies made it a Springfield Striders double by winning the women’s race in 36:22. With Laura Thomas of Ipswich Jaffa taking 2nd in 37:06 and Charlotte Bishop of Basildon AC finishing 3rd in 37:53. The Leicestershire 10k in Prestwold starts off on a racecourse before covering a little trail and a few lumps, but is generally known as a good course. Capitalising on good conditions (albeit with a slight wind), Henry Lupton raced home first in 32:45, leaving his victory in no doubt. Matthew Scarsbrook was second in 33:07 and Ian Bailey in 34:25. Becky White took the women’s win in 40:42

The Norman Woodcock Relays hosted by Elswick Harriers was reportedly a blustery affair, run around Newcastle Racecourse. Tyndale Harriers A came away with gold honours thanks to a total time of 25:34 and some great runs from Charlie Daley (8:24), Jess Sails (9:00) and Harry Courtney (8:10). Morpeth Harriers A nabbed silver in 25:46 and Dlaydon Harriers bronze in 26:11.

Riverside Runners’ St Neots Half Marathon had a strong women’s field – Ellen Mcleod smashed her PB by over three minutes, running 81:17 for a well-deserved win. Triathlete Lucie Custance took second in 82:17 and Emily Jeanes third in 83:14. Dulwich Runners went 1-2 in the men’s race thanks to Timothy Bowen’s 72:17 and Shane O’Neill’s 72:53. Graham Jones of Marshal Milton Keynes AC raced in to take third in 73:46

If race circuits and on 10k don’t quite cut the mustard for you then look no further than the Madeira Island Ultra Trail which makes XC look like child’s play.

The 115k option at MIUT always has a strong field, being part of the ULTRA-TRAIL® WORLD TOUR and a qualifying race for Western States 100. Sophie Grant was out for a “bonus race” and did rather well, caming home 6th in 19:38:47.

Charles Houston of Hunters Bog Trotters was 5th in the 42k option in 4:00:28
Other UK runners taking part were as follows:

We’re waiting on results from the Merebrook 15k and the Hadleigh 10 and 5 mile. There was so much fantastic racing going on this weekend that if we haven’t covered it, it’s not because it wasn’t worthy but rather because we have to stop somewhere!