Track racing of all sorts 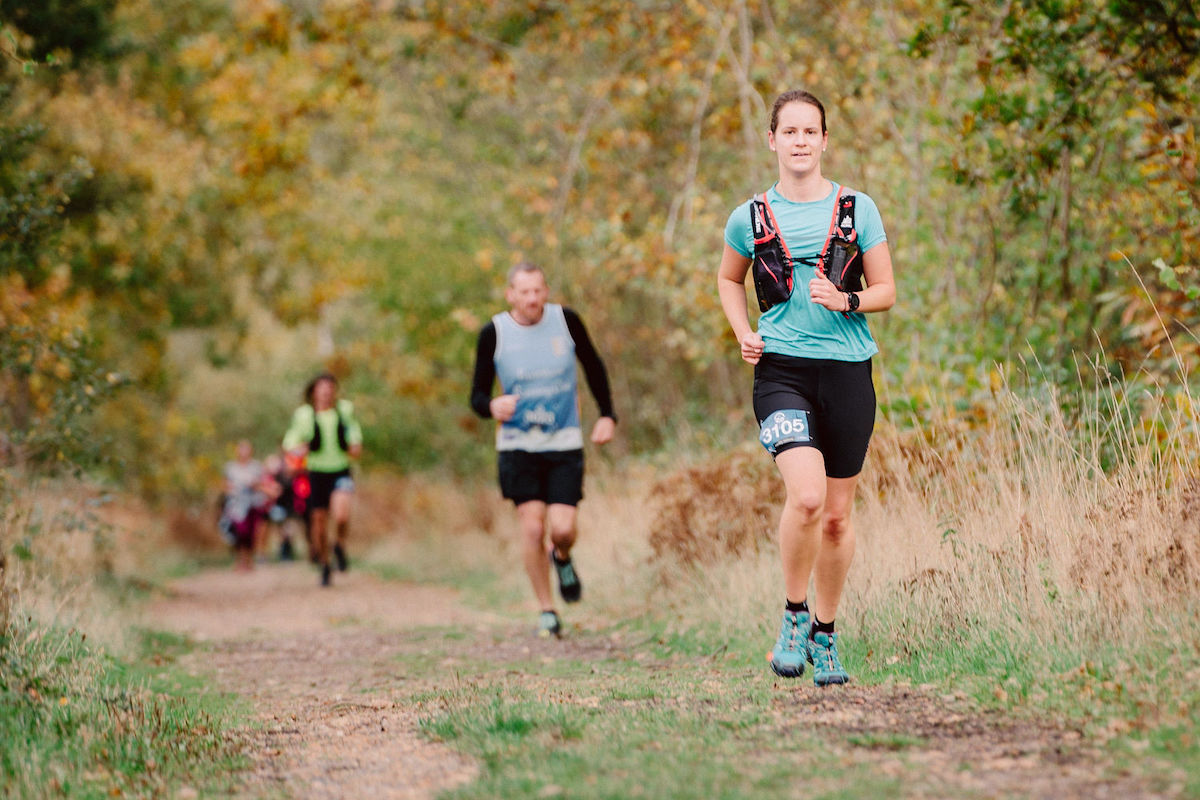 From from 24hr racing and some fantastic efforts over 100 miles to Herne Hill Harriers Halloween “endurance” night. We’re covering it all.

As national governing bodies await further clarification from DCMS, we don’t know what the future holds for sporting events in the UK. But we’re decided to not dwell on what isn’t happening and celebrate what already has happened as we look back over a fulsome week of racing.

From 10am on Friday 30 elite ultrarunners pitted themselves against the Blackbridge Jubilee Track at the  Gloucester Invitational 24-Hour Track Race. It’s actually the same track that Dave Dowdle set the British 24hr record of 274km back in 1982, so has a good history.

Joseph Turner, a 2:23 marathoner set the early pace with the south west’s Adam Holland. Turner went through 100k in 7 hours 13 minutes but just as it was looking to get exciting around the 75 mile mark the wheels seemed to come off. A trip to the bathroom and rumours of a calf injury put paid to a promising start. We do hope to see the youngster attempt another 24 hr race in the future, as there is clearly some great potential there. Another excellent performance by Andy Jordan saw him take back his V55 record for the 100miles with 14:24:03, which had been beaten by Nicolas de las Heras Monforte in Sept in Spain this September.

Peter Windross came out victorious overall in the 24hr race. Winner at last year’s Crawly 24hr, Windross covered 143.92 miles in the time – that’s an average of 2:30 per lap for a day and night. Damian Carr of Kettering was second with a distance of 142.92 miles and Gergerly Bajzath represented Hungary with style, finishing third and covering  140.68miles.

Last December she ran 201.8km and finished second woman at the Barcelona 24-Hour in Spain. That performance was enough to win her a place on the Irish team for the annual Anglo-Irish Plate 100km, which was due to be held in Gloucester last May pre-Covid lock-downs.

Duffy, a nurse, only started running in 2015, after the birth of her son Harry. She first attracted attention when she won the Connemara 100m in 2018. (Additional information added by Lindie Naughton).

Samantha Amend ran a storming race and earned herself a buckle for finishing her 100 miles in 14:54:12. Amend came tantalisingly close to beating Eleanor Adams’ longstanding GB record of 14:44:25 set in 1989. She was on course to break it well into the race was thrown off in the closing stages by loss of lighting.

Amend commented that she was tempted to carry on but decided wisely in the end that she was too cold. Jo Newens also covered 100 miles in a stirling time of 19:40:32, Helen James made 87.48 miles in 18:46:40 before calling it a day and Gaynor Watts ran for 9:20:28 and a distance of 54.68. Sadly Alison Walker also had to call it a day early on in the race after struggling with body  temperature regulation.

The open event and one performance in absentia

In the Open race at the Gloucester 24 Sebastien Betouret gave victory to the French with his winning distance of 121.79 miles. Mark Bissett was second, racking up 116.08 miles and Otto Karhunen third with 113.34 miles.

There are still other 24hr races on today in Gloucester as the running was spread across the weekend to allow smaller fields to comply with regulations, but still have a range of athletes able to compete.

One athlete who couldn’t make the startline was Cornish helicopter paramedic and British 24hr runner Paul Maskell. Due to the nature of his work it wasn’t possible to travel, but the determined athlete didn’t want to waste his taper.

Hitting his local track the ever smiling Maskell clocked an excellent 13:10 for 100 miles. Outside of a racing environment that is some mean feat of persistence. Chapeau Paul. Paul Maskell checking his watch to see just how many more hours he had to run in the 2019 World 24hr Champs in Albi. It was still 23 hours. Credit: Norbert Mihalik

24hrs isn’t the only track distance

While the 24hr racers were still chewing through the laps up in Gloucester, Herne Hill Harriers Halloween Endurance meeting took place at the Millenium Arena in Battersea Park.

Just 7.5 laps took Tom Foster (Guildford & Godalming) to glory as he ran 8:52.3 for 3000m. He was fastest over the 7 races by a good margin. Ben Brown of Southampton AC was second, representing the U17 category well with his 8:57.5 and South London Harriers’ Ollie Garrod took third in the rankings with a 8:58.4 finish.

The RunThrough team seem to be providing a huge proportion of the road acing opportunities for the moment and this weekend was no different, kicking off with the undulating delights of the  Lee Valley VeloPark course.

Conditions were somewhat ‘interesting’ ranging from decidedly muggy at the start to lashing rain and wind by the end but that didn’t deter the runners on theVeloPark merry-go-round. Martha Reynolds and Adam Eded decided to get it over with quickly and race through their 5k to win in 19:20 and 16:03 respectively.

Over 10k Annabel Gummow was in a class of her own, running 34:51 for a storming victory nearly 10 minutes ahead of her nearest rivals. Kate Barnes was second in 43:17 and Rachel Soares third in 43:34.

The men’s race was also a bit spread out, though not to the same extent, with Antonion Martin Romero veering off into the finishing funnel first after 33:32 on the track. Daniel Kennedy was a little behind him in 34:45 and then Julien Cazorla (v40) in 35:55.

For the women, it was Gill Bland who took on the conditions and won with another ten minute lead giving her the top spot in 1:25:48. Fast Running’s Bland told Fast Running that “it was great to get out and race, but my main driving force was to try and feature in the weekly round-up, which I myself was writing.” (This section may have been changed/added by the editor). Onto the trails and mud

In more scenic and less tarmacked racing news, Maverick snuck in one final outing pre- #lockdown2 as the Adidas Terrex Original Kent took place. Over the long course it was Ellie Cookson (1:48:40) and Daniel Titcomb (1:26:18) who came home first. The middle distance was won by Sarah Miles (50:39) and Matthew Wood (42:51) with top spot in the short run going to Victoria Stears (23:36) and Jonathon Nicholls (21:45)

We are not sure how much mud was to be found at the European Masters XC but the British team of Caroline Wood (w55), Lesley Clancy (w55) and Lisa Gawthorne (w35) picked up a bronze medal in the 3 x 2km relay.

And finally, it was XC but not as we know it – the ATW XC race 1 took place at the Merchant Taylors School in north west London on Saturday.

In an effort to combine the British and Irish round-up this week we also look at the European Masters Non-Stadia Championships held from 29-31 October in Madeira. With an earlier lockdown in Ireland we had Nichola Duffy in the Gloucester 24hr and these Masters results below.

London Marathon support for British endurance talent
Lockdown 2.0: What can we do?