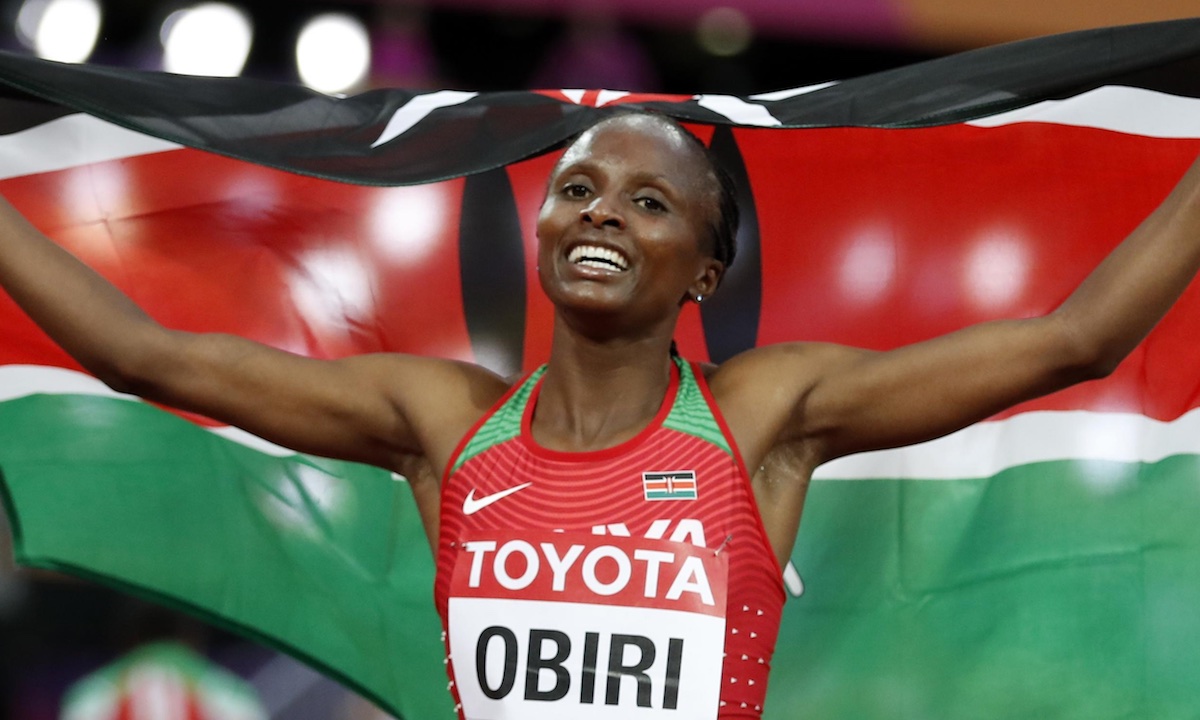 The Elites take all the chances they can get to race out of 2020 as fast as they can. WR’s, American records and European records are up for grabs in Spain and Italy.

The 96th San Silvestra Vallecana took place in Madrid and would normally be a mass, celebratory NYE race. This year of course it was just the elites battling it out over 4 laps of a 2.5k circuit.

Neither of last year’s winners were back to defend their titles (Helen Bekele Tola of Ethiopia in 30:50 and Bashir Abdi of Belgium in 27:47) so that left the course clear for a battle between Kenyan Ruth Chepngetich (second last year) and 21 year old Ethiopian Yulemzerf Yehualaw Densa, who is second fastest all-time over the half marathon distance.

Windy and cold conditions made for slower times than usual, especially as the course is normally downhill enough to be deemed non-legal for records. Within the first kilometer Chepngetich and Densa had pulled away and after a brief tussle from Swedish half-marathon record holder Sarah Lahti, they pulled ahead again for the final two laps.

Densa put the hammer down around halfway through and the Kenyan just didn’t have anything to respond with, leaving Ethiopia to take the win again in 31:17 and Chepngetich runner up for Kenya for the second year in a row, in 31:50. France’s Alessia Zarbo rounded out the podium taking bronze in 33:50. Chelimo talking a big game in the build-up

There was some pre-race game-talk from Paul Chelimo who said that he would attempt to break the American 10k road record of 27:48, currently shared by Bernard Lagat and Mark Nenow. Chelimo’s track 10k PB is 27:43 but with only two races completed this year back in February and those only 3,000m it was always going to be interesting to see whether the fitness he had been building could stand up to racing.

Alas, it was not to be – Daniel Simiu Ebenyo of Kenya won the race just inside the US record time Chelimo was chasing – breaking the tape in 27:41 to take the victory for Kenya. Italian marathon record-holder Eyob Faniel was second in 28:08 and Chelimo went away with third place in 28:14.

Still a strong performance and maybe we’ll see the track start have another attempt at the record in the future.

Falls and mishaps in Barcelona

In Barcelona at the Cursa dels Nassos there was talk of 5k and 10k world records being challenged thanks to the presence of Genze Dibaba and Hellen Obiri.

As with the NYE fireworks around the world, there wasn’t quite the expected show this year but there were still some strong times. 1500m world record holder Dibaba (ETH) won her 5k race in 15:00 flat followed by her little sister Anna in 16:02 and Esther Guerror Puigvall of Spain who was third in 16:03. Jenny Spink racing over longer distances, but presumably only once that day. Photo: Valencia Half Marathon

Bristol & West’s Jenny Spink (who lives in Spain) did an epic double, making the most of the limited chances to race, and turned around a 16:59 for tenth place in the 5k before switching numbers and hot-footing it to the start of the 10k where she placed 9th in 35:32

In the assault on the 10k WR, Obiri suffered some ill-fate as her pacemaker dropped out early and she fell heavily on a bend (see insta-video below). With Jepkosgei’s 29:43 record no longer in sight, Obiri was not deterred and doubled down her efforts to come home in 30:53- a convincing victory over Spain’s Majida Maayouf (33:19) and Marta Galimany Guasch (33:52).

In the men’s 5k race the win went to France’s Jimmy Gressier who raced home in 13:39. He was chased all the way to the line by Uruguayan Santiago Catrofeclose who finished just a second behind. France also nabbed the third place thanks to a 13:45 from Yann Schurb.

The French had a great day of it in the men’s races as Morhad Amdouni ran a storming 10k race to go second on the European all-time list with his 27:42. Spain’s Carlos Mayo was runner up in 28:06 and then it was back to the French contingent for third place as Gressier also gave his legs a battering by doing the double, and was rewarded with a third place finish in the 10k race (28:13). Under-23 men’s champion Jimmy Gressier leading the field over the cross country back in Tilburg 2018.

Not just racing in Spain

Not content with letting the Spanish have all the fun, Bolzano Italy hosted the BoClassic. Again, this was an elite only race this year and run on a looped course rather than the normal one.

In the women’s 10k race it was Kenya who won out big time thanks to Margaret Chelimo Kipkemboi’s 10k debut of 30:42 and her compatriot runner’s up Dorcas Jepchirchir Tuitoek (30:43) and Norah Jeruto Tanui (30:45).

The men competed over 5k and were reportedly looking to beat a certain Jimmy Gressier’s European record (see above) of 13:18. It was a tight race but again, it was not to be. Ugandan Oscar Chelimo won in 13:17 and Robin Hendrix of Belgium fell just short of his continental challenge, taking silver in 13:19. Abdelaati Iguider of Morocco was third in 13:20. Winner Ciara Mageean (8:54) and second place Jip Vastenberg (8:55) both broke nine minutes, with Aimee Pratt just a few seconds over in 9:03 with a close race. The win caps a strong year for Ireland’s Mageean with personal bests over 800m and 1000m national records outdoors and a 1500m national record indoors.

Elizabeth Bird and Jenny Nesbit also featured, both finishing with 9:17.

The mens race saw both Mark Pearce (7:52) and Jack Rowe (7:54) break eight minutes, with Emile Cairess in third with 8:02 after winning last weekend at the Podium 5k outside. Ross Millington, Zak Seddon and Thomas Keen completed the small, but elite field.

The final word goes to James Thie (head of Team Thie) who would normally be calling the classic Nos Galen Races at this time of year.

Instead he did what I suspect a lot of us felt like doing yesterday, albeit with greater speed and over a greater distance – he went and thrashed out all his frustrations of 2020 with a good old run….. a 2:56:20 solo marathon run with 1,300ft of elevation.

And that’s a wrap

So, there’s 2020 for you. Who knows what the new year will bring. There have already been some interesting flurry’s on social media as Camille Herron and Charlotte Purdue have both left Nike.

Herron, who has set multiple records in Vaporflys and is rarely seen out of a pair, even in training, will be representing Hoka One One from now on. The US star and 24hr World Champion will feature in another 100k record breaking attempt organised by Hoka this January 23rd.

Purdue will join Lily Partridge on the Adidas roster, which will add an interesting extra level of competition to the GB women’s marathon scene.

Any races this weekend will be added to the round-up on Sunday, including the 3000m invitationals in Manchester.