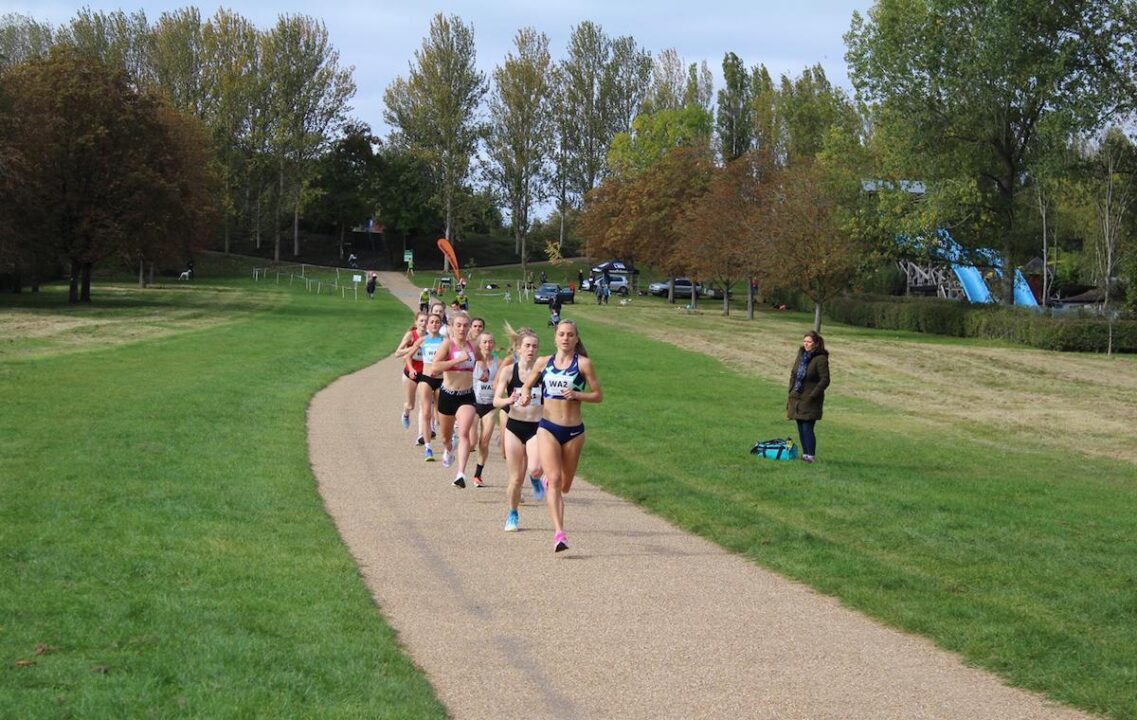 One year on from the hotly debated World Championships there, a hotly contested final meet of the Diamond League took place in Doha. It was a joy to watch as athletes really showed their mettle after a tough season.

While we’re normally concerned with the longer distances, it would be rude not to celebrate an impressive run from Elliot Giles who ran a PB of 1:44.56 in the 800m to take second place behind Kenya’s Ferguson Rotich. Guy Learmouth was sixth in 1:46.25.

After her tune-up in Battersea last week, Adelle Tracey had a storming run to take third in 1:59.87 – just one hundredth of a second outside her best time. Shelayna Oskan-Clarke was eighth in 2:02.22.

1.59.87 & 3rd at @dohadiamondleague 💥💎 So happy to get back to Sub 2 running a seasons best 0.01 shy of my PB. It’s been a tough year but I am so grateful to have had the opportunity to compete and end the season on a high 🖤 #DohaDL #HalfMileSmile #OffSeason

In the 1500m the men were fourth and eighth, but their placings should not mask the fact that James West and Piers Copeland ran excellent PBs of 3:34.07 and 3:35.32 respectively with both men in fantastic form at the moment.

7th in a stacked @dldoha race tonight 🥵🔥 gutted to just miss my PB but delighted to end my 2020 track season with another strong race!! Walking away slightly disappointed with running 8.26 shows the athlete I’ve become this year 💪🏻😊 pic.twitter.com/kyoUl4rf3a

Closer to home, the NoblePro MK 5km PB Special in Milton Keynes was a chance for top club athletes to thrash it out against each other this Sunday.

Australian running royalty the Gregsons in town the competition was always going to be fierce despite he very challenging windy conditions which were not set up for fast times. Repeat sub-4 miler Ryan and double Olympic finalist Genevieve took top honours in 13:50 and 15:49. Racing after the power couple on the women’s side was Eleanor Bolton who placed second in 16:22 (Ribble Valley Harriers) followed by Fast Running’s own Hannah Irwin who took third in 16:46 for Guildford & Godalming.

It was another event with fantastic depth with 66 men running inside 16 minutes and 40 women inside 20 minutes despite the conditions. Gen Gregson on her way to the finishing line. Photo: Tom Craggs

Full suite of races at Goodwood

The V40 ladies were out in force in the 10k taking gold and silver spots thanks for Lesley Locks (36:22) and Alexa King (36:07). Hannah Pullen was third in 36:25. The men’s race was a swift one too, with Joe Morwood breaking the tape in a convincing victory of 30:52, leaving Harry Leleu (31:19) and Alex Pointon (31:58) in his wake. Pay attention later in this write-up and you’ll see that Pointon had a busy weekend of racing!

Sam Amend was in a class of her own over 20 miles, which she covered in 2:11:00 to place fourth overall and top of the women’s rankings. Mili Mladenovic toughed out the conditions with a 2:27:07 for second and Elizabeth Prinsep was third in 2:39:25. For the gents, Ollie Garrod was first in 1:53:08 and James Baker also kept it under two hours with his 1:56:33. Holding off Samantha for third overall was Phil Stevenson who finished in 2:04:57.

Finally, the honour of winning one of the few full Marathon races still going ahead this year was taken by Joseph Turner who triggered the checkered flag in 2:29:56. The next two places were a fight to the finish with Peter Mackrell holding on for second in 2:34:07 and Alexander Betts placing third in 2:34:15. Sarah Gurney and Rebecca Bunting also battled it out in the women’s race with Gurney winning out in 2:53:09 and Bunting taking the runner up spot in 2:53:27. Elspeth Turner was third in 3:01:03.

On Wednesday at the Hercules Wimbledon middle distance night youth won out in the women’s 1500m as all three podium places went to U17 athletes. Poppy Craig-McFeely (Herne Hill Harriers) ran a PB of 4:39.98 to take the victory with Georgina Clarke (Hercules Wimbledon) placing second in 4:46.63. In a different seeded race Lulu Weisz (Hercules Wimbledon) ran the third fastest time of the night – 4:57.70.

For the men’s 1500m home-boy Charlie Eastaugh topped the rankings with his 3:54.58, just a whisker ahead of Herne Hill’s Nicholas Dewar who ran a PB of 3:54.83 to take second. Peter Cameron (Edinburgh AC/Cambridge Uni) took third place in 3:56.12

The next in Harrow AC’s race nights avoided the worst of the weather on Thursday at Bannister’s track. This week it was 800,1500 and Long Jump taking place. In a swift race, Mukhtar Musa of Shaftsbury Barnet was the speediest over 1500m, grabbing himself a new PB of 3:53.53. That places him third in his age group and 100th overall in the UK to date. Alex Melloy also PB‘d for second in 3:54.40 (U17, Cambridge & Coleridge). Rounding out the podium was Dylan Spencer who ran 3:54.73 claim a PB and third for Windsor Slough Eton & Hounslow (U20).

In the women’s 1500m the winner was Lilly Hawkins from Southampton in 4:24.89, followed by a 4:32.44 PB from Cambridge Harriers’ Holly Dixon in an earlier race which also featured Alice Garnder’s 4:44.02 (Aldershot, Farnham & District). Next week’s finale sees an attempt on the men’s V60 world record over 3000m as well as a strong field in the rest of the 3000 and mile races.

Finishing off the club racing week was a strong field at the Aldershot, Farnham & District end of season meet. Saturday’s racing saw Houghton Harriers snatch the victory from AF&D over 3000m thanks to a convincing 8:43.8 win from Cameron Allan. The home club took the next two podium spots though with Alex Pointon second in 8:47.2 and Rian McAwley third in a PB of 8:51.1.

If road or track racing isn’t your thing then look to the Maverick Adidas TERREX X & Ultra Peak District race – a beaut’ of a course with a whole range of distance options. Jack Galloway and Lorna Spayne bossed the ultra distance, finishing in 4:30:25 and 4:57:16. Long honours went to Alex lawton (3:09:28) and Lorna Al-Ani (4:22:29).

We did it. YOU did it! Together WE BLOODY DID IT!! We won’t lie… it was touch and go the day before the event, with the wind and some sign removal threatening to turn the event into chaos. But with a solid team around us and enough pizza to feed a small army we smashed it out the park. All of you runners brought an amazing attitude and atmosphere to the race which made the whole day SO enjoyable and go ahead without a glitch! The team continue working hard even after the finish arch is deflated… …with full results being available to you from a little over an hour after the final cut off, a full set photos all uploaded ready to go just 12 hours after the final cut off and making sure we reply to your amazing social posts… and why? BECAUSE the event doesn’t stop once you get your medal and leave the car park. We love what we do and the extra ‘Maverick’ bits is why you always come back for more!! Double weekend next weekend… who’s in?? #theoutdoorsawaits #peakdistrictnationalpark #ultrarunning @adidasterrex @jakebaggaley.photographer

Fast10 athlete Erika Kelly clock 12014m for the hour walk which we believe might be a British record.

And finally with London just a week away Britain’s Steph Twell had a bit of light sharpening to finish 3rd at the SM 10km in Belp, Switzerland clocking 33:38. Also competing were Brits Kyle Fowler (32:29) and Mark Pearce (32:38).

So, that concludes the results for this week. It’s the final countdown now to London Marathon and it’s certainly going to be a fascinating write up next week. See you then!