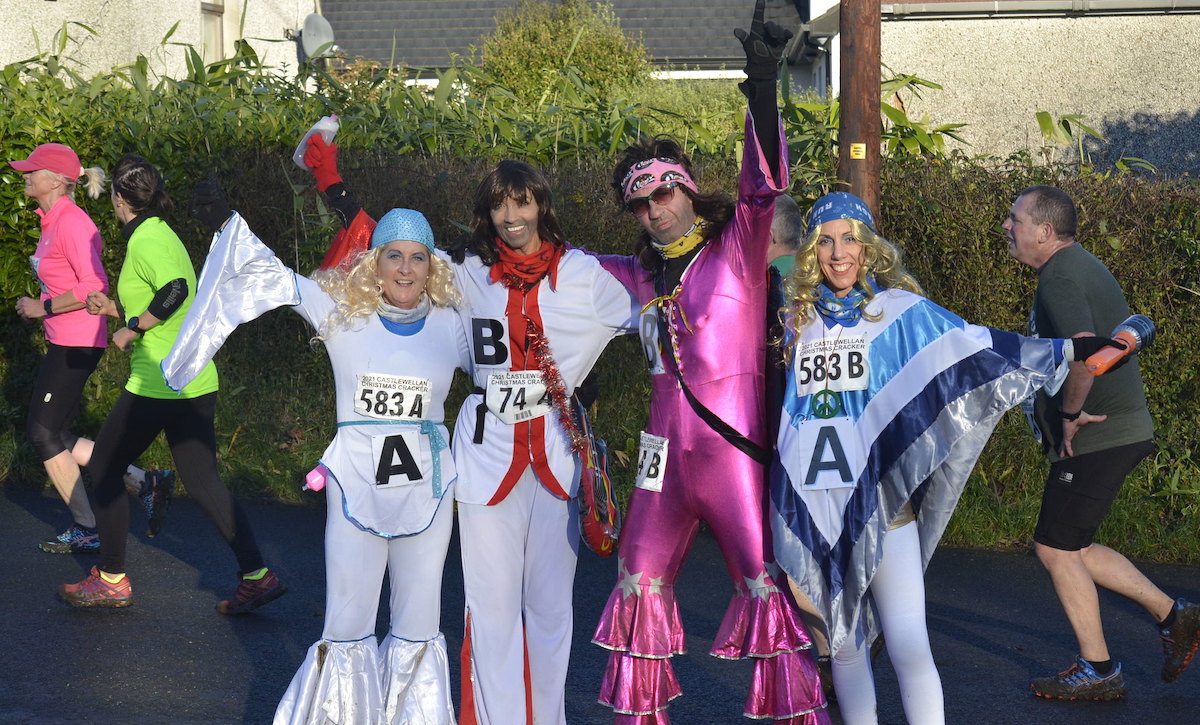 Closing out 2021 with a bang or hitting the ground running in 2022, whichever you prefer, Lindie Naughton has you covered in this week’s Irish round-up.

Daniel Stone and Kieran Kelly made it a Raheny Shamrock one-two at the annual Tom Brennan Memorial 5km, held in Dublin’s Phoenix Park on New Year’s Day when it attracted an entry of almost 500.

Finishing first woman in a time of 16:45 was junior athlete Laura Mooney of Tullamore Harriers, currently on scholarship at Providence College in Rhode Island, USA. Celine Gavin of Dublin City Harriers was second in 16:51 and Ava Costello of Trim AC third and second junior in 17:39.

Best of the eighteen men’s teams was Raheny Shamrock AC, with Stephen Fay in seventh place making up the team. Clonliffe Harriers, led by sixth-placed Mark Kenneally, was second, and Donore Harriers third.

A sprint for the line on New Year’s Day

In an exciting finish to the Resolution Run 5km in Galway, Sean Cotter of Craughwell AC out-sprinted David Patrick Cotter of Galway City Harriers and Abaas Adam Edris of Castlegar AC for victory in 15 mins 45 secs. Cotter was second in 15:47 and Edris third in 15:49. North Belfast Harriers at Race over the Glens

At the Race over the Glens in Glenarriff Forest Park, Co Antrim, reigning “King of the Glens” Zak Hanna of Newcastle AC retained his title comfortably, completing the tough six-mile course in 34 mins 35 secs.

Stephen Connolly of Annadale Striders was second in 36:09, followed by ten times race winner Jarlath Falls of Ballymena and Antrim AC in a time of 36:38.

Martsje Hell of North Belfast Harriers finished first of the women in a time of 45:06 reclaiming the title of ‘Queen of the Glens’ which she last won in 2017.

At the Bweeng trail race in Co Cork, Barry McEvoy completed the 10km course in 39 mins 12 for a clear victory. Nick Hogan was second and first M40 in 40:26. First woman in 48:30 was Carol Finn of Leevale AC.

Flying Finn makes it four in a row

Leevale’s Michelle Finn made it four wins in less than two weeks when taking the honours at the inaugural Grange-Fermoy 10km on New Year’s Eve writes John Walshe.

Having won three 5km races (two in course records) at Newmarket, Farranfore and Togher – the latter two in the identical time of 16:05 – the longer distance proved no obstacle for Finn and she finished over two minutes clear of Courtney McGuire from Clonmel AC in a time of 34:37. McGuire recorded 36:42 with Niamh Moore of Leevale AC finishing third in 36:56.

After winning the national cross-country title in November, Finn was unable to recapture that form when finishing 46th at the European Cross-Country Championships at Abbotstown. “I’m still getting over the Europeans and just doing road races for fun and enjoying it at the moment,” said the double Olympian.

In a Leevale double, there was a classy overall win for Ryan Creech who broke the 30-minute barrier, with his time of 29:54 giving him a clear margin over Tim O’Donoghue of East Cork AC who recorded a time of 30:33, his fastest ever for the distance. Former national marathon champion Sergiu Ciobanu of Clonliffe Harriers came third in 31:14.

An eye-catching performance came from Eileen Kenny of Athlone IT AC who was first W70 in a time of 48:33. According to the Irish Masters website, this improves the existing record by more than a ten minutes. The previous best at 59:26, run in 2014, was credited to Maureen Fitzgerald from Thames Valley Harriers.

On a busy week on the Cork roads, the following morning the action moved to Newtownshandrum near Charleville where East Cork ACjunior Paul Hartnett (fourth in the recent national novice) and Martina Kiely of St Finbarr’s AC were the winners of the Shandrum 5km in respective times of 15:20 and 17:45.

Thomas Moran of Dunshaughlin AC was a clear winner of the Rita and Robbie 5km, hosted by Navan AC on Monday (December 27) in a time of 14 mins 46 secs. Leevale’s Gavin O’Rourke and Eoin Smyth of Tara AC were second and third in times of 15:09 and 15:12 respectively.

First M40 in 16:07 was Eoin Flynn of Rathfarnham WSAF, home for the holiday from his base in the Canary Islands.

Junior athlete Ava Costello of Trim AC was first woman in 17:35, closely folowed by Laura Buckley of Dunboyne AC in 17:43. On a good day for Trim AC, Edel Gaffney was third woman in 18:10 and helped the club to team victory over Duboyne AC and Bohemeen AC.

Drogheda and District, led by Tadhg Donnelly in fourth place, was first of the men’s teams, beating Clonliffe Harriers and Dunshaughlin AC.

Winner of the R-Ace 5km in Drogheda on Tuesday (December 28) were Tudor Moldovan of Clonliffe Harriers in 16:12 and Karen Costello of Dunleer AC in 19:01.

Winning the Castlewellan Christmas Cracker, also on Tuesday, was the pair of Zak Hanna, from host club Newcastle AC and Andrew Annett of Mourne Runners in a time of 53 mins 5 secs for the eight mile course.

Eighth overall and first mixed team were Aidan Brown of host club Newcastle AC and Letterkenny’s Nakita Burke in 61:16. For Ballydrain Harriers, Amanda Perry and Denise Logue took the women’s title in 70:59. A massive total of 615 pairs ran – many of them in festive dress.