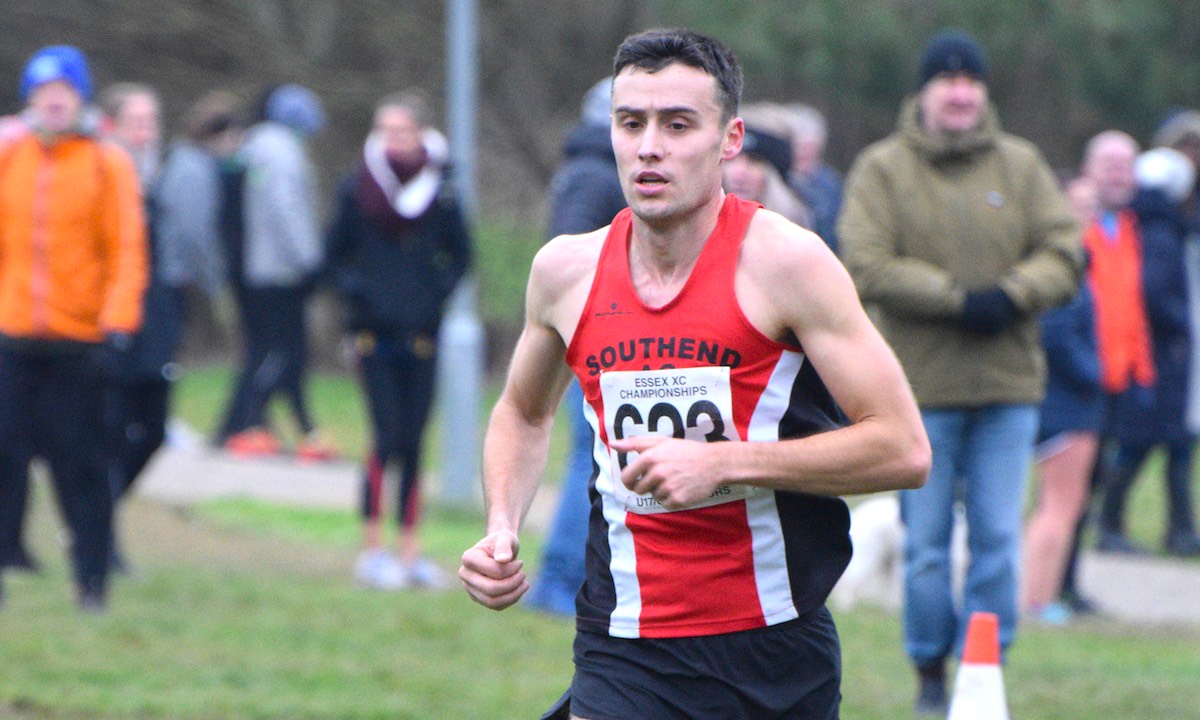 Adam Hickey and Jess Judd are among the cross country winners across England, while Laura Muir opens her indoor season with an impressive performance in Glasgow.

The international stars were just two of thousands who turned out for their clubs at county cross country championships across the nation this weekend in a welcome boost for domestic athletics.

The Essex and Suffolk championships saw athletes of both genders taking on equal distances for the first time in their events’ history, with the senior men and women running 10k a piece. Until this weekend’s event the men had run 12k and the women 8k.

Judd, running for Blackburn Harriers AC, comfortably led the ladies home to win in 35:56, over a minute ahead of her nearest rival Lauren Deadman of Havering AC in 37:03. Hannah Irwin finished third for Braintree & District in 37:45.

Leeds City’s GB ace Claire Duck successfully retained the women’s title at the Yorkshire championships at North Stainley (January 5). Duck clocked 27:57 for the win ahead of Rotherham Harriers Nicola Devine in 28:31. In third place was Leeds City’s Georgia Malir in 28:43. Much further south, there were some appropriately speedy performances at the Kent championships at Brands Hatch (Jan 5).

Tonbridge’s in form Lucy Reid was another clear winner of the women’s 8k race in 29:42, ahead of Blackheath & Bromley’s Niamh Bridson-Hubbard (30:22) and Tonbridge’s young star, Kirandeep Marsh (31:34).

Benedict Cole won from club mates Max Nicholls and Jamie Bryant to make it a clean sweep of the podium positions for Tonbridge in the men’s 12k race. Cole ran 38:04 to Nicholls’ 38:20 and Bryant’s 38:40. Robbie Farnham-Rose was also fourth for the club in 38:52!

Staying in the south of the country, the Surrey championships saw wins for Guildford & Godalming’s John Sanderson and Epsom and Ewell Harriers’ Isabel Brinsden in their respective 12k and 8k races (January 5).

Sanderson just fought off stiff competition from AFD’s Jack Rowe, the two finishing in 38:03 and 38:05 respectively. Mole Valley’s Luke Caldwell could only manage third in 38:21, proving how fierce this race was!

The women’s race was even fiercer, with Brindsen and Highgate Harriers’ Molly Renfer given exactly the same time for first and second, 29:16. AFD’s Laura Gent took third in 29:24.

There was another Tonbridge win at the Sussex championships at Bexhill for the club’s Nicole Taylor, who won the women’s 6.4k race by more than a minute in 23:48 (January 5). Worthing’s Leah Harris took second place in 24:47, while Brighton Phoenix’s Almi Nerurkar was a fine third in 25:05. If that name sounds familiar it is because Almi is the daughter of 2:08 marathoner, Richard Nerurkar!

Over at the Warwickshire and Worcestershire championships at Stretton-Under-Fosse, Bournville’s Nicola Sykes proved her incredible consistency to win the women’s 6k event in 20:42 (January 5). Sykes fought off Nuneaton’s Polly Keen and Birmingham Running ATC’s Molly Browne, who were second and third in 21:02 and 21:10 respectively.

AFD’s Ellis Cross took the men’s 10k title in 31:37, holding off Birchfield Harriers’ Omar Ahmed and Will Richardson, who finished less than 18 seconds behind. Ahmed ran 31:41 for second, while Richardson crossed the line in 31:55.

Brecker won the men’s race in a speedy 27:41, although we couldn’t qualify how long each race was. Wolverhampton & Bilston’s Jon Morris was a distant second in 28:50 while City of Stoke had another medal winner in David Sheldon, who was third in 29:11.

Holt was a superb winner of the women’s race in 18:37, well over a minute ahead of Newcastle’s Rebecca Twardochleb, who ran 19:43 for second. Cannock & Stafford’s Giorgia Chattwood was third lady in 19:59.

In the men’s 12k race, Shaftesbury Barnet’s Phillip Crout was victorious in 38:18 from Highgate’s Alex Lepretre, holding off his rival by just two seconds. Serpentine’s fast improving athlete, Chris Wright, took the third spot not far back in 38:34.

Gezimu won the men’s race by nearly 200 metres when he clocked 38:18, with Sale Harriers’ Phil Robertson claiming second place in 38:55. St Helens Sutton’s Thomas Griffiths was a distant third in 39:47, but well ahead of his nearest rival.

It was business as usual in the women’s 8.4k race at the Hampshire championships at Curdridge (January 5) when AFD and GB star Louise Small took the title in 29:48, nearly 40 seconds ahead of her nearest competitor. Club mate Lauren Hall was second in 30:25, while Southampton’s Laura Brenton took third in 30:58.

AFD’s Phillip Sewell kept the trophies in the club cabinet when he won the men’s 12k race in 39:16, ahead of Serpentine’s Andy Greenleaf’s 39:37 and Southampton’s Jamie Knapp’s 39:52.

Wassell took the women’s 6.5k title in 25:27, with Cheltenham athletes taking the next four positions here two! Rachel Underhill was second in 26:57 while Naomi Eaton took third in 27:06.

Hughenden Park saw some fierce battles at the Buckinghamshire championships (Jan 5), with Cheltenham again featuring in the men’s race. The club’s Alex Bampton was the men’s 12k victor in 40:00 ahead of Windsor Slough Eton & Hounslow’s Alex Goodall (40:16) and MK Distance Project’s George Wheeler (40:37).

Marshall Milton Keynes’ Elle Roche was the women’s winner in the 8k race in 31:23, with Belgrave’s ultra running ace Sam Amend second in 32:13. Vale of Aylesbury’s Alice Wright was third in 32:34.

Sale Harriers’s Katie Hellison took the women’s win at the Lancashire championships at Blackburn (Jan 5), crossing the line in 23:17. Manx Harriers’ Rachael Franklin made the long trip worthwhile when she finished second in 23:36, while Salford’s Carla Davies was third in 23:45.

In the Derbyshire championships, it was a welcome return to the country for Leigh Harriers’ Lauren Howarth in the women’s 8k race. Howarth won in 23:34, with Derby AC’s Veleska Wills second in 25:57. Ribble Valley’s Helen Thornhill took third in 26:08.

Results for County championships which were not available at the time of publishing will be added once they are released.

Away from the mud and in the warmth of the indoor track, there were top 3000m and 5000m performances from Scotland’s elite athletes at the GAA Miler Meet at Glasgow’s Emirates Arena. The meeting incorporates the Scottish Championships 3000m, and saw the top three male athletes break 7:58. The race was won by Glasgow University’s Sol Sweeney in 7:56.78, with Inverclyde AC’s Adam Craig close behind in second (7.57.66) and Leeds’ Philip Sesseman running 7.57.84 for third.

Sweeney and Craig are now ninth and 10th on the Scottish all-time list for 3000m indoors.

Laura Muir and Jemma Reekie were also in fine form in the 5000m and 3000m respecively, with Muir taking the 5k win in a superb 14:52.02, her second fastest ever indoors.

Staying indoors, Joseph Reid and Jamie Webb won over 800m and 1500m at the opening BMC Grand Prix in Sheffield on Sunday (January 6).

Action from the men's 1500m and the women's 800m at the Sheffield GP today 6.1.19. Brilliant victories for @jamiewebb800 3:43.59, ahead of Jonny Hay and @tamsinmcgraw 2:13.02 – both winners earning England selection. More pics to follow. Thanks to @englandathletics for hosting us, and as always to the pacers for making it happen. Photos : Photos @thatsagoodoneofme

Further afield in Italy, there were top runs by Ross Millington and Daniel Hallam to finish 7th and 19th at the Campaccio Cross Country. Hagos Gebrhiwet and Yasemin Can took the overall wins.

Meanwhile, a week after Alex Yee ran the second fastest ever men’s time at parkrun, Welsh and British international Charlotte Arter ran a superb 15:50 to break the women’s parkrun record on Saturday (January 5).

More about Arter’s performance and round-up of the weekend’s top runs at parkrun can be found here.