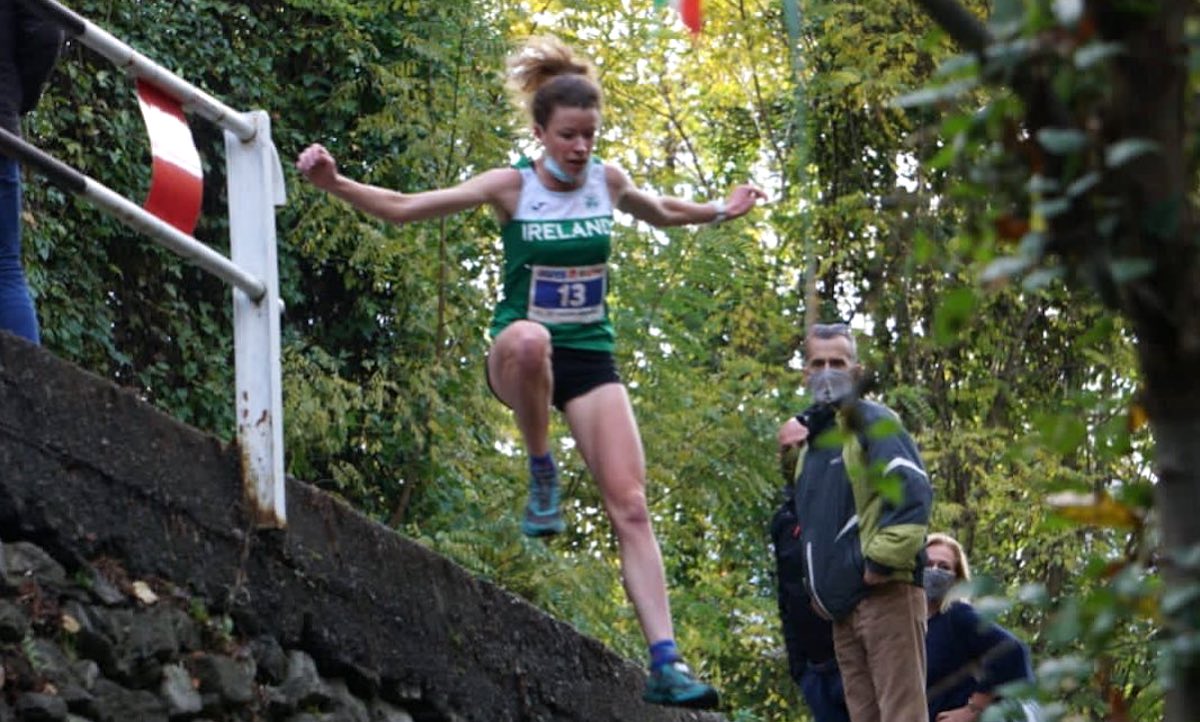 Once again the Irish mountain runners come to the fore and shine with excellent performances in Italy. Lindie Naughton reports.

Irish mountain running international Sarah McCormack ended her season with a new course record for her leg in women’s race at the Trofeo Vanoni in Morbegno, Italy on Sunday (October 25).

In the women’s relay for teams of two, McCormack teamed up with Wexford athlete Dena Hogan and clocked a superb time of 21 mins 07 secs in difficult conditions. The previous record was 21 mins 14 secs, held by former European Mountain running champ Emmie Collinge.

“I was delighted to manage to get the course record at one of my favourite races,” said the Irish international. “The event has a great history behind it and the people live and breath mountain running here so it was a really satisfying record to break.”

Following on Hogan finished in 25:51 and the Irish pair finished a respectable sixth.

Zak Hanna on one of his other highly successful outings in Italy this year. Photo: PizTri Vertikal

In the men’s relay for teams of three, Zak Hanna helped a Great Britain and Ireland team to fifth place, running the second leg in in 30 mins 42 secs – a faster time than in 2019 when Hanna ran a time of 31:04 and the team finished sixth – Zak’s time 31:04. Also of the team this year were Andrew Douglas and Ben Mounsey.

Track running down under

Australia-based Kevin Batt who ran with Dundrum South Dublin AC when he lived in Ireland, clocked a personal best time of 29 mins 27.87 to finish fifth in the Bankstown 10,000m championships held in wet conditions at The Crest, Sydney on Saturday (October 24).

In 2015, Batt finished 16th in the 5000m when representing Ireland at the 2016 European Championships

Cross country across the pond

Cotter was NCCA division athlete of the year last season and took team bronze in the U23 race at the European cross country last December.