Plenty of Irish action this weekend 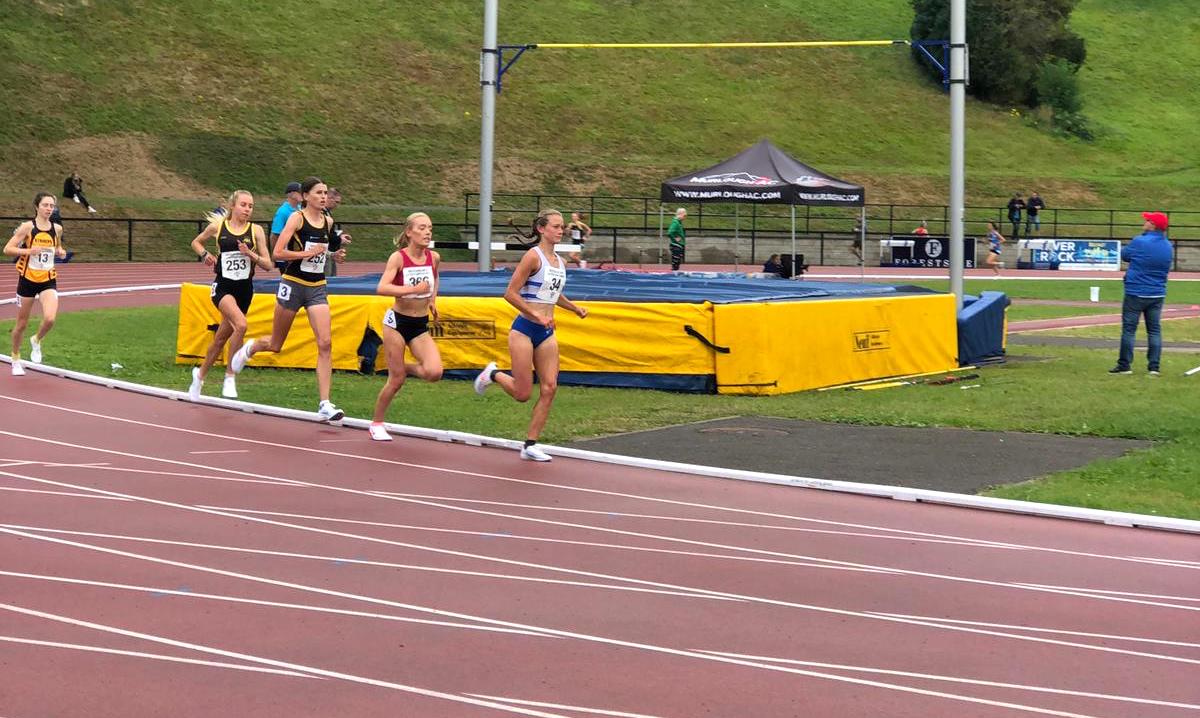 Lindie Naughton reports on action at home and at the Olympics for Irish athletes.

****Apologies for the later Irish round-up this week, totally down to our editor Robbie being rather tired from a long bike race around Switzerland.****

John Travers of Donore Harriers was a comfortable winner of the Milford 5km in Donegal on Friday evening (July 30).

Finishing seventh and first woman in 16:20 was Aoife Kilgannon of Sligo AC. Maria McCambridge of Dundrum South Dublin AC was second woman in 16:41, which is (unofficially) an Irish W45 record for 5km on the roads, beating a record held by Catherina McCambridge. Third woman was Breege Connolly of City of Derry Spartans in 16:43.

Two days later, Letterkenny AC angled their way to victory in the men’s race at the Donegal Road Relays in Ireland’s fishing capital of Killybegs.

John McCallion ran the first of the four 1500m legs, running a time of 4 mins 21 secs and handing over to Raymond Birch in third place. Birch maintaining that placing, running 4:42. On the third leg, Danny Mooney overhauled the front two runners to take the lead, leaving it to the veteran Ciaran Doherty to run the glory leg.

Fisherman Doherty, no stranger to Killybegs, easily held the lead clocking a fast time of 4:19. The team’s overall time was 17 mins 35 secs.

Winner of the Wicklow 5km Series round 3 in Avondale Forest Park, Rathdrum, also on Saturday, was Sean Hehir of Metro St Brigid’s AC in 16:16 . Niall Shiel of St Killian’s AC was second and first M40 in 16:49 and Tim Grummell of Inbhear Dee AC third in 17:58.

Barry Minnock of Tullamore Harriers was the winner of the Mondello Try and Finish Before Midnight Marathon held in conjunction with the Donadea 50 on Friday evening ( 7pm start) at Mondello Park in Co Kildare (July 30).

Minnock ran the twelve-lap course in 2 hrs 50 mins 47 secs, so finishing comfortably before midnight. Second in 2.51:55 was Barry Drohan of Carrick-on-Shannon AC, while third was ultra man Keith Whyte of Ennis TC in 2:52.13.

First woman was Deirdre Lynn of the Marathon Club of Ireland in 3:21.55. Behind her, Lorraine McMahon of Wexford MC and Anne Jennings of Dublin Bay RC finished together in 3:42.31. A total of 42 completed the marathon distance.

First home in the six-lap half marathon was Paralympian and wheelchair racer supreme Pa Monahan of St Coca’s AC in a stunning time of 48 mins 13 secs.

Track running outside of Japan Plenty of racing over 1500m

Over 1500m, Roisin Flanagan of Carmen AC won the fastest of two races in 4:18.54. Maisy O’Sullivan of St Abban’s AC was second in 4:29.84, and Cheryl Nolan, also St Abban’s AC, third in 4:27.91. Roisin’s twin, Eilish, recently recruited to Finn Valley AC, was in action at the Tokyo Olympics early on Sunday (August 1) where she ran a personal best time of 9:34:86 for 12th in her first round heat of the steeplechase.

Three men’s 1500m races were held with Samuel Stevens of Leicester Corinthians AC clocking the 3:47.16 for victory in the fastest of them. Paddy Taylor of Crookstown Millview AC was second in 3:48.03, Johnny Whan of Clonliffe Harriers third in 3:49.00 and Danny Mooney of Letterkenny AC fourth and first Ulster man in 3:50.00.

Winning the men’s 3000m steeplechase in 9:44.91 was Stephen Connolly of Annadale Striders.

Griggs’s time of 8:07.46, which put him ten seconds clear of the chasers, is a national youth record and the fastest time in Europe so far this season for that age group. His previous best time was 8:11.15, run at Santry in late June. At the Tokyo Olympics, Ciara Mageean and Sarah Healy were in action in the opening round of the women’s 1500m at the Olympic Stadium, Tokyo on Monday (August 2)

At her second Olympic Games, Mageean, from the City of Lisburn club finished 10th in her heat in a time of 4 mins 7.29 secs. Healy, who is from the Blackrock club in Dublin, was 11th in her heat in 4:09.78 in her Olympic debut.

“I’m feeling disappointed to say the least,” said Mageean afterwards. “Anybody who’s seen me racing over the last number of years knows that I’m a tough competitor, I know I am, and whenever I put my Irish vest on I raise my game, and that was sub-par for me today.”

One of the youngest members of Team Ireland, Sarah Healy, was hoping for more from her heat, saying: “Everybody says that they’ll be back next time, but I’m here now, and I felt like I could make a semi-final if I ran to my potential. Obviously I want to be back for Paris but it’s not going to take away from the disappointment I have today.”

Andrew Coscoran for Star of the Sea AC goes in the men’s 1500m tomorrow (Tuesday) followed by the marathon runners at the weekend – Fionnuala McCormack and Aoife Cook on Saturday and Stephen Scullion, Paul Pollock and Kevin Seaward on Sunday. Up in those hills

US-based ultra man Paddy O’Leary from Co Wexford proved the class of the field at the Galtymore mountain race in Co Tipperary on Sunday (August 1).