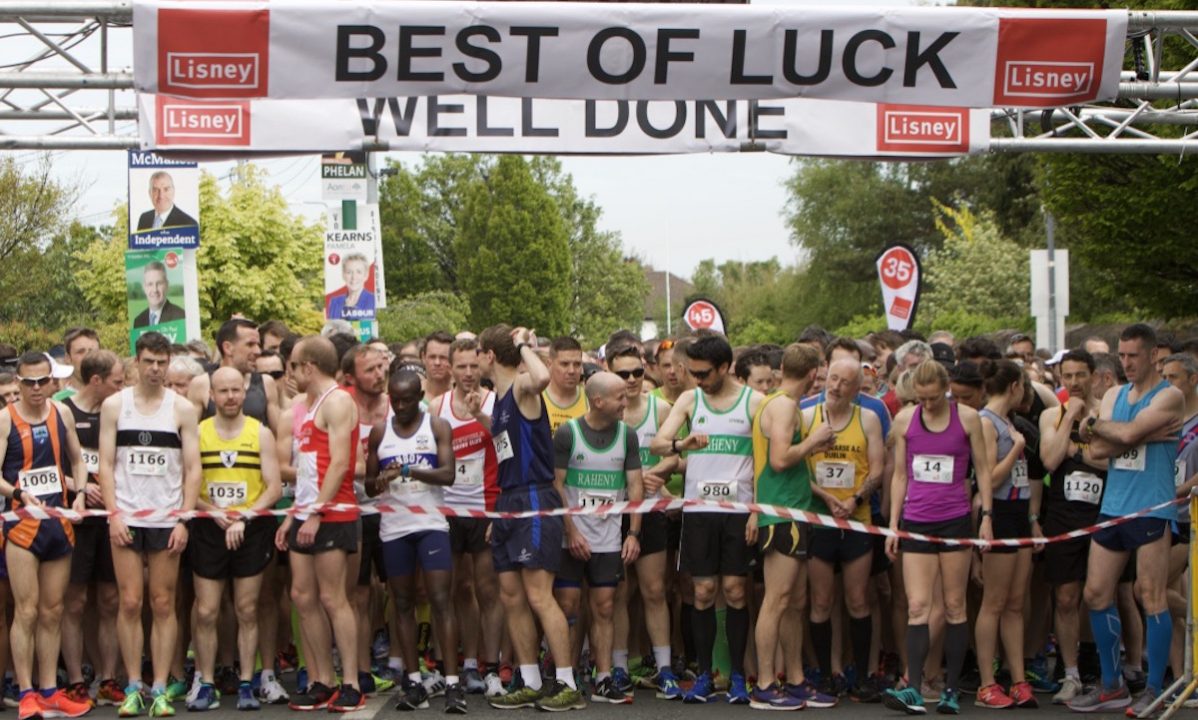 In a weekend of shorter events, from sprinting to five milers, here are the standout performances from Irish athletes.

Ireland’s young relay team nearly nailed down qualification for the World Championships in Doha with a time of 44.02 secs in the women’s 4 x 100m at the World Relays in Yokohama Japan on Saturday (May 11). The quartet of Ciara Neville, Gina Akpe-Moses, Rhasidat Adeleke and Patience Jumbo Gula, who ran in that order, finished sixth in the third of three heats and tenth fastest overall. Unfortunately China’s four finished 11th with a qualifier so we will have to wait for the youthful athletes to get their qualifying mark.

Much the same team thad taken silver last summer at the World U20 Championships with a time of 43.90 while Neville and Akpe Moses were part of the senior team, along with sisters Phil and Joan Healy, that ran an Irish record of 43.80 secs at the European Championships in Berlin.

Winning the third heat was Germany in 43.03 secs. In the first heat the USA ran a world leading time of 42.51, with three teams in that heat and in heat 2 either being disqualified or failing to finish, among the Great Britain.

Peter Somba, on his sixth annual visit to Ireland, was the uncontested winner of the annual Terenure 5-Mile in Dublin on Sunday. For the past three years, Somba had held off Mick Clohisey for victory but this year, with no Clohisey pushing him on, he proved the class of the field and finished in 24 mins 11 secs holding up four fingers. Second and first M35 in 25:39 was Mark McKinstry from North Belfast Harriers, who since winning the British and Irish Masters Cross Country last November has put together an impressive string of wins on the Ulster roads.
Making a return to competition in third place was former junior international athlete Aaron Hanlon of Clonliffe Harriers, now back in Dublin after four years at Providence College. He finished in 25:11.

First woman in 28:08 was Siobhan O’Doherty of Borrisokane AC, second last year, and winner in the previous two years before that. Catherina McKiernan of Annalee AC, was just behind her for second and first W45 in a good time of 28:17. Una Britton of Kilcoole AC was third in 28:30, while of the masters, Annette Kealy of Raheny Shamrock was an impressive W50 winner in 29:37.

In the team competition, race organisers Sportsworld made it a home double taking both the men and women’s senior titles. In the men’s category, with 22 teams entered, the team were clear winners ahead of Clonlifffe Harriers and Donore Harriers, with Karol Cronin seventh and Gareth Murran ninth.

A team from Sanctuary Runners, the asylum seekers running group, finished eighth of the women’s senior teams and 12th of the men’s. Group members stay fit by competing in their local Parkruns every Saturday.

Hiko Tonosa of Dundrum South Dublin AC travelled to Co Cork on Sunday (May 12) where he led home over 400 finishers at the Bweeng 5km in a time of 14 mins 32 secs. Over half a minute behind for second in 15:04 was Paul Moloney of Mallow AC. Rory Chesser from Ennis TC was third in 15:12

Finishing tenth overall and first woman was Michele Finn of Leevale AC in 16:15. Youghal’s Aoife Cooke was second in 17:15 and Martina Kiely of St Finbarr’s AC third in 17:56.

Winners of the Hugo Smith Memorial 5km in Ferbane, Co Offaly were Mick Fogarty of Ferbane AC in 15 mins 56 secs and Nadine Donegan of Tullamore Harriers in 17:53.

At the mid-week Leixlip 5km on Wednesday (May 8) the winners were Peter Somba of Dunboyne AC and Laura McDonnell of Tallaght AC.

Somba was pushed hard by Clonliffe’s Ian Guiden in the early stages of the race but pulled away to win in 15:01 with Guiden two seconds behind for second. McDonnell finished in 18:17.

Saturday’s Ton le Gaoithe meet in Waterford (May 11) proved its worth with a number of qualifying times for the major championships later this season recorded.

In the women’s 100m races, Sarah Quinn of St Colman’s South Mayo AC ran 11.80 while Molly Scott of St LOT and Kate Doherty of Dundrum South Dublin AC both ran times of 11.83 secs, putting all three under the European U23 B standard of 11.85 secs.

Deirdre Murray’s time of 59.88 secs in the 400m hurdles was not only an A standard for the European U20 championships (59.95) but sees the Na Fianna AC athlete topping the current European U20 rankings. Kilkenny athlete Ciara Deely’s time of 60.26 was comfortably inside the B standard of 61.50.

Highlight of the men’s performances was a legal time of 10.64 (+1.4) in the 100m for Joseph Ojewumi of Tallaght AC – the second fastest time by an Irish sprinter so far this season. Eanna Madden of Carrick-on-Shannon AC clocked 10.70 and David Murphy of Kilkenny City Harriers 10.79.

Sidelined for the meet was Phil Healy who is still recovering from a fracture to her foot caused by a freak non-running accident. Healy, who is a student at Waterford IT, helped out with check-in, seeding and results.

In the USA, shot putter Eric Favors of Raheny Shamrock AC improved his best to 18.87m for third place at the SEC Championships in Fayetteville, Arkansas on Friday (May 10). Favors previous outdoor best was 18.49m. Indoors, he lies third on the all-time Irish list with a 19.28 effort in New York last January.

His clubmate Colm Bourke was also in good form with a leap of 7.58 metres seeing him finish sixth in the long jump at the Sunbelt Conference in Arizona and adding 16cm to his previous best. Bourke now moves into seventh place on the all-time Irish list