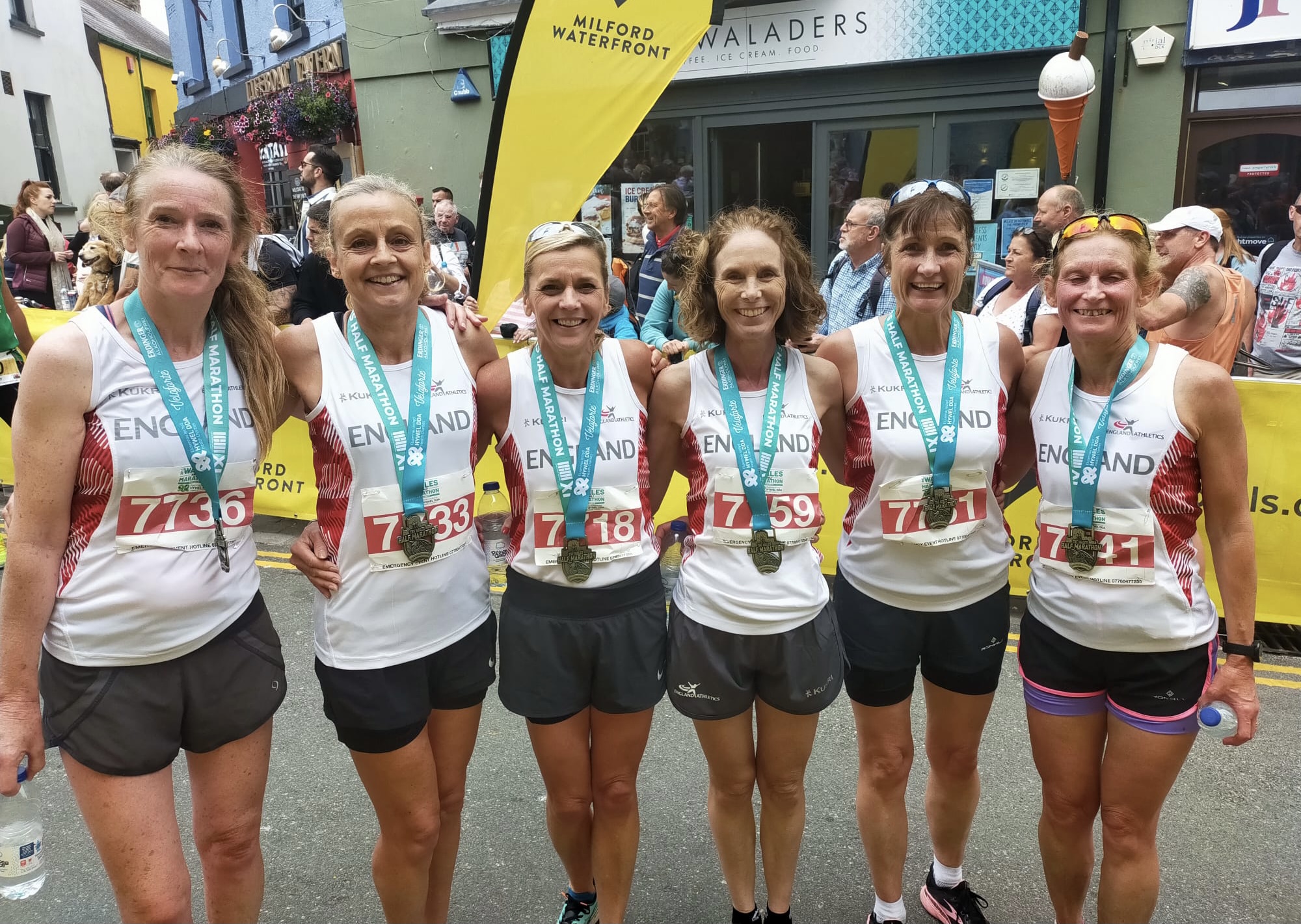 Marvellous in the Mountains

This weekend saw plenty of racing at the inaugural European Off-Road Running Championships, from which the Great Britain and Northern Ireland team came away with 11 medals (two gold, three silver and six bronze).

Highlights of the weekend included an individual bronze for Scout Adkin in the senior women’s up and down race. She was followed by Kate Avery (11th), Holly Page (17th) and Hannah Russell (18th), leading the squad to bronze in the team competition. Two days earlier, the senior women’s team took gold in the uphill only race. Scout was the first across the finish line in fourth.

The junior athletes had strong outings also, with individual medals for Eve Whitaker (silver) in the U20 women’s up and down race and Charlotte Rawstron (silver) in the U20 uphill race. There were team silver medals in both races also. Finlay Grant took bronze in the men’s U20 up and down race with just a five second margin. Good performances from the rest of the four Brits in the field secured a team gold.

A fifth-place finish for Joe Steward was the best performance in the senior men’s up and down race. The weekend saw GB finish fourth on the medal table.

Emile Cairess had an excellent outing at the Night of Athletics in Heusden in Belgium, improving his 5000m lifetime best by over 10 seconds with a 13:26.40 clocking for fourth in the race. He becomes the eighth British athlete to run under 13:30 for the distance on the track, and the first to do it outside of the United States. At the same competition, Jamie Webb ran his second fastest 800m of the year clocking 1:45.39.

Speaking of good 5000m performances, Izzy Fry had one of her best races at the Meeting International d’Athlétisme de la Province de Liège in Belgium. She set a new lifetime best of 15:21.32 over twelve and a half laps, inside the European Championships qualifying time.

The last Diamond League before the World Championships took place on Thursday in Stockholm and provided plenty of excellent performances, ending with an outdoor World Best for Mondo Duplantis in the pole vault.

The handful of British athletes competing in the middle distance races had a good day the races; Ben Pattison (1:46.06) recorded one of the best wins of his season in the 800m b-race, with second place finishes for Keely Hodgkinson (1:58.18) and Matt Stonier (3:36.60) over 800m and 1500m respectively. In the midst of uncertainty regarding her selection for the World Championsips, Ellie Baker finished fifth over 1500m (4:08.63).

A week after retaining her British steeplechase title, Lizzie Bird stepped down in distance with a win and PB over the mile (4:30.67) at the Morton Games in Dublin. She was followed by Hannah Nuttall (4:33.42 PB) in third, whilst there were commanding wins over 800m for Isabelle Boffey (2:03.22) and Kyle Langford (1:46.81).

At the Meeting Stanislas Nancy in France, George Mills improved his 1500m PB to 3:36.00, matching the qualifying time for the European Championships.

As ever, this week has seen a flurry of fast road races across the country. The fastest times of the weekend were set at the Saucony X Podium 5km races.

Calli Thackeray having requested a move to the ‘A’ race to chase a sub 15 time got very close in taking the win with another stunning performance clocking 15:04. Phily Bowden continued her excellent form post marathon running 15:44 as the next fastest woman competing in the ‘B’ race with Elle Twentyman just behind her running 15:46. Eleanor Bolton also ran sub 16 well clear in the ‘C’ race with 15:55.

Jonathan Escalante-Phillips ran 14:11 to win the ‘A’ race edging out Dan Jarvis (14:12) and Dominic Jones (14:14). Across the ‘A’ and ‘B’ races 31 men broke the 15 minute barrier and 12 women broke the 17 minute barrier across the A-D races on a fabulous display of road running where athletes were offer the opportunity to compete for a total prize pot of over £4000.

No record cash paid out yesterday at Podium but over £4000 in prize money.

There were also impressive performances at Great North 10k in Newcastle. As he completes his preparations for the World Championships marathon in a fortnight’s time, Chris Thompson took a win in his fastest time in five years with 28:59, finishing ahead of Calum Johnson (29:10) and Ed Bovington (30:31).

Sunday’s Wales Half Marathon incorporated a team competition between England and Wales that brought out strong competition. Following news of his selection for the European Championships in August, Andrew Davies recorded a margin of victory of over two minutes (68:58), getting the better of Tom Merson (71:00) and Oliver Harradence (72:16).

Making its welcome return, there were strong performances at the Porthcawl 10k. After taking turns to lead out the women competing, Jordan Matthews (35:37) got the better of Lauren Cooper (35:47) in the closing parts of the race, with the top three completed by Chloe Dooley (39:39). Local athlete James Hunt (30:35) took a strong win ahead of Mike Ward (31:24) and Matt Edwards (31:36).

James Hunt was made to wait three years to avenge his defeat at the inaugural race but he claimed the 2022 title with a commanding victory on home soil.

Read more about the men’s and women’s elite races:https://t.co/jwxalFOLEA pic.twitter.com/G742okhcqo

Crossing the Irish Sea, Jessica Craig (34:40) and Steven McAlary (30:44) were victorious at the Larne 10k. There were commanding wins for both Christian Green (32:40) and Laura Parsonage (39:52) at the Langley Burrell Fast 10k, the former finishing over a minute ahead of the field, with Laura even more impressive with a four-minute gap on the rest of the women racing.

Another athlete looking to the summer ahead, Jonny Mellor (29:34) had a good outing at the Chester Zoo 10k, as did Charlotte Towers (39:31).

The fastest athletes at Friday’s Finsbury Park 5000s both set PBs, in the form of Kate Moulds (17:08.81) and James McMurray (14:26.46 PB), the latter crossing the line over seven seconds ahead of the rest of the field.

PBs were the reward for racing over 3000m at the North East Grand Prix for Alex Brown and Holly Waugh, recording times of 8:14.32 and 10:02.74 respectively. Dropping down to the mile, there were good runs for Ellie Loosley (5:06.46 PB) and Josh Carr (4:06.92) at the Cambridgeshire AA Evening Open Meeting on Tuesday. Finally, Janos Vranek (4:19.35) and Kirsty Longley (5:07.35 PB) recorded the best performances at The Manchester Mile at Sportcity on Wednesday.