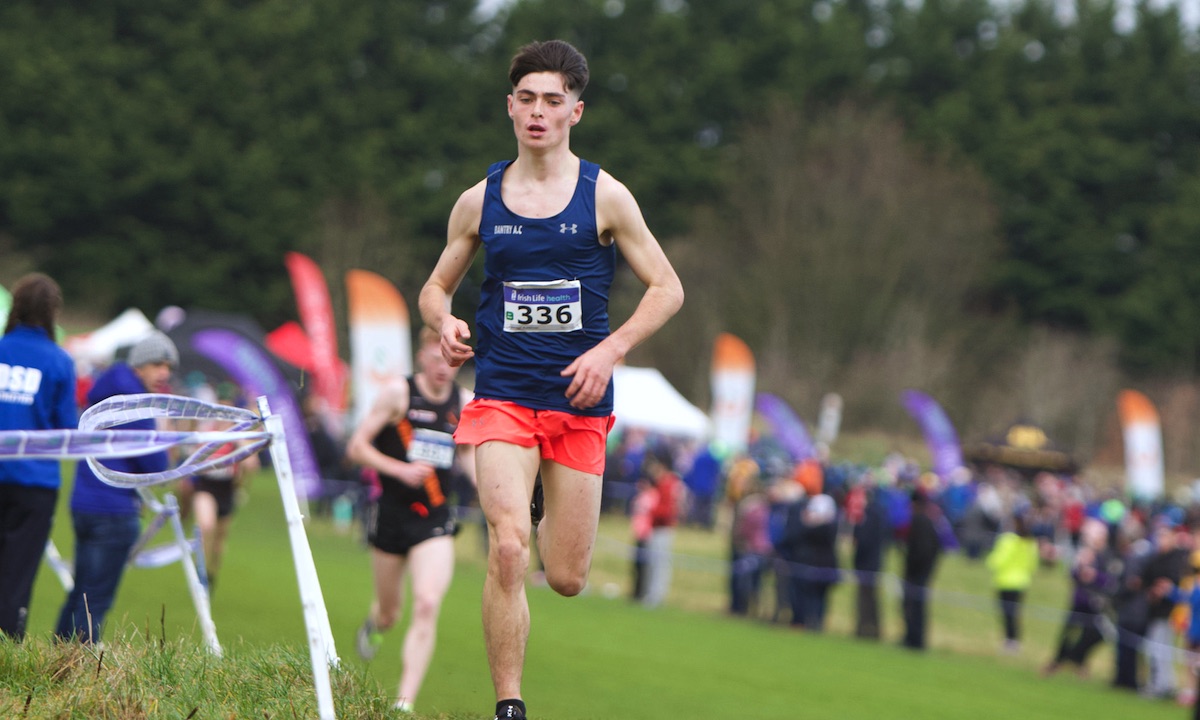 Irish athletes performed far and wide this weekend and Lindie Naughton has the report on all the action.

Track performance of a busy May Saturday (May 28) came at the IFAM meet at Oordegem in Belgium, where Darragh McElhinney of UCD AC ran a new Irish U23 5000m record of 13 mins 17.17 secs, beating John Treacy’s time of 13:26.5 which had endured for forty-four years.

Mark English of Letterkenny AC who whose sights are set on both the world and European Championships this summer, took a good win in the 800m with a time of 1:46.61. Over the shorter distances, Robert McDonnell won the 200m in 20.51 secs, while Sophie Becker of Raheny Shamrock AC was second in the 400m in 51.83 secs and the women’s 4x400m team also took second in 3:37.65.

Over 180 Irish athletes of all standards had travelled to compete in this hugely popular meet which has a unique festive spirit and a packed programme that takes about twelve hours to complete.

Closer to home at the BMC Sport City Grand Prix in Manchester, Zak Curran of Dundrum South Dublin AC finished second in the 800m with a time of 1:49.01.

A busy day in Belfast too

Locally, Ciara Mageean of City of Lisburn AC had a comfortable victory in the women’s 800m at the Belfast International Track and Field Meet at the Mary Peters Track in Belfast on Saturday (May 28)

Fastest time from the three men’s 800m heats came from Mohammed Afsal Pulikkalakath in 1:48.24. Bohermeen’s Kevin McGrath with 1:48.55 was second fastest and Conall Kirk of Harrow AC, third in 1:49.15. A fast pace in the men’s race in Pacé, where Efrem Gidey finished an excellent sixth. . Photo: Tom Craggs

Efrem Gidey of Clonliffe Harriers produced the Irish performance of the day at the low-key European 10,000m Cup held in Pacé, France, when he finished sixth in the men’s race. His time was 28:01.50. Jack O’Leary of Mullingar Harriers finished 32nd in 30:06.80.

France took the men’s team title ahead of Germany and Turkey, whilst in the women’s event it was Germany ahead of Turkey and GB&NI featuring Hannah Irwin.

Brian Fay of Raheny Shamrock AC won the 5000m in 13 mins 28.41 secs at the NCAA Division 1 West Preliminaries in Fayetteville, Arkansas on Friday (May 27).

Roads – Derese the Master in Newry

Yared Derese of Carrick Aces AC continued his comeback after injury with victory in the Newry Half Marathon on Sunday (May 29) – the biggest race of the weekend with 620 finishers.

Derese, now in the M40 age group, finished in 66 minutes exactly. Second in 68:45 was Andrew Annett of Mourne Runners, while third in 73:34 was Brendan Heaney of Armagh AC.

Tenth overall and first woman in 77:06 was Olympic steeplechaser Kerry O’Flaherty of Newcastle and District AC; like Derese, O’Flaherty is now a member of the over 40 club.

A distant second in 87:12 was Michelle Donnelly, with Eimear McCracken third in 88:20.

Winner of a closely fought 10km race run in conjunction with the half marathon was James Sloan of Newry AC, whose time of 32:54 saw him finished just fives seconds clear of Conal McGinley from City of Derry Spartans who finished in 32:59. Pauric McKinney of Inishowen AC, now aged 57, was third in 33:11, which is a new Irish M55 record time. The Law on the run

Overall, it was a low-key week on the roads, with Saturday’s Calcutta Run 5km/10km in Dublin (May 28), an annual charity race organised by the legal profession, attracting the biggest numbers south of the border.

Winners of the Tara Bishop 5km in Ballymurn, Co Wexford on Sunday were Niall Shiel of St Killian’s AC in 17:25 and Amy Frayne in 20:20.

On Friday evening, Mick Fogarty of Ferbane AC was first home at the Ballynaskagh 5km in 15:28, which is part of the Offaly Road Race Series. Lorcan Mullen of Mullingar Harriers was eighth overall and first junior in 16:33 and Danielle Donegan of UCD AC first woman in 17:59.

Keith Kelly of Youghal AC was second in 20:48 and Kieran McKeown of Grange Fermoy AC third and first M45 in 21:16.

First woman was Michelle Kenny of Leevale AC in 23:41, with Carmel Crowley of Bandon AC second and first W50 in 24:09 and Rebecca McEvoy of St Finbarr’s AC third in 24:22. Easing back in at the front

On a busy Friday evening for races, Sergiu Ciobanu of Clonliffe Harriers was the winner at the Ardmore 5-Mile, which is part of the West Waterford Summer Series.

“After the few weeks off post marathon slowly getting back to fitness and enjoying summer races again. Loved running five miles in the beautiful village of Ardmore last night where I took the win,” said Ciobanu after the race.

Ciobanu finished in 24 mins 50, comfortably clear of Pat Hennessy of the host club West Waterford AC, who was second in 25:44. Third and first M40 in 26:35 was Dermot Gorman of Carrick-on-Suir AC.

First woman was Roisin McLaughlin of Grange Fermoy AC in 30:15. Just three seconds behind and first W50 was Angela McCann of Clonmel AC in 30:18, while third in 30:58 was Louise Morgan of Ferrybank AC who was also first W40.