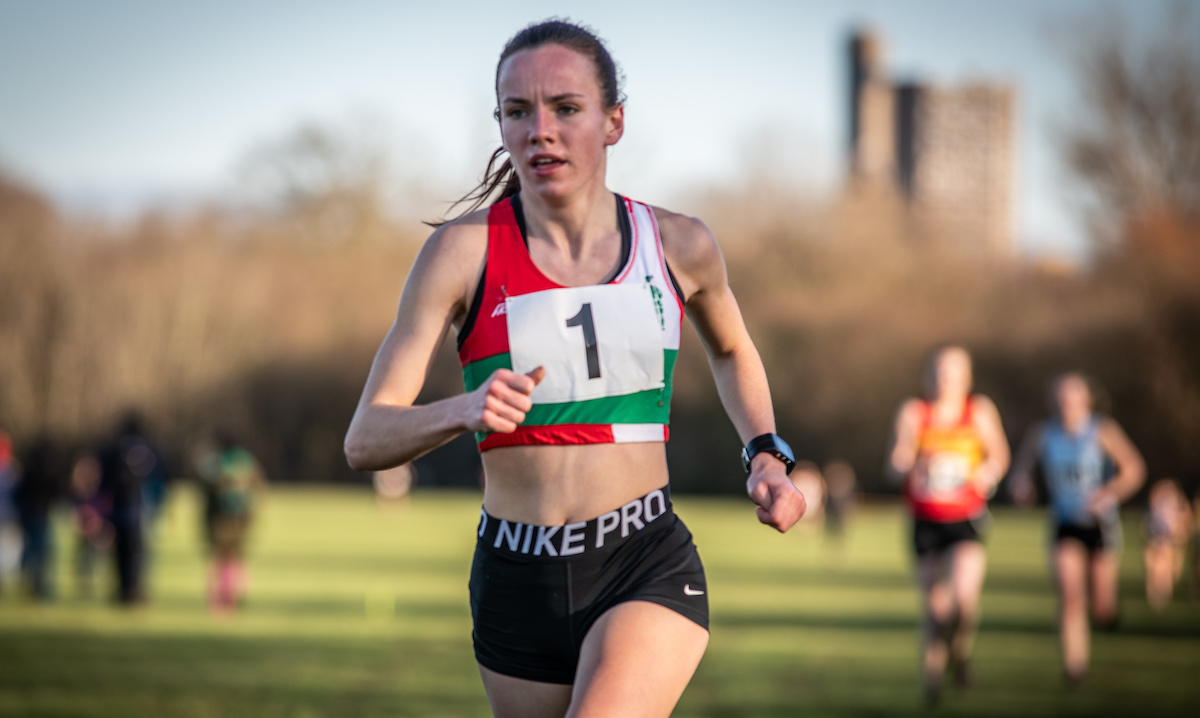 Eilish Mccolgan blows the field away to set a new a course record at the NYRR Midnight Run, Jess Judd wins in Essex on a weekend of County XC champs and the 2020 racing season begins with a bang as 10ks take place all over the country.

As the decade drew to a close runners were out in force to end the 2010’s on a high and to hit the new year with a flying start.

McColgan & Moore bring in the new year in style

Across the pond the New York Road Runners held their 41st annual NYRR Midnight Run (4 miles) and the ladies race was truly one to remember, featuring names that have been very present in the running world over the last year.

Eilish McColgan absolutely blew the competition away. McColgan won in 20:50 bettering the previous record set by one Des Linden in 2010. Behind her was Mary Cain, the US athlete who bravely spoke out about her experience at the Nike Oregon Project and the damaging effect it had on her health and career. So, it was great to see Mary back on the podium, running a 21:43 for silver. Bronze went to USA’s Lindsay Crevoiserat in 23:20.

Kevin Moore of Ireland topped the men’s race in 19:48 with GB’s Benjamin Toomer snapping at his heels in 19:51 and Quentin Succo of France shortly behind in 19:58. Also on New Year’s Eve, The Nos Galan Road Race celebrates the life and achievements of Welsh runner Guto Nyth Brân and has been going since 1958. A 5k race, it takes place around Mountain Ash Town Centre in the Cynon Valley and every year there’s a mystery celebrity runner. It’s a well supported race and one that the locals and the runners love, as evidenced by the fact that this year’s winner, Kris Jones was back for his 4th go at it. 14:15 was the time that gained the Swansea Harrier top spot this year, with a good lead over the 2-3 from Cardiff AAC of James Hunt (14:37) and Ciaran Lewis (14:41).

Issy Morris might train with the National Triathlon Performance Centre, but her road running is impressive in its own right. She ran a blistering 16:43, followed very closely by Anna Bracegirdle in 16:48. Lucy Marland of Cardiff AAC made sure her club didn’t go home without a podium spot in the women’s race either, running 17:02 for third. Nigel Owens MBE followed in the footsteps of Dave Bedford, Colin Jackson and Linford Christie to be this year’s mystery celebrity runner.

At the Lough 5, which started in 2009, runners run round the shores of Loughmacrory Lough in County Tyrone for 1.3 miles and then head out for the rest of the 5mile course. The lough-lap time is recorded as well as the overall finish. Rounding out his year with a winning moment, it was Matthew Neill (Acorns AC) who ran a 5:56 lap of the Lough and overall time of 25:00.5 to take the crown and put himself 4th on the all-time list for the race.

Hannah Oldroyd was back from her normal New Zealand racing-turf and ensured a triumphant arrival to NI with her winning time of 29:58.4 (7:09 lough-lap). In second was Natalie Hall of Armagh AC with a 7:38 and 30:46.3. Finn Valley AC’s Cassie Lagan had the silver spot coming off the lough-loop in 7:35 but lost a little time in the latter stages of the race to finish third in 31:14.1 A busy start to the year on the roads

The aftermath of Hogmanay was not enough to put off those racing the Portabello Promathon in Tumbles, Ediburgh on New Year’s Day. Grant Sheldon of Cambuslang Harriers raced round the 4 mile course in 18:46 for the win, with Corstorphine AAC taking the remaining gongs thanks to Tom Martyn (18:46) and Ewan Brown (19:34).

For Annabel Simpson and Fife AC the year got off to an excellent start, as she won the women’s race in 21:30. Jill Stephen of Hunters Bog Trotters finished second in 22:39 and Chloe Cox of Edinburgh AC was third in 22:57.

It’s always nice to start a decade with a PB, so you’d think that the lure of an unusual distance like 10.55km (6.55m) was the draw for many runners at The Junction Broadstone 1/4 Marathon. Not so for Winner Chris Alborough of Poole AC who has raced the distance twice previously. He upgraded his silver spot from last year to take the win and a PB in 35:45. Jacek Cieluszecki of Bournemouth AC was second in 35:58 and Ben Renshaw of Bridport Runners was third in 36:04.

Women’s winner Emma Caplan (Bournemouth AC) is also no stranger to the distance or indeed the course, though her 41:00 victory couldn’t quite snag her a PB. Next on the podium was Juliet Champion (41:24), followed by Helen O’Neile in 42:10.

2020 started well for Annaka Charters of VP&TH who kicked off the year with a winning turn at the Lamberhurst New Year’s Day trail 10k round Bewl Water. Annaka raced home in 39:48 ahead of Tina Oldershaw (Tonbridge AC, 41:38) and Lorna Watts (Hastings AC, 42:39). Look out for more from Annake a bit further down. In the men’s race it was Jason Baker who made a victorious start to the decade in 34:53. Esmond Brown followed him in 26:06 and Stephen Walker of Beverly Athletic Club was 3rd in 36:54

Wye Valley Runners joined the NYD fun with their New Year’s Day 10k. Charlie Jones (Cheltenham and County Harriers) was first home in 34:10. Hertford Couriers’ Barry Reynolds brought home silver for the V45s in 34:27 and Brychan Price-Davies of Hereford Couriers was third in 34:50. For the ladies, Brecon Athletic club can thank Donna Morris for a gold-tinged start to their year thanks to her 41:58 run. The host club followed up that with a 42:28 from Jodie Newell and Hereford Couriers’ Naomi Prosser was third in 43:03

Serpentine AC also organised their own first-of-Jan NYD 10km jaunt and it was Charlie Sandison who had the honour of breaking the tape in 31:51. Jonathan Bradford was second in 32:01 and Harry Tullet took third in a PB of 32:27.

Emma Pallant was first lady in 34:47 a few days after her success at the Clevedon Boxing Day race, Rose Penfold second in 36:41 and Melissah Gibson third in 36:51.

Actin from the roads this weekend

After all that 01/01 fun, surely it was time for a rest? Don’t be daft! We all know runners love a double park run or multi-race week. So, it’s not surprising but nevertheless delightful to report that Annaka Charters was back out in winning form just a few days later at the Run Through Victoria Park 5k. She finished first overall in a time of 19:04, 4 seconds ahead of the male winner Dimitrios Mavridis who ran 19:08.

In the 10k edition of the race is was VP&TH’s Andre Adhkamp who took the win in 35:50 and Megan Cleary in 39:08. The Half Marathon distance had a swift field of pavement-pounders who were clearly out to show 2020 what’s what. The men’s podium all finished in under 75 minutes. Michael Hughes (also VP&TH) seems to have set a rather chunky HM PB with his 1:14:16 and was followed home by Matt Chipping in 1:14:47 and Alex Sweet in 1:14:51. For the women, it was Clapham Chasers’ membership secretary Cathryn Rees who broke the tape in 1:19:21. Harriet Freeman was a safe distance behind in 1:23:22 and Florence Beard finished in 1:27:33 for third.

On Sunday, the Stoke Stampede weaved its undulating figure of 8 10k route around Stoke St Gregory. First back to the village square (and maybe the pub) was Ian Tyson (V40 Torbay Tri Club) in 33:58. Kieron Summers (also V40) of Weston Athletic Club was just a few sips behind in 34:13, while Kevin Woodward was close enough to grab the pint from his hand, finishing in 34:19. Taunton AC’s Hannah Taunton was a clear winner with a brilliant run of 35:32 leaving her with a very comfortable margin ahead of Joanna Carrit (41:03) and Caroline Norris (41:13)

The 10ks continued around the country. At the Cleethorpes 10k Lucian Allison dove under the 30 minute mark to obliterate his competition with his finishing time of 29:40 in a welcome return to racing for the England man. Finley Thompson could only follow in the distance despite a very healthy pace which ran him a 32:52 for second, equally comfortably ahead of Caleb Stephenson in 34:10. The women’s winners all went sub-40. Leading them back was Gerogina Weston in 36:42, 2 minutes clear of Beth Taylor (38:42) and Carolyn Hary (38:57).

At Battersea Park 10km Ralph Collet was the one showing everyone how to tame the distance, being first back to the legendary RunThough flapjack in 34:01. Cleola Roscoe placed second in 34:32 and Damian Spreckley third in 34:47. Racheal Doran was the only woman to break 40, running 38:46 for her win. Over the 5k, Cyn Cano ran 19:17 and Will Adolphy 16:33 for their top spots.

As this roving, but not running (today) reporter drove past regents park this morning I witnessed hoards of runners taking part in The Mornington Chasers Winter 10k. Hardy souls braving a damp, grey morning, they deserve a mention! John Kourpas took the win in 34:30 ahead of Alex Webb (35:23) and Jon Phillips (35:37). Holly Thompson was a dominant women’s winner in 36:09 ahead of Emma Macalister Hall (37:44) and Kasturi Shah (43:34).

In Spain at the Cursa Dels Nassos 10k (Barcelona) a handful of Brits were action. It proved a successful bit of run-tourism as the majority of the gents came home with nice new PB’s to their names – Elliot Richards of Cardiff AC placed 34th in 31:22 (PB). Matt Sharp (Hercules Wimbledon) ran 32:15 for 56th place, Carl Stainton (Warely Woods Pacers) came home in 34:09(PB). Sue Exon of Trafford was the only female and ran a creditable 51:29 for her V65 category and a season’s best.

As training schedules resume and new year’s resolutions get a push start from the racing calendar on the roads we could go on forever with a whole host of results, but we’ll pause there because Cross Country demands our attention. We don’t want to lose you before you’ve heard about the storming efforts of those who donned their spikes for various county championships this weekend.

Northamptonshire County Champs winners were Joshua Lay for Rugby & Northampton and Helen Heley for Silson. At the Cheshire County Champs Dan Cliffe broke the tape for Liverpool Harriers. Gloucestershire was a winner for Kaitlyn Shepphard, representing Cheltenham over the SW 6.5k course and Gloucesters’ James Denne ran a 5s lead over Ben Price to take gold in the men’s 10k distance. At the delightfully named Wormwood Scrubs venue, the Middlesex County Champs were a taxing 12k for the Senior men, but past English Junior XC winner Nick Goolab (Belgrave Harriers) laughed in the face of the relentless flat, boggy course and ran nearly a minute faster than his closest rival, Alex Lepretre (Highgate Harriers).

The women’s 8k course was won by Gintare Juknyte of AF&D… but only just one second ahead of Anna Hollingsworth (Serpentine). I’ll use this chance to give a sneaky shout out to the Harrow AC team (my home club) and in particular Lucy Ashe who placed 6th – a fantastic start to the year. We’re waiting on full results for the Hampshire , Yorkshire and Nottinghamshire Champs.

On a different type of terrain, the Scottish 3000m championships took place on Friday. In a field where the top 7 set PB’s it was James McMurray of St Albans Striders who grabbed gold in 8:00.38 ahead of Stephen Mackay (Glasgow City 8:13.19) and James Donald (Dundee Hawkhill 8:14.88).