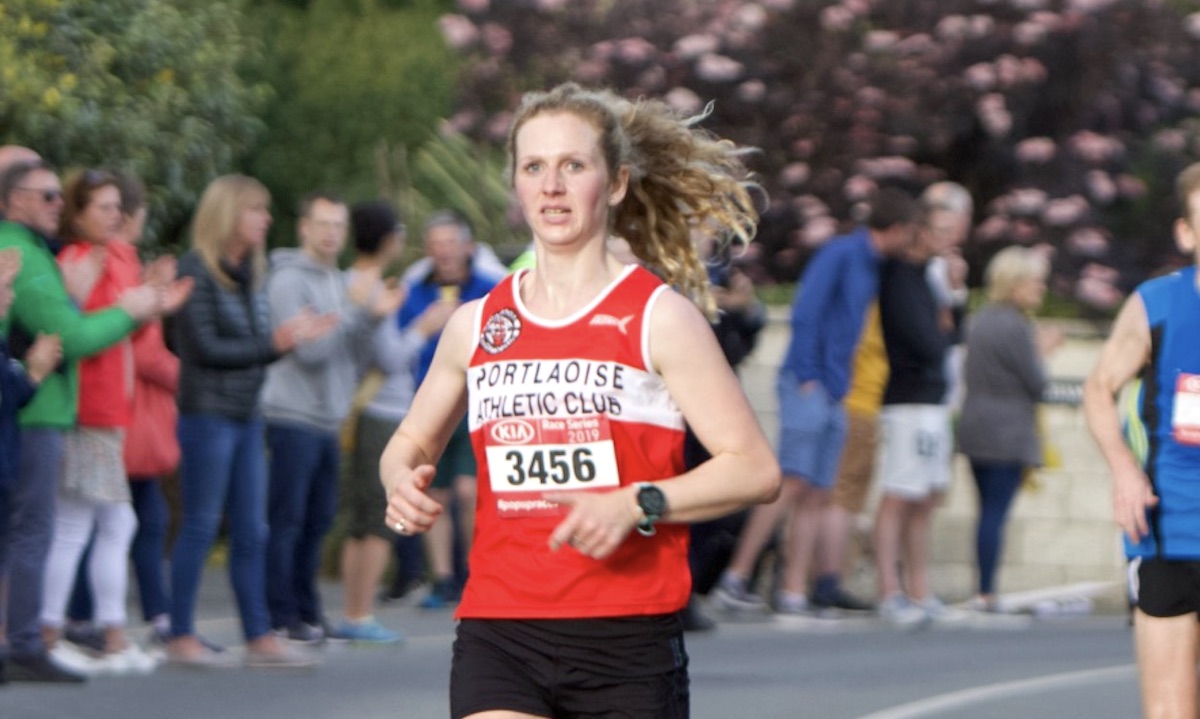 The highlight of the weekend might well be a woman beating all the men to the finish line, but full weekend round-up from Lindie Naughton below.

Mary Mulhare of Portlaoise AC added her name to the select list of women who have won a race outright with victory at the Sean Lowry Memorial 5km in Ballinree, Co Offaly on Sunday (March 1).

Mulhare finished in 17 mins 35 secs, with Michael Murray, the first man, second in 18:04, and Kevin Looby of Clara AC just a second behind for third. Second woman and first W50 was Niki Dunne of Birr AC in 18.49.

Also on Sunday, the winners of the CIT BHAA 5km in Cork were Alan O’Shea and Grainne O’Donnell.

O’Shea, a doctor at the Mercy Hospital finished in 15 mins 11 secs; over a minute clear of Shane Collins of Apple, with Eoghan McElhinney of Glenside third. O’Donnell of Kumon Douglas, who was first woman in 18 mins 50 secs, was chased hard by Jennifer Goggin Walsh of Novartis who finished second in 18:53 with Sharon Rynne of Kepak third. The Dublin Track Club had a cracking weekend at the National Indoor Champs Photo: Andrew Coscoran

Andrew Coscoran of Star of the Sea AC set a new championships best time of 3 mins 41.36 secs when winning the men’s 1500m at the National Indoor Championships held in Abbotstown over the weekend (February 29-March 1).

Coscoran’s training partner, Brian Fay of Raheny Shamrock AC, was second in 3:43.13 – also inside the old record of 3:44.12 set by James Nolan of UCD AC in 2006. Eoin Pierce of Clonliffe Harriers was third in 3:45.35, while junior athlete Cian McPhillips of Longford AC clocked 3:49.63 for fourth place.

Defending champion John Travers of Donore Harriers won a thrilling men’s 3000m, regaining the lead from Darragh McElhinney of UCD on the final lap and pulling away for victory in 8 mins 00.96 secs. Hiko Tonosa of Dundrum South Dublin AC was second in 8:03.55 and McElhinney third in 8:06.13.

Mark English of UCD was a comfortable winner of the men’s 800m biding his time before sprinting past front runner Zak Curran of DSD AC in the final lap to win in 1:49.09 . Curran was second in 1:50.19. Conor Duncan of Ratoath AC was third in 1:50.73.