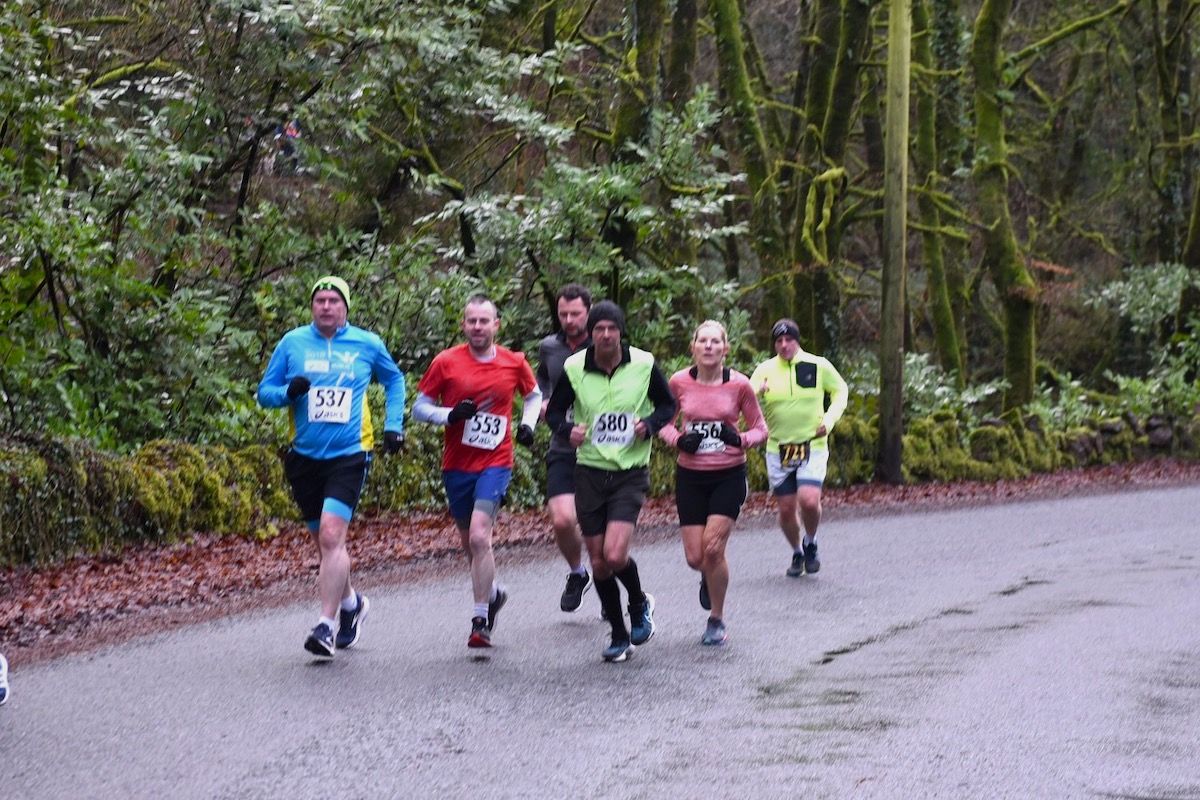 Lindie Naughton is on hand to report all the action, at home and abroad, for Irish endurance athletes with Peter Lynch putting in the run of the weekend in Texas.

Just a week after their own championships, Dublin clubs dominated the Leinster Masters Cross-Country Championships on a hilly course at Avondale House in Rathdrum, Co Wicklow on Sunday (January 15).

Dublin champion Kate Purcell of Raheny Shamrock AC led home ninety finishers in the W35 race and helped her club and her county to team victories. Second in the race was Edel Gaffney of Trim AC, with Fiona Kehoe of Kilmore AC third and first W40. For the W45 title, Zoe Quinn of Rahney Shamrock had a narrow victory over ultra runner Sorcha Loughnane of Donore Harriers, with the pair finishing fifth and sixth overall.

Winning the M35 title was Peter Arthur of Liffey Valley who was leading Dublin to another county victory. Winning the club team title was Raheny Shamrock AC, with the team led by Ian Conroy who was first M40. Clane, led by Brian Conroy in second place, was the runner-up team, beating Drogheda and District AC by a single point.

Age is no barrier

Best of the M50 teams was Metro St Brigid’s AC who had finished third in Dublin, with Dublin also comfortably taking the county title helped by Des Tremble of Donore Harriers. Tremble was first M50 in a tightly contested race with just five seconds sparating the top three; Kenny McAndrew of Metro St Brigid’s was second and Brendan Lyng of United Striders third. A total of 135 completed the race.

Winning the separate M65 race was Tommy Payrne of Tinyland AC, with Billy Tyrrell of Sli Cualann AC second and Eugene Doherty of SBR AC third. Carlow was first county team with all three team members coming from Tinryland AC, although there doesn’t seem to have been a club team award.

Many of these teams will reassemble for the All Ireland Master and Intermediate Championships in Gowran, Co Kilkenny on February 12.

Conor McAuley of Leevale AC was a clear winner of the Tom Walsh 10km held in Caherconlish, Co Limerick on Sunday (January 15).

In Co Laois, David McEvoy of St Abban’s AC in 36 mins 6 secs and Sharon Cleere in 39:03 were the winners of The Great Heath Run 10km, held near Portlaoise.

Fastest time recorded at the World Half Marathon Festival in Donadea Forest Park, Co Kildare a day earlier on Saturday (January 14) was the 74 mins 41 secs clocked by Kieran Little of Crusaders AC in the first of three races held on the day. Fastest women’s time was 91 min 23 secs clocked by Aisling O’Connor of Edenderry AC in the day’s second race.

Off road and ready

Fabio Baltieri, an Italian based in Ireland, was the winner of the Art O’Neill 60km Challenge; an event which replicates the escape of Art O’Neill from Dublin Castle in January 1592, finishing in the southern tip of the Wicklow Mountains at Glenmalure.

On a bitterly cold and blustery night, Baltieri finished in 6 hrs 52 mins 35 secs and was the only finisher to break seven hours. An experienced ultra runner, it was Baltieri’s best ever result. Second in 7:07.57 was Keith Lane while third in 7:16.26 was Liam Vines. A clear winner of the women’s race in 8:26.49 was Ellen Vitting from Trim AC, who now lives in her native Kerry.

Last year, Vitting won the Seven Sisters Skyline 55km in Donegal and the Kerry Way Ultra 200km. She was also one of only three competitors making it the the end of RTE television’s Ultimate Hell Week. Finishing second behind her in the Art O’Neill were Joanne Rice second in 9:13.06 and Aideen Burke third in 9:41.09.

In the shorter 25km Art O’Neill Pursuit, from Dublin Castle to Kippure estate, Kieran Campbell and Andrew Moore finished pretty much together in times of 2 hours 7 minutes 39 seconds and 2:07.40. Third in Eoin Woolley in 2:10.18. First woman in 2:17.32 was Patricia McLoughlin. Niamh Brophy was second woman in 2:33.12 and Stephanie Bergin third in 2:35.58. The race is organised by Dublin Wicklow Mountain Rescue as a fund-raiser.

Just one second off were Michael Mullarkey, running as an individual, and Padraig Healy of host club West Waterford AC. Fourth and first woman with a time just two seconds off her prediction, was Grainne Dwyer. Josie Uí Chuirrin and Angelina Chizhikova, both of West Waterford AC, were second and third women.

Safe indoors from the weather

Abbotstown was the venue on Saturday for the All Ireland U20 and U23 Indoors Championships with some impressives performces in the middle distances.

In Spain, Efrem Gidey of Clonliffe Harriers ran a superb time of 27 minds 57 secs to finish 13th in the Valencia 10km on Sunday (January 15), where he took some notable scalps. Race winner was Weldon Langat of Kenya in 26:55.

Run of the weekend Stateside came from Peter Lynch of Kilkenny Harriers of Waterford AC who clocked a time of 63 mins 19 secs when finishing 19th in the Houston Half Marathon in Texas. Lynch finished 15th in the senior race at the European Cross-Country last month.

Finishing second in the mile at the Arkanasas Invitational on Friday (January 13) with a personal best time of 3: 58.76 was Michael Power of West Waterford AC.

At the University of Massachusetts Indoors Invitational Running, Abdel Laadjel of Donore Harriers finished third in the mile in 4:10.28.

A day later (Saturday January 14), Sophie O’Sullivan of Ballymore Cobh AC finished fifth overall in the 800m at the UW Preview on with a career best time of 2:05.87. Earlier, O’Sullivan had run a personal best 4:36.67 for the mile, finishing sixth. She also ran in the 4 x 400m relay, helping her Washington University team to fourth place.

In the 3000m at the same meet, Anika Thompson, clocked 9:55.91 for 3000m. Thompson, aged 19, a native of Junction City, Oregon, made her Ireland debut at the European Cross-Country Championhips last month after winning the All Ireland U20 title in Donegal a few weeks earlier. She has signed up with Leevale AC.