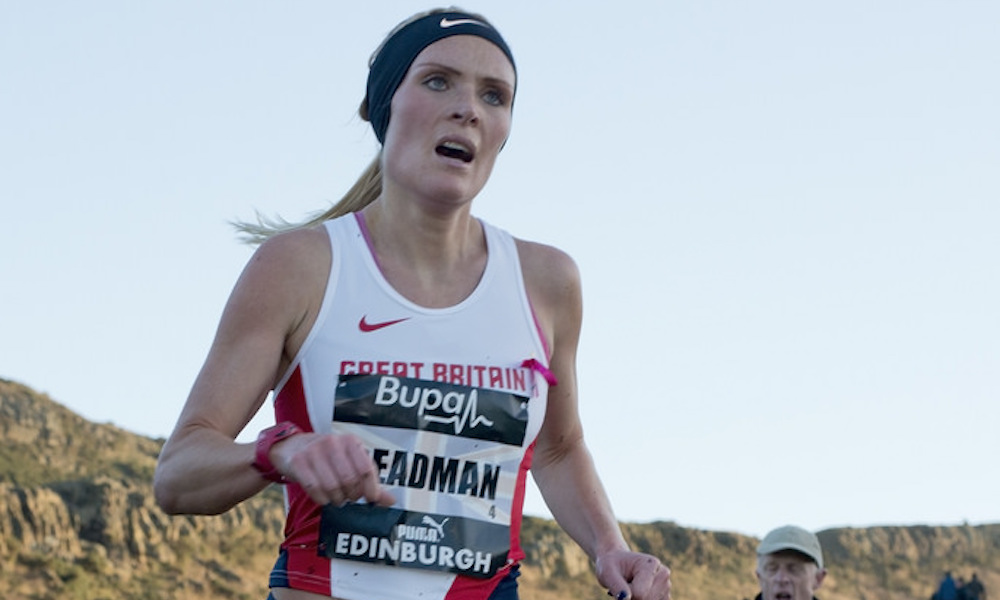 The GB international and Ben Davis win in Horseheath, while runners impress at the Loftus Poultry Run, Lancaster 5k and 10k series, the Cardiff Met Christmas Classic and lots more.

The latest round of the Essex League on Saturday (December 15) saw the welcome return to top competition of international ace Lauren Deadman.

The Havering AC star was a convincing winner of the senior women’s race, taking victory from club mate and U20 speedster, Jess Mitchell. Deadman covered the 6k course in 23:42 to Mitchell’s 24:11.

Deadman’s triumph was her first major race outing over the country since last January, when she ran for England in Spain in the Cross Internacional Juan Muguerza and GB in the Great Edinburgh Cross Country International.

It was a starry affair in the senior men’s race on a bitterly cold day that included freezing rain to truly test runners’ competitive mettle.

Such was the quality of the men’s field that this year’s European U18 3000m champion Thomas Keen was third behind fierce competition from Havering’s star U20 Ben Davis and senior cross country specialist, Grant Twist. A quick glance further down the finishing order reveals a rich depth of talent from across the region.

Crossing the line just outside the top 10 was V40 Crispian Bloomfield from Billericay Striders, who owns perhaps the longest ‘About’ section on a Power of 10 profile of all time, while the organiser of the Fast Friday 5000m and 10,000m festival in Walthamstow, Barnaby Foot, crossed the line in a standup position of 38th.

Second in the men’s race was Dominic Shaw of host club New Marske Harriers in 41:55.

In the women’s race, Cambridge and Coleridge’s Holly Archer won in a time if 48:42 ahead of New Marske Harriers’ Sharon Bulman in 51:45.

The Lancaster 5k and 10k series always proves a popular day’s racing, perhaps in part due to the fact that it takes place on a Saturday, leaving Sunday free for long runs or perhaps even relaxing!

This month’s races (December 15) saw wins for Simon Robinson and Charlotte Corrigan in the 5k and John Lloyd and Marissa Comall in the 10k.

Robinson’s 17:35 was good enough for victory in the 5k for Preston Harriers ahead of Pembroke & Sefton’s Sam Carr and Preston’s Lee Foley, who recorded times of 17:50 and 18:12 respectively.

Salford Harriers’ John Lloyd’s 35:30 secured the 10k title, with Darwen Dashers’ Martin Oldfield (37:40) and Settle Harriers’ James Annan (39:16) in second and third. Garstang’s Comall’s 45:02 was a clear victory ahead of Settle Harriers’ Julia Hargreaves and Anna Fubini, who ran times of 49:36 and 52:20 respectively.

Top veteran Jo O’Regan took first prize at the Waterside 10k at Grafham Water on Sunday (December 16) on an out and back course that includes a long sharp hill and a challenging trip around the reservoir’s dam wall to finish with. O’Regan’s time of 37:14 was well clear of second placed Shelley Duffy from BRJ, who ran 41:45, while Olivia Baker took third in 43:30. O’Regan ran the race of her life earlier this year when taking the win at the Chester Marathon in a huge 2:45:31 PB.

While the men’s victor remained the same at this year’s event, BRJ’s David Hudson’s winning time of 32:53 was some way down on his 31:16 time in victory from 2017’s event.

However, 32:53 is only 10 seconds off his official PB from his Power of 10 profile, so perhaps reflects more accurately his form, dominant as he is in the Cambridgeshire region.

Hudson enjoyed a clear victory from a resurgent John Uff from the same club, who ran a strong 34:38 for second place, while St Neots Riverside Runners’ Rodrigo Santos was also a clear third in 35:39.

Great Yarmouth was awash with festive runners at this morning’s East Coast Santa Dash 5k (December 16) in more agreeable weather conditions than the previous day’s wind and rain that lashed the country thanks to Storm Deidre.

Wymondham’s Cat Cummings was fourth overall when she took the women’s title in 19:11, more than three minutes faster than her nearest competitor. Waveney Valley’s Daniella Liffen was second in 22:36, with Beccles & Bungay’s Lindsay Black never far behind in third in 22:44.

Taking the overall spoils in the men’s race was Ipswich Jaffa’s Robert Chenery, who was nearly a minute clear when he crossed the line in 16:25. Wymondham’s Kirk Bagge’s 17:15 was good enough for second, while City of Norwich’s Dominic Oliver took third in 17:47.

At the Cardiff Met Christmas Classic indoor meet on Sunday, there were six graded 3000m races with Piers Copeland of Cardiff Met running a personal best 7:58.60 to win the top race.

Overall, the track and field event was a great success with record entry numbers.

Motivated by the prospect of competing within Queen Elizabeth’s Olympic park in London ensured the winning men and women’s times were sharp at the RunThrough Christmas 10k on Sunday (December 16).

Sale Harriers’ Joseph Vis was a runaway winner in 32:38, while V55 Tony Tuoyh ran superbly to record a 35:13 time which will also provide him with a very healthy age graded percentage score! Fellow veteran Charles Micallef also ran well to finish third in 35:26.

Ravens City of London’s Alice Whiley ran a small PB to win the women’s race in 38:58, just holding off Emma Drury by four seconds. In a closely fought battle for the top podium positions, Lewes AC’s Megan Taylor took third in a fine 39:23.

The UK’s parkruns continue to produce impressively quick times for an event that is famously classed as a time trial and not a race. This week’s quickest athletes were Victoria Park & Tower Hamlets’ Paul Martelletti and Pocklington Runners’ regular young speedster, Emma Waudby.

The full top 10 can be found here.