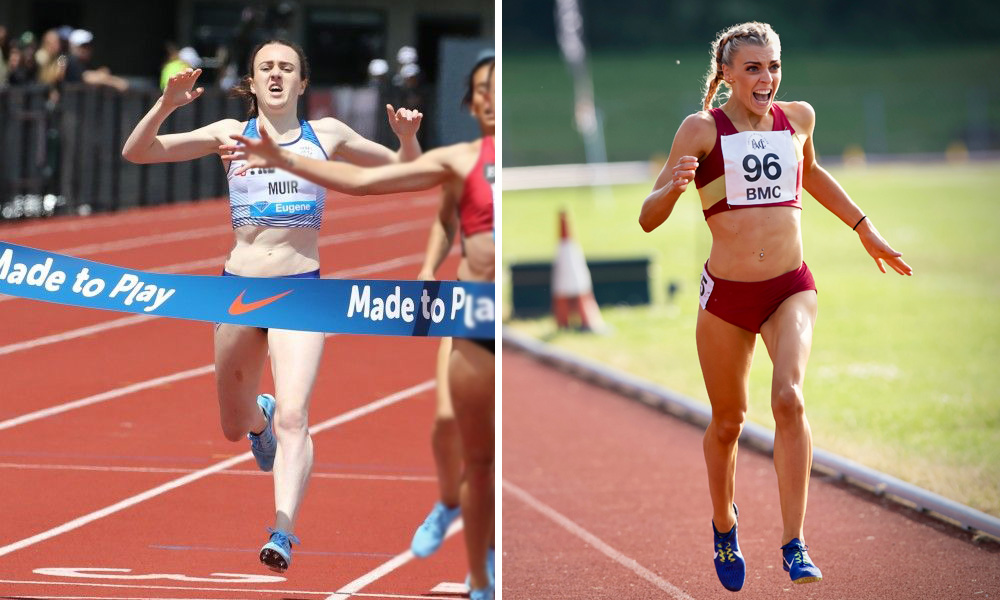 In her first race since completing her qualifications to become a vet, double world indoor medallist Laura Muir enjoyed a fantastic start to her summer with 3:59.60 for second in a high-quality 1500m at the Prefontaine Classic in Eugene on Saturday (May 26). A meeting popular with Brits saw Jonathan Hopkins go to fifth on the Welsh all-time list in the steeplechase with 8:30.52 for third, taking more than three seconds off his best with a European Championships qualifier.

Delighted to run a European Championships QT and move to 5th on the welsh all-time lists in Oordegem last night 🏃🏻‍♂️🇧🇪 ✅ pic.twitter.com/uraC9gbler

Alex Bell was the star in Watford as she ran the fastest time ever by a British athlete at a BMC meeting with a 1:59.93 clocking to win the women’s 800m race. It was the Commonwealth Games fifth place finisher’s first time under two minutes and was easily inside the European Championships qualifying time. Mari Smith was second in 2:03.41 and Ellie Baker set a PB of 2:03.87 for third. In fourth, Keely Hodgkinson – already top of the European under-18 rankings – took more than a second from her PB with 2:04.26 to go to fifth on the UK all-time under-17 list.

Britain’s gold and silver medallists from last year’s NCAA Championships 10,000m were in action here. Alice Wright was second in 32:19.03 ahead of Charlotte Taylor’s 32:20.25 for third.

Thomas Staines won the 800m with a PB of 1:46.56. Just 0.06 outside the European Championships standard it is nearly four seconds quicker than his pre-season best.

Neil Gourley went sub-four for the mile for the first time outdoors with 3:48.43 for second.