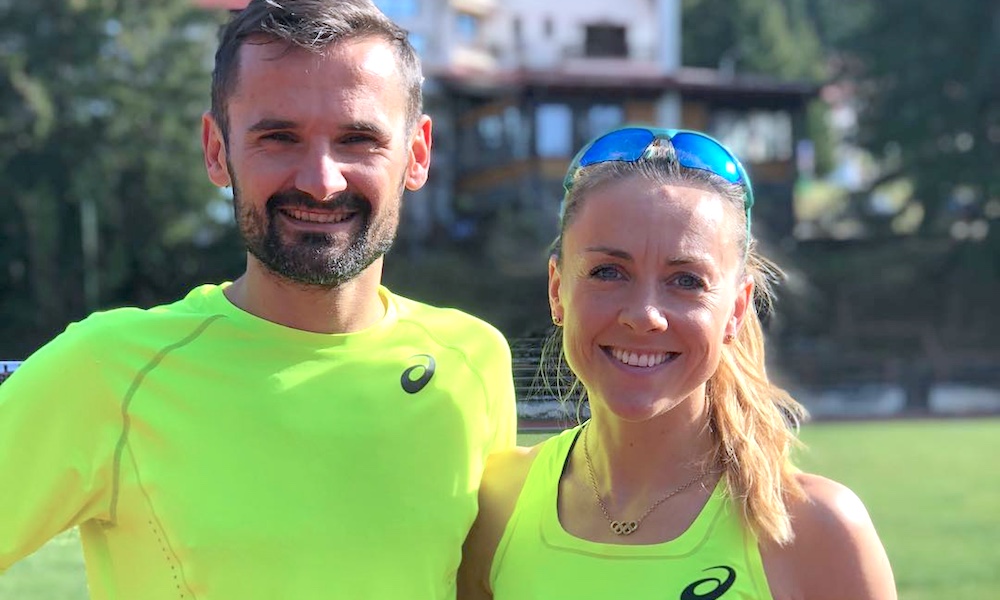 Duo head overseas for road 5k, while athletes impress at the Leinster Cross Country Championships and on the Tollymore trails.

Sergiu Ciobanu of Clonliffe Harriers and Kerry O’Flaherty were in Brasov, Romania over the weekend competing in the Crosul 15 Noiembrie 5km on Sunday (November 11).

O’Flaherty finished eighth in the women’s race in a time of 16:32. Race winner in 15:12 was Romanian steeplechaser Ancuţa Bobocal.

Raheny’s Kieran Kelly was nearby in Bucharest where he finished third in a men’s mile race in 4:11.

Jessica Craig and Rachel Gibson of North Down AC competed in the Scottish Short Course Cross Country Championships over 4000m on Saturday (November 10). Craig finished 11th in 14:05 and Gibson finished in 14th place in a time of 14:12.

Liam Brady of Tullamore Harriers was a comfortable winner of the men’s 10,000m race at the Leinster Cross Country Championships in Adamstown, Co Wexford, on Sunday (November 11).

Brady broke away early and built up a lead of almost a minute on the very soft course before crossing the line in 32:57. Sean Hehir of Rathfarnham WSAF was second in 33:36 and Liffey Valley’s Peter Arthur third in 34:26.

Winning the women’s race in 19:10 was Lauren Dermody of Castlecomer AC. Tullamore’s Nadine Donegan was second in 19:30 and Sally Forrestal of St Josephs’s AC third in 19:40.

In a closely fought team race, Sportsworld AC, led by Helen Brouder in fifth place, won the title with 40 points. Three points behind were Liffey Valley while third were St Senan’s AC on 47 points. Kilkenny won the county team medals.

In the juvenile races Annie McEvoy and Shay McEvoy, both Kilkenny City Harriers, won the under 19 races. At under 17 level, Neasa Reilly of Dunleer AC and Tadgh Donnelly of Drogheda and District AC were the winners.

For the past 20 years I have run in the Phoenix https://t.co/R71STu80fd was very memorable. 4,000 people ran at 7th Annual Remembrance Run.
Everyone was there to remember loved ones that have passed away. There was a sense of togetherness for this lovely occasion. @FrankGreally1 pic.twitter.com/a56G6PDW9G

McKiernan finished ahead of UCD pair Ellie Hartnett and Richael Browne. This year’s race coincided exactly with the 100th anniversary of the ending of the First World War at 11am on 11 November 1918.

Gary Thornton of Galway City Harriers was a comfortable winner of the Moycullen 5km in Co Galway on Sunday (November 11).

Thornton finished in 15:59, while his GCH clubmate Conor Dolan was almost a minute behind in 16:58 for second. First woman was Monika De Almeida in 22:16, with Lucy Chapman just four seconds behind for second.

Making it a Newbridge AC double at the Clane 10km on Saturday (November 10) were Brian Byrne first man in 33:43 and Michelle Cox fifth overall in 37:29.

John Craig of Victoria Park & Connswater AC and Sarah Graham of Mourne Runners were the winners at the Ballynahinch 5km on Saturday (November 10). On a tough course, Craig led home 250 finishers in 17:12, with Graham sixth overall and first woman in 20:25.

In West Cork’s beautiful Beara Peninsula, Shane Harrington of East Cork AC was the winner of the Eyeries 5 Mile on Saturday (November 10).

Harrington was on his own for much of the race finishing in 29:19. Second in 30:21 was Eddie Casey of Clonakilty Road Runners with Leevale’s Paul O’Callaghan third in 30:29.

First woman and sixth overall in 33:51 was Rachel O’Shea of West Muskerry. Local athlete Deirdre O’Sullivan of Beara AC was second in 36:03 and Alice Coppinger of Bantry AC third in 36:45.

Mark Sheridan of Dundrum South Dublin was a comfortable winner of the shorter race at the annual Run the Line 13km and 26km in the foothills of the Dublin Mountains on Saturday (November 10).

The event, starting and finishing in Glencullen Adventure Park, is held in aid of Dublin and Wicklow Mountain Rescue, with all funds going towards finding a permanent for the busy rescue team.

Sheridan came home in 58:47 and, in the wet and slippery conditions, was the only athlete to break the hour. Second was James Benson in 60:29, while third was Caoimhin Mac Maolain of Sli Cualann in 61:31.First woman and eighth overall in 64:51 was Eva McNelis of Dunboyne AC. Jill Horan was second in 66.27 and Noreen Brouder third in 68:38.

Olympic marathon runner Breege Connolly was overall winner of the half marathon race at the Tollymore Trail Ultra, Marathon and Half Marathon on Saturday (November 10).

Her win sees Connolly joining the select group of Irish women who have taken on the men – as well as the women – and beaten them. Among those also on that list are Maria McCambridge, Lizzie Lee, Anne Marie McGlynn and Siobhan O’Doherty.

Connolly won the race with over four minutes to spare in 81:13. Second and first man was Thomas O’Gorman in 85:29.

At the opening round of the Sperrin Harriers Winter Trail Series, held over a 10km course in Darvagh Forest, the winners were Eoin Hughes of Acorns AC and Gillian Wasson of Ballymena Runners.

Mark Kirwan and Úna Britton ran the quickest parkrun times across Ireland on Saturday. Kirwan ran 16:06 at Darndale parkrun, while Britton clocked 17:14 at the Marlay parkrun.

The 10 fastest Irish parkrun times can be found here.