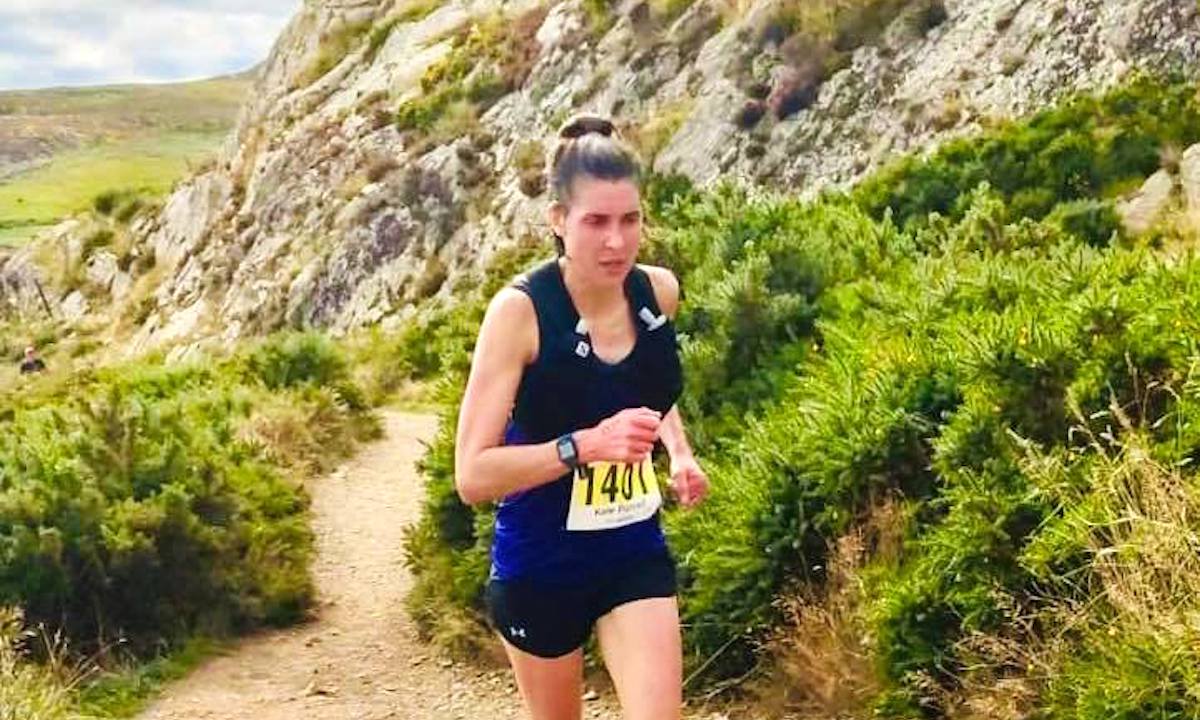 Another weekend of Irish road, trail, cross-country and track (one race) action from Lindie Naughton.

Road race of the weekend was the Charleville International Half Marathon in Co Cork, which despite restrictions still catered for a healthy entry of 327 runners on Sunday (September 26).

Times weren’t especially fast with only three finishers breaking seventy minutes. Leading them home was 2019 Irish half marathon champion Yared Derese of Carrick Aces AC, who is clearly returning to form after an injury break, and clocked a time of 65 mins 32 secs.

Jake O’Regan of St John’s AC in Co Clare was second in 66:31 and many times Irish marathon champion Sergiu Ciobanu of Clonliffe Harriers third in 67:57.

A clear winner of the women’s race was reigning Irish marathon champion and Tokyo Olympian Aoife Cooke of Eagle AC.

She finished in an unpressurised time of 80:43. Jennifer Montague finished second in 82: 14, while third in 83:30 was American athlete Alicia Hudelson. Fourth and first W50 was prolific racer Angela McCann of Clonmel AC in 84:31

Also on Sunday Kiernan Little of Crusaders AC won the Naas Town 5km held on Sunday (September 26) in a time of 16 mins 14 secs. Sue McDonald of Newbridge AC was first woman in 20:47. Winners of the 10km were Stephen Conroy of Celbridge AC in 33:37 and Mary Mulhare of Portlaoise AC in 36:09.

Mick Fogarty was a comfortable winner of the Mullingar Half Marathon, one of a number of road races held on Saturday (September 25). His time of 70 mins 38 secs put him well clear of Timmy Murphy who finished in 72:17. First woman was Aine O’Reillly in 85 mins 1 sec. Cora Regan was second in 87:03.

Fastest finishers at the Monaghan Marathon were Aonghus Rooney of Dunleer AC in 3 hrs 54 secs and Anna Maria McCleary of MTR in 4:24.46.

Shane Brady of Clones AC won the Associated 10km in 36:09 with Irene Clements fifth overall and first woman in 43:18. A day later, Brady won the Monaghan Half Marathon in 80 mins 32 secs. Barbara Murray of Donore Harriers was first woman in 94:58.

Nick O’Donoghue of East Cork AC proved the class of the field at the Allihies 5-Mile in Co Cork winning in an untroubled time of 27 mins 55 secs. Second and first M40 in 31:04 was Michael Dullea of Skibbereen AC, while third and first M50 was William O’Donoghue of Mooreabbey Milers AC in 32:02.

Seventh overall and first woman was Rosaleen McKeown in 33:32. Deirdre of Sullivan of Beara AC was one place behind and second woman in 34:44 and Clare O’Shea third in 35:47.

In Co Mayo, Colin Wyss of Stade Genève/Tribuperformance was the winner of the Charlestown 10km in 33 mins 18 secs, with junior athlete Elise Philips of Swinford AC first woman in 44:36.

Also over 10km, Martin O’Reilly and Orla Sheridan were the winners of the Breffni 3-Province Challenge, starting and finishing in Arva, Co Cavan. Their times were 39:33 and 46.56.

At the Northern Ireland Road Relay Championships in Victoria Park on Saturday (September 5), Annadale Striders men both men and women’s titles with all races consisting of four legs.

In the men’s race, the winning Striders team finished in 38 mins 20 secs having led from the first of the four legs. North Belfast Harriers were second in 39:08 and St Malachy’s AC third in 39:23. A total of 27 teams finished the race.

In the women’s race, Annadale caught earlier leaders Letterkenny AC on the second leg with the two teams then fighting it out to the finish, with Annadale winning in 47 minutes exactly. Just six seconds behind was Letterkenny in 47:06, with Beechmount Harriers third in 48.50; eight teams had lined out. Leading home a much larger entry of twenty teams in the women’s masters race was North Down AC in 52:55. City of Lisburn AC was second in 53:18 and Ballymena Runners third in 53.58.

In the men’s masters race, with thirty-three teams entered, North Belfast Harriers came out on top in 41:04. City of Derry Spartans was second in 41:28 while for third place, Strive Racing edged out the North Belfast Harrier’s second team; both were given a time of 41:55.

*The National Road Relays will take place next Sunday, October 3 on the traditional All Saints circuit in Raheny, Dublin. Details www.athleticsireland.ie.*

Darragh McElhinney of UCD AC made a winning return to racing with victory in the men’s race at the Irish Universities Cross-Country Championships hosted by DCU at Glasnevin in Dublin on Saturday (September 25). The competition was postponed from last spring.

NUI Galway took the team prize, with Pierre Murchan and Thomas McStay leading the way in second and third places and all six finishers inside the top twelve. University of Limerick, led by Thomas Devaney in fourth place, were second team, with host college DCU third.

It was an historic moment – since 2003, DCU had only been beaten once before; that was in 2013 when UCD took the title.

There was some consolation for DCU when Christine Russsell won the women’s race, but again there was no joy in the team competition, won by Trinity College for a second year, led by Eavan McLoughlin in third place.

UL were second and DCU. Overall UL came out on top ahwad of Trinity and DCU.

Togher AC athletes dominated the men’s 6km, with Liam Harris the winner in 19:55 followed by his team mate Sean O’Connell second in 20:49 and Togher were clear winners of the team title ahead of Leevale AC And East Cork.
In the junior /U19 races, the winners were Jane Buckley of Leevale AC and Eoin Quirke of Carraig na bhFear AC.

A last glimmer of track?

At the Leixlip 5km, or rather 5000m, held on the Le Cheile Track, the fastest time of the day came in the sixth and final race which was won by Eoin Molloy of Castlegar AC in 15 mins 34 secs.

Ian McManus of Celbridge AC was second in 16:17 and Niall Sheil of St Killian’s AC third in 16:35. Fastest woman was Emily Grennan of Tullamore Harriers in 18:13. In the fifth race, master athlete Anne Gilshinan of Slaney Olympic ran a time of 18:15.

A large contingent of Irish athlete lined out for their US colleges at the Coast-to-Coast Battle of Beantown, hosted by Boston College at Franklin Park in Boston, Massachusetts on Saturday (September 25).

At the Ted Owen Cross-Country, held at the Hamilton College course in New Britain, Connecticut, also on Saturday, Grace Dervan of Tallaght AC was eighth in 19 mins 1 sec.

Two years ago, when Ecotrail Wicklow was last held, Cronin had finished second overall in this race. “I definitely went out harder than I intended this year with the leading group. That started to spread out after nine of ten kilometres and then I took over the lead.” Cronin’s time of 1 hr 34 mins 42 secs saw her finish almost a minute clear of Kieran James, who was first man in 1:35.36.

International orienteer Ruairi Long won the 28km which included a climb of the Sugarloaf Mountain in 2:29.31. “When we got to Bray Head and was enjoying the view and then cruised back to the finish,” he said. First woman was Roisin Montague in 3:0943. Ruairi Long celebrating at the finish line with his well-earned bounty.

First home in the 45km was mountain running international and marathon man Barry Minnock who’s suffered his fair share of injuries over the past few years and was delighted to win in 4:18.12. “I’m getting older and slower now so any win is welcome!”, Minnock was also first M40.

In the 80km, Gavin Byrne’s time of 7 hrs 53 mins 41 secs was a new course record for route that ventured as far as the Vartry reservoir in Roundwood and took in two circuits of the Sugarloaf mountain.

Ecotrail 80km for the ultra-runners

Dublin-based Byrne has represented Ireland at the IAU World trail champs and won Irish ultras such as the 200km Kerry Way Ultra and the Glendalough Clover. In May 2019, he set a new record of 15 hrs 4 mins 30 secs for the Wicklow Round, knocking over an hour off a month-old record.

He had finished fourth in the 29km at the Ecotrail Wickow in 2019. He was pleased with his run and the record. “I wasn’t expecting that.”

American ultra runner Rebecca Hormann, in Ireland completing a masters degree, was first of the six women who completed the course. She finished 13th overall in 9:08.32 and was closely followed by Julie McNamee, 14th overall and first W40 in 9:10.28. Third and 17th overall was Nicola Soraghan in 9:11.57. Of the 128 starters, 103 completed the course.

A total of 899 started over the four distances, all of which started and finished on the Bray seafront in Co Wicklow, with the 80km runners off at 7am. The courses — depending on distance — took in the Kilruddery and Powerscourt estates, looped around Little and Great Sugarloaf mountains, with the 80km route venturing as far as Roundwood village via the Wicklow Way.

Tough time for Hanna in the hills

Zak Hanna was in the Ascain (or Basque Country) of France for La Skyrhune, the final qualifying race in the Golden Trail World Series, on Saturday (September 25) .

With a temperature of 28°C in the shade, conditions were challenging for the 21km race with 1700m of climb. Hanna started well, lying 14th at the fourth check point but falling back to 21st at checkpoint 9 and 27th at checkpoint 12, which he reached in 60 mins 21 secs. He dropped out soon after.