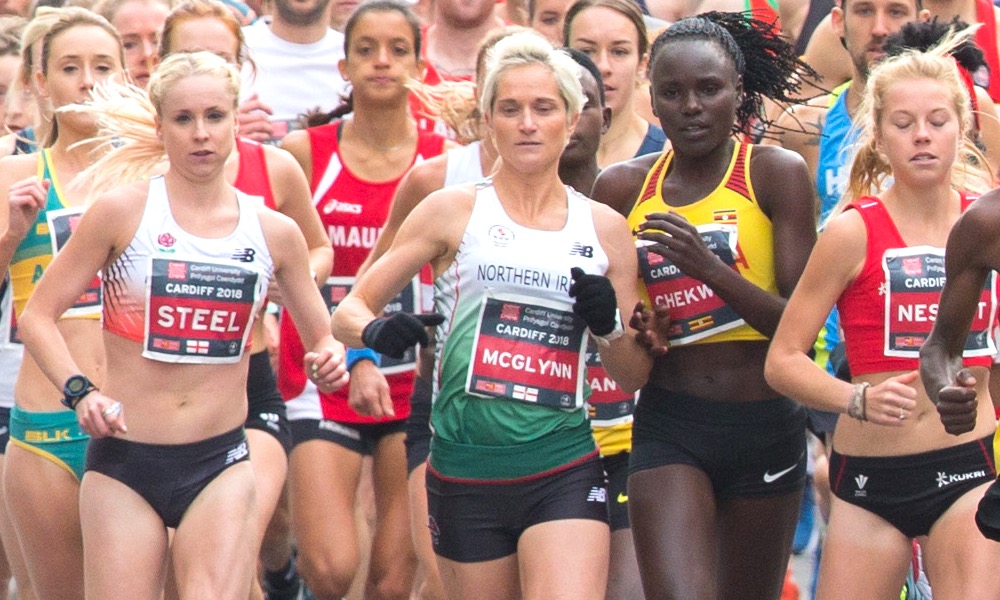 On a flat course and in perfect running conditions, O’Hanlon finished in 2 hrs 19 mins 6 secs, while McGlynn came home in 2:35.31. Neither time was a personal best.

Identical twins Roisin and Eilish Flanagan of Omagh Harriers both beat the Northern Ireland 5000m record at the Sound Running meet in California on Friday (December 4).

Representing Adams State University, the sisters finished in times of 15 mins 38.27 secs and 15 mins 40.14 secs respectively. They had run a cautious race before speeding up for the final mile when they clocked times of 4:51 and 4:53, finishing in 9th and 11th places in the race. Winner was Shelby Houlihan of the Nike Bowerman Track Club in 15:02.55.

As well as breaking Emma Mitchell’s Northern Ireland 5000m record, their times puts the Flanagans first and second on the All Ireland 5000m rankings for 2020. Tommy on top of the world

After Hughes set a stunning world masters half-marathon record of 71:09 at Larne last September, he went on to slash almost six and a half minutes off the M60 marathon record when he ran 2:30.02 in a specially organised event at Down Royal Racecourse in late October. Coronavirus restrictions meant the event was restricted to an elite field of less than a dozen athletes. The previous record of 2:36.30 was held by Japanese athlete Yoshinisa Hosaka.

Earlier in the year, Hughes had broken the world indoor M60 3000m record at the Athlone arena with a time of 9:41.24. He improved that time to 9:32.18 outdoors in Belfast last September.

In an earlier life, Hughes represented Ireland in the marathon at the Barcelona Olympics  of 1992, finishing 72nd in 2:32.55. He had made the team after clocking a personal best 2:13.59 when winning the Marrakesh Marathon in the January of that year.

Hughes also won the Belfast Marathon in 1988 and again ten years later in 1998.