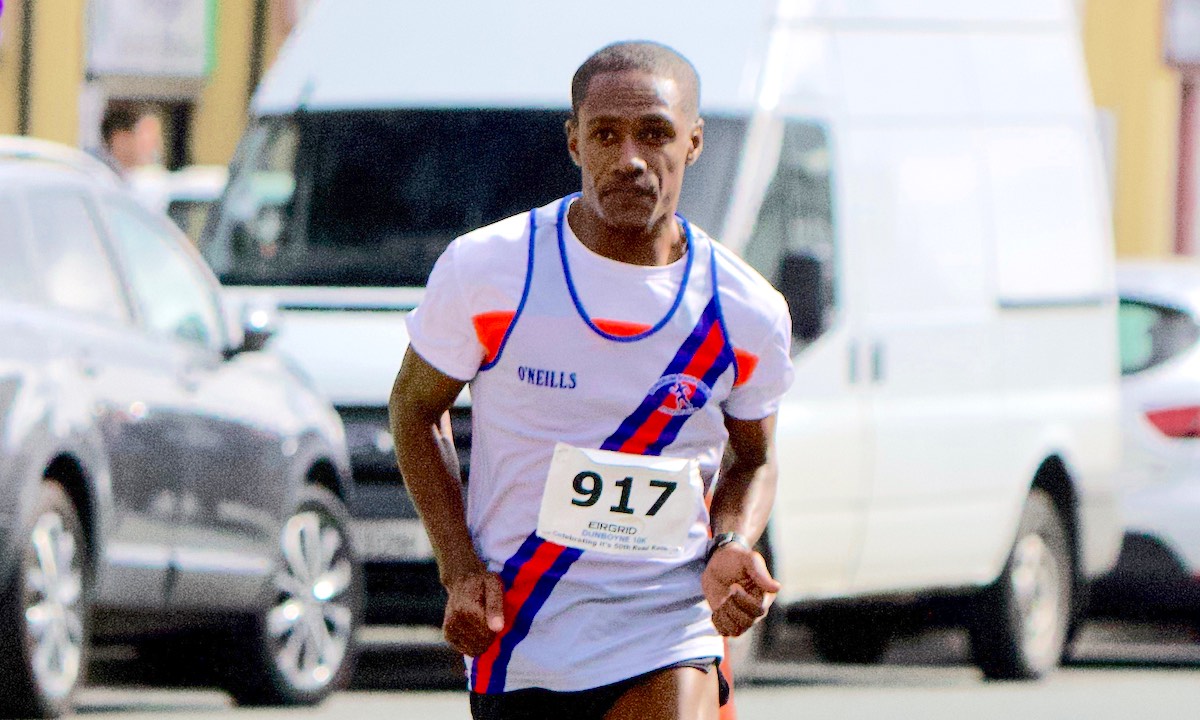 Tonosa and Cleary take the titles at the 50th Dunboyne Road Race, while Irish masters athletes secure 41 medals in Torun and Fionnuala McCormack impresses in Aarhus.

Hiko Tonosa and Barbara Cleary were the winners of the 50th Dunboyne Road Race which, for the first time, was held over the 10km distance on Sunday (March 31) and attracted an entry of close to a thousand runners.

Tonosa, of the Dundrum South Dublin club, was the class of the field in the men’s race and narrowly missed out on breaking 30 minutes with a winning time of 30:04.

In a close battle for second place, Eoin Everard of Kilkenny City Harriers used his track speed to outsprint his clubmate Brian Maher with the pair given times of 20:13 and 30:14.

First wheelchair was Jack Agnew of the TORC club in Belfast with a time of 26:50. Cillian Dunne was second in 27:49 and Sean McCullagh third in 29:46.

Cleary is continuing an impressive comeback after a long injury break; her winning time of 35:35 saw her finish 25 seconds clear of her Donore Harriers team mate Ide Nic Dhomhnaill who finished in 36:00. The success of the race means that, along with the Dunshaughlin 10km, Meath now has two top quality 10km races on fast, flat courses. Either would serve as a fitting host for a national championships.

Cathal O’Reilly was the winner of the New Inn 5km in Co Tipperary on Sunday in 16:32. Finishing second was Laura Shaughnessy of Galway City Harriers who was first woman in 17:14.

Sean Doran of C&E Products was the winner of the Dublin City Council BHAA 4-Mile in St Anne’s Park, Raheny on Saturday.

Ireland finished 11th on the medals table at the World Masters Indoors in Torun, Poland which concluded on Saturday.

Joe Gough’s double in the M65 800m and 1500 was the games highlight for a strong Irish team that took 41 medals in total with ten of them gold, according to the official list.

Ireland also took team gold in the M55 10km and 8km cross-country and in the W60 half marathon. McCormack’s time of 37:59 for the tough 10,000m course put her just eight seconds behind Anna Emilie Moller of Denmark who finished 15th.

Race winner was Kenya’s Helen Obiri who became the first female athlete to hold three world titles – she already holds the world indoor 3000m and outdoor 5000m titles. Ireland’s only other representative was Sara Treacy of Dunboyne AC who finished 73rd in 40:50. Ethiopia won the team title from Kenya and Uganda, with Great Britain a distant fourth.

In the men’s senior 10km, Sean Tobin of Clonmel AC finished 62nd in 34:33, with national champion Kevin Dooney of Raheny Shamrock 105th in 36:09. Race winner was Joshua Cheptegei, who was leading Uganda to a comprehensive team victory over Kenya and defending champions Ethiopia.

Not even an athlete as talented as Jacob Ingebritsen could break the stranglehold of East Africans on international cross-country in the U20 men’s 7.7km. The European champion finished a brave 12th in a race won by Milkesa Menghesa of Ethiopia in 23:52; Ingebritsen was 47 seconds behind in 24:39.

Irish international athletes Patience Jumbo Gula and Rhasidat Adeleke were among the double winners at the opening days of the National Juvenile Championships in Athlone on Saturday and Sunday (March 30/31). Winning a closely contest U19 girls 400m was Simone Lalor of St LOT AC in 56.16; Rachel McCann of North Down was second in 56.47 and hurdles specialist Miriam Daly of Carrick-on-Suir AC third in 56.49.

Fastest girls’ time came in the U17 race won by Ava O’Connor of Tullamore Harriers in 2:12.54. In the girls’ U16 race, a winning time of 2:13.02 from Victoria Lightbody of City of Lisburn AC was a new championships best.

In the high jump, a 2.05m effort from Nelvin Appiah of Longford AC gave him the U19 boys’ title. Una Brice of Leevale AC set a championships record of 3.0m in the girls U16 pole vault.