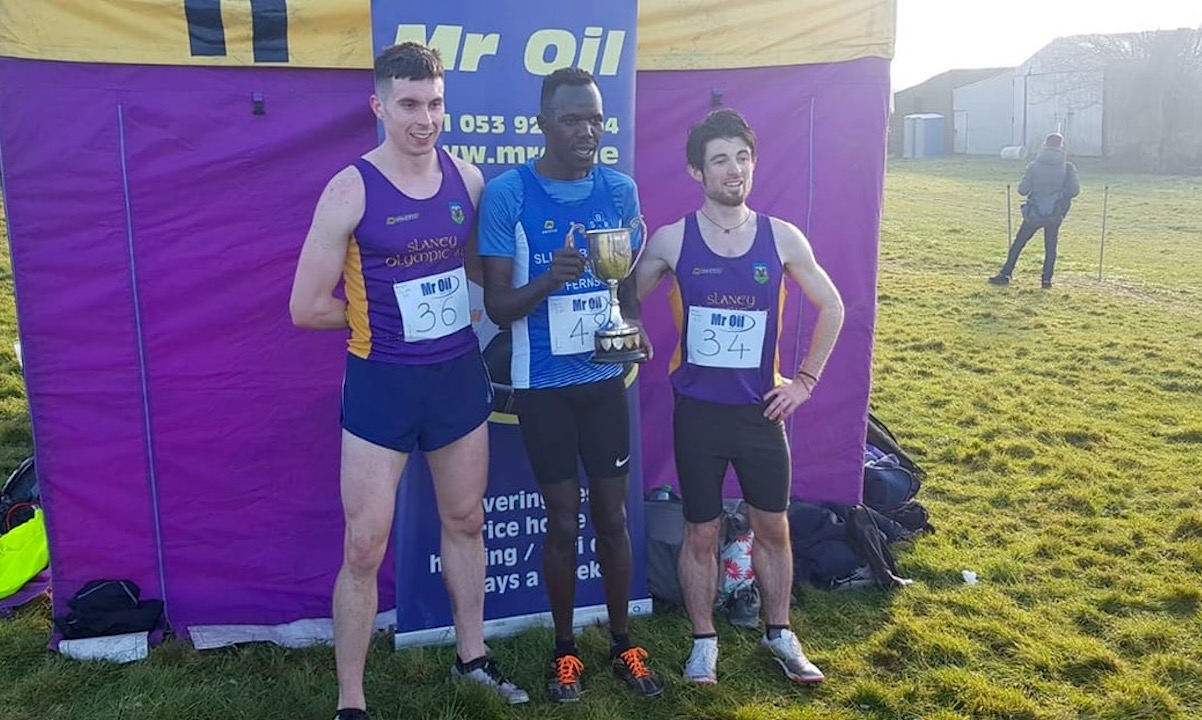 Christmas is just around the corner and Lindie Naughton is still bringing us all of the Irish results for this weekend.

Kieran Kelly of Raheny Shamrock was the winner of the Drogheda and District Christmas 5km on a cool overcast Sunday morning (December 19).

Kelly finished in 14 mins 37 secs, putting him eight seconds clear of Tadgh Donnelly from the host club, with Aaron Hanlon, also D&D third in 15:02. Dara Donoghue of Lucan Harriers was eighth overall and first junior in 15:22.

Making it a Raheny double was Iseult O’Donnell who was first woman in 16:38. Laura McDonnell of Rathfarnham WSAF AC was second woman in 17:24 and Trim’s Edel Gaffney third in 17:34. An impressive total of 531 completed the race.

Another classic in Newmarket

The Newmarket Christmas Classic in North Cork, organised by Duhallow AC, certainly lived up to its name with a new men’s course record by Evan Byrne while Michelle Finn made it an incredible seven victories out of the 10 races held since 2011 writes John Walshe

With course record holder Hiko Tonosa absent, it was left to Byrne from the Togher club and Leevale’s Ryan Creech to fight it out and they had already opened up a gap on Donore’s John Travers as they faced for home on the flat out-and-back course.

With around 600 metres to go, Byrne – home from Butler College where he is on scholarship – started to pull away and at the line he had six seconds to spare over Creech, his 14:06 knocking five seconds off Tonosa’s time of 2019 when the race was last held.

Two years ago when she set the women’s record of 15:49, Finn had a point to prove having been omitted from the Irish team for the European Cross-Country Championships.

On this occasion she was happy to do just enough to win, her 15:58 giving her a margin of nine seconds over Bronagh Kearns of St Senan’s with Cliona Murphy of Dublin City Harriers close behind in third in a time of 16:13.

Two elites from their chosen sports – cyclist Eddie Dunbar from nearby Kanturk and rower Paul O’Donovan – also acquitted themselves well when finishing in respective times of 15:26 (15th) and 16:55 (59th).

At the Camlough Lake Run, near Newry, Don Travers and Barry McCarroll were given the same time of with a time of 41 mins 8 secs when they finished first and second. Third in 42:24 was Rory O’Sullivan. Aine Fegan was first woman in 49:05, with Eithne McGorman was far behind for second in 49:18 and Nicole Donnelly third in 51:15.

Andrew Annett of Mourne Runners was the winner of the 10km race at the Run Forest Run Series event at Tollymore on Saturday (December 18). He finished almost a minute clear of the chasers in 32 mins 50 secs. Templemore Sports Complex in Derry was the location for the final cross-country weekend of the year where, on Saturday (December 18), Luke McCarron and Catherine Whoriskey, both of host club City of Derry Spartans, were the winners of the North-West Cross-Country.

Both men and and women ran 6 km, with McCarron coming home in 18 mins 16 secs, followed by his clubmates Sean Melarkey and Fintan Stewart and Neil McCartan of East Down AC, who finished virtually together.

First M40 was Chris McGuinness of Foyle Valley AC, while finishing fourth master overall was Pauric McKinney of Inishowen AC who was first M55. Not too far behind was Tommy Hughes of Strive AC, first M60. First junior was Frank Buchanan of St Michael’s Enniskillen.

Whoriskey had a tougher battle, with the women’s race coming down to a sprint for the line with her clubmate, the Olympic marathon runner, Breege Connolly. Third was Katie Moore of North Down AC.

In Lingstown, Tomhaggard, Co Wexford, Kilmore AC on Sunday (December 19) hosted the county championships, and managed to hold off the challenge of United Striders to retain the women’s team trophy. Taking the men’s title in a tight race against for points with Slaney Olympic was the United Striders squad of James Boland, Alan O’Connor, Adam O’Connor and Joe Lillis. Race winner was Kenyan-born Freddy Sittuk, formerly of Raheny Shamrock AC and now with Sliabh Buidhe Rovers AC. It was a first county title for Sittuk who’s been based in Wexford for some time now.