Healy back in winning form 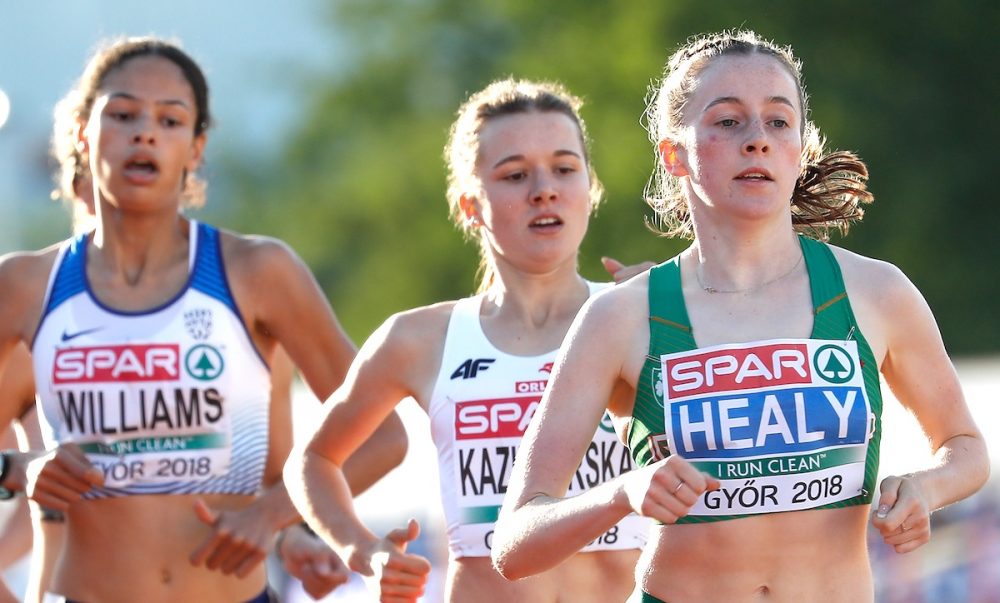 Sarah Healy of UCD AC made a winning return to track racing at the BMC Trafford Grand Prix in Manchester on Saturday (May 8).

Finishing seventh in the same race was Amy O’Donoghue of Emerald AC in 4:19.20.

Opening her season over 800m was Louise Shanahan of Leevale A who finished second in the women’s A race in 2:03.21. Just one place behind her was Jenna Brommell of Emerald AC in 2:03.68; Brommell is better known as a sprinter and was a member of the Irish womens 4 x 400m squad. In the men’s B 800m, Kevin McGrath of Bohermeen AC clocked 1:50.13 for fourth place.

Over 5000m, Jayme Rossiter of Clonliffe Harriers finished second in the men’s B race with a personal best time of 14:13.84. Junior athlete Callum Morgan of Malachy’s AC finished ninth in the men’s C race in 14:51.15.

Eilish Flanagan of Omagh AC set a new meet record when winning the women’s steeplechase at the Oregon Twilight meet in Eugene on Friday (May 7).

Flanagan’s time of 9 mins 40.68 secs was also a Northern Ireland record and knocked ten seconds off her previous best and gives her an outside chance of qualifying for the Tokyo Olympic. Qualifying mark is 9 mins 30 secs and only 19 women currently have the stand with 45 places on offer.

At the Arkansas Twilight meet in Fayetteville on Friday (May 7), Shay McEvoy of Kilkenny City Harriers was fifth in the mens’ 1500m in 3:50.66

An afternoon of 5000m running

Cormac Dalton of Mullingar Harriers ran a personal best time of 13 mins 59.04 secs to win the men’s A race at the North Belfast Harriers Afternoon of 5000m, held at the Mary Peters Track, Belfast on Saturday (May 8).

Winning the women’s elite race was Aoife Kilgallon of Sligo AC in 16:16. Clare Fagan from Mullingar Harriers was second in 16:43 and the veteran Denise Toner of Clones/ Cookham AC third in 16:45. Seven women finished in under 17 minutes.

Laura Mooney of Tullamore Harriers set a new Irish U20 5,000m record at the Virginia Grand Prix in Charlottesville on Saturday (May 1). Mooney, running for Providence College, ran a time of 16:19.43. The previous record of 16:19.80 was set by Sarah Collins in 2013.

At the same meet, Ryan Gallagher, like Mooney in Providence College colours, won the race with a huge personal best of 13:49.02, running the last lap in 57 secs.