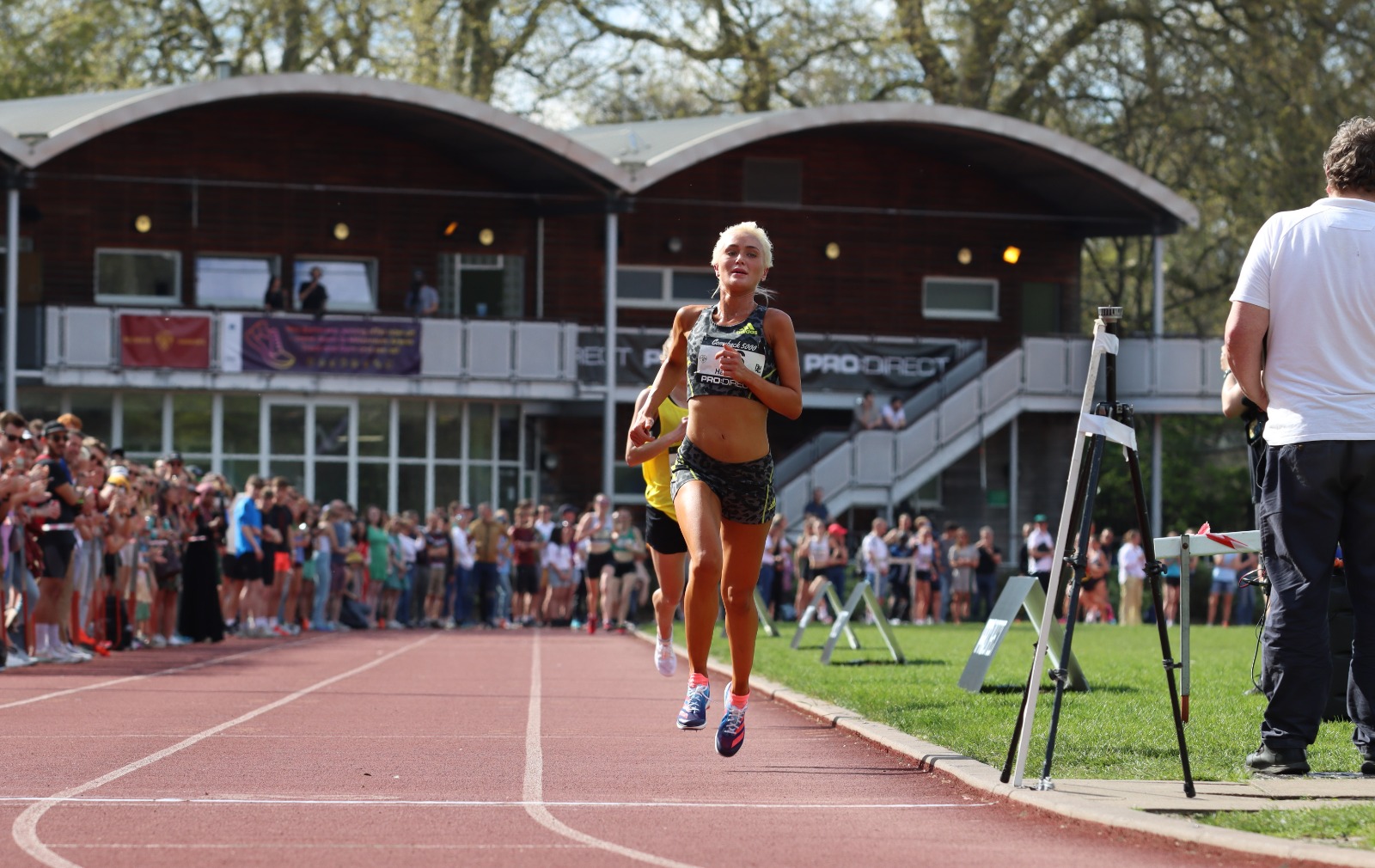 Firstly, Happy Easter! Easter Sunday may be a day better associated with an abundance of chocolate, but the potential for indulgence did not deter swathes of athletes from taking to the road and track. Let me take you on a spin through some of the action from the long weekend.

Track is Back? It’s a Comeback!

It was hard to know where to start this write up, given the plethora of events taking place; but where better to start than a sunny Battersea Park on Friday afternoon and the Comeback 5000. An afternoon of racing over twelve and a half laps that started with six open races before culminating with two high quality elite races.

The women’s race saw Samantha Harrison attack from the gun, running ahead of pacemaker Rose Harvey and building an unassailable lead within the first two laps. Her time of 15:32.07 is over 40 seconds fastest than her previous best and, when coupled with her excellent outings on the road this year, suggest the Charnwood athlete is due a superb performance at the Night of the 10k PBs next month.

Behind her, a largely solo race saw Hannah Irwin finish second (16:07.66), with a strong last few laps rewarding Georgia Bell (16:08.42) with the final spot on the podium. It was particularly good to see Georgia have a good race in her debut at the distance and her first track race in five years after struggles with injury. There were encouraging runs for Philly Bowden (16:10.86, on the back of her 2:34 marathon debut in February) and Holly Dixon (16:14.33, a PB) in fourth and fifth respectively.

The men’s race was an intriguing watch, with Osian Perrin, Ben Connor and Zak Mahamed taking turns to ‘lead’ behind pacer Nick Goolab. In the end it was the Olympic marathoner Ben who prevailed in his first track outing since the 2019 World Championships, his 13:49.15 seeing him finish over ten seconds clear of Zak (14:01.05) and his brother Mahamed Mahamed (14:07.45).

It was an overwhelmingly positive event with athlete-centric competition and a superb atmosphere for runners and spectators alike. A generous prize pot (including on-the-day contributions from spectators), a high quality stream for those at home but more importantly an event organised by those with a genuine desire to see athletes perform to their best. If the domestic track action was dominated by the 5000m, it was double the distance on the roads.

Starting north of the border and Falkirk for the Round the Houses 10k, dedicated to the memory of Jim Dingwall, which also incorporated the British Masters Championships. An emphatic performance by Annabel Simpson (33:25) provided the Scot with a 15 second PB, whilst Peter Avent (30:23) lowered his best by one second. Fastest overall in the BMAF element of the race were V35 Ian Whitaker (32:13) and V45 Lesley Bell (36:44).

Moving gradually southwards, it was a PB setting morning for Danielle Hodgkinson at the North Tyneside 10k, her time of 33:29 not only a 12 second improvement on her 2019 best but saw her cross the line over three minutes ahead of the next female finisher. Danielle’s time broke the course record set by Justina Heslop back in 2012. North Shields’ David Green was quickest overall with 31:09 in what, according to Power of 10, was his debut over the distance on the roads.

About 40 miles south and the Mermaid 10k, organised by New Marske Harriers. There was a home victory for Lewis Gamble Thompson, his 30:08 seeing him cross the line a full 30 seconds ahead of Rob Scott (30:38), himself two minutes clear of third placer Carl Jones (32:28).

It’s been a good start to 2022 for the New Marske athlete, with highlights including taking three minutes off his half marathon best, equalling his 5k PB and featuring in the Parkrun top-ten list three times this year. The race for fastest female was a closer affair, with just 19 seconds separating a top-three trio of Helen Scott (38:53), Judith Nutt (39:01) and Kay Neesam (31:12).

The excellently-named Swedish athlete V. Urquhart Smangs recorded the fastest time of the weekend with 29:50 at the Salford 10k, with an equally impressive run from Scout Adkin (34:42) as the quickest female. A total of 126 athletes finished with a time faster than 40 minutes.

James Pettersson (30:11) and Samantha Bilbie (38:28) were victorious at the Little Bromley 10k organised by Harwich Runners, where the top three finished in under 32 minutes and 72 athletes under 40 minutes.

After some strong cross-country performances during the winter, Molly Beckett was rewarded with an excellent performance in her first non-parkrun road race of the year at the the Trowse 10k, the City of Norwich AC athlete’s 35:48 taking over two and a half minutes of her previous best set at the same event in October 2019. An equally impressive PB for Luke Alden (31:55) saw him take the overall victory.

Longer (and Shorter) Distance, and Track

The ever-popular Maidenhead 10 made a welcome return after a COVID-enforced break, with Michael Waddingham (52:24) and Niki Densley (63:37) the fastest runners. The associated mile race went to Archie Charles (5:34) and Chloe Bullock (6:21).

Despite its name, Thursday’s Harrow AC Sprint Open saw a 15-strong field compete over 3000m, with the fastest times recorded by Phillip Benson (9:17.52) and Sophie Jacobs (10:17.24), both taking PBs home from the North London track. One of the few other domestic track competitions this week.

Whilst track racing may only be warming up at home, it is certainly in full swing on the other side of the pond.

From a British distance perspective, the highlight of the weekend’s Mt. SAC Relays in California was a 15:11.72 clocking for Jess Judd. That time is a European Championships Q and only six seconds shy of her PB in a race she described as being sub-optimal (perhaps using slightly difference language!).

I’ve not done a count, but there must have been thousands of athletes at the Bryan Clay Invitational this weekend. Realms of results for every track and field discipline.

Some of the British highlights include a return to form for Thomas Staines, running a PB of 1:45.28 over 800m (which he followed up with a 3:52.28 1500m PB a day later), with Basingstoke’s Reece Sharman Newell behind in an incredible 1:45.56, a six second improvement over twelve months. Both were European Championship Qs.

It may be a competition better known for its sprinting results, but it’s not unusual to see some strong middle distance runs also at the Tom Jones Memorial (see what I did there?). This year it was the turn of Ben Claridge to put in a strong performance, his 1:47.68 an improvement on his 800m best by over a second and a half. There were two PBs in two races in two days for Molly Jones, over 800m (2:17.04) and 1500m (4:37.22).