Hanna so close to the medals – Irish round-up 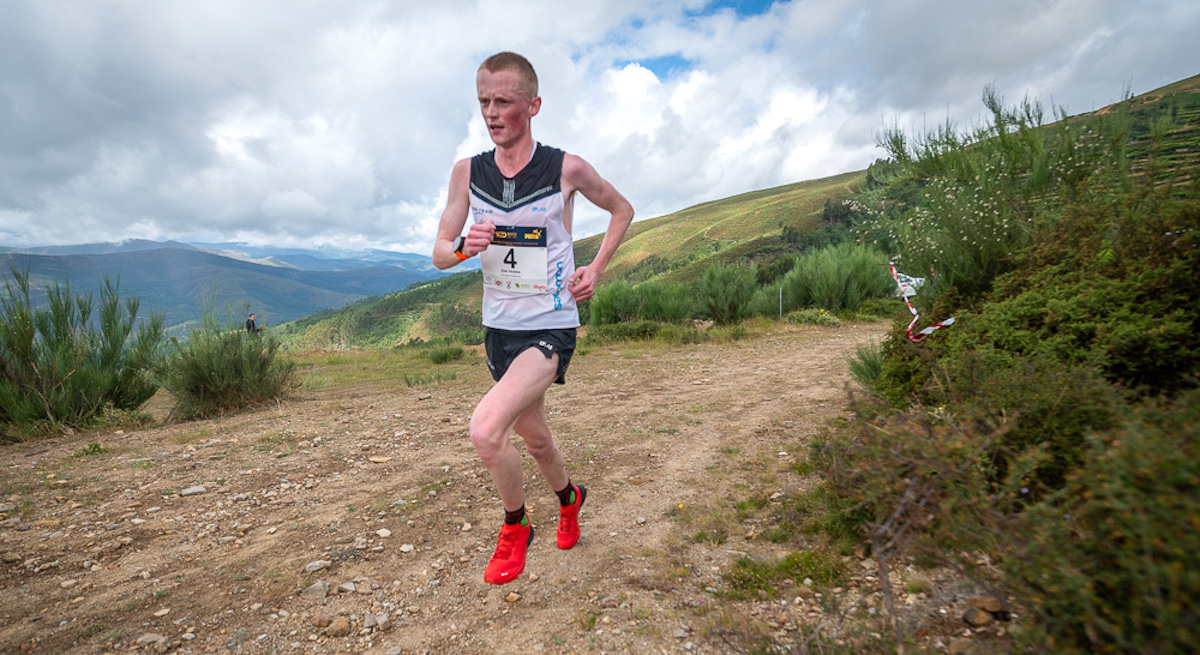 In the mountains of the Isla Canarias Zak Hanna and Sarah McCormack battled for medals and at home the roads saw plenty of action. Lindie Naughton reports.

William Maunsell of Clonmel AC won the Roscommon Harriers 10 mile on Saturday (July 2) after battling it out all the way with Andrew Annett of Mourne Runners and Gideon Kimosop of 1ZERo1.

Ninth overall and first woman in a new course record time of 55:22 was Ann-Marie McGlynn of Letterkenny AC.

The race was part of the Kia Series and in the team event, Leevale’s all-female team was first overall (Niamh Moore the team’s third counter) ahead of mixed teams from DSD AC and Mullingar Harriers.

Two rounds of the KIA Series remain, both of them over ten miles – the Edenderry 10 on Sunday July 10 and the Cork City 10 on Saturday August 20. Halves and 10ks a plenty

In Co Mayo, Gary O’Hanlon of Clonliffe Harriers won the Achill Half Marathon in 77 mins 06, with Olympic marathon runner Breege Connolly of City of Derry Spartans fifth and first woman in 81:08. John Lee in 36 mins 12 secs and Fiona Slingerland in 40:48 were the winners of the associated 10km.

Jessica Craig of North Down AC was first woman in 34:29, followed by Caitlyn Harvey of Annadael Striders in 36:01 and April Clarke of North Belfast Harriers in 38:27.

Winning the Clontarf Half Marathon in 75:52 was Jesus Calle Arroyo of Raheny Shamrock AC. A distant second in 80:58 was Donore Harriers’ Didier da Costa. First woman in 83:51 was Alison Armstrong of Dublin City Harriers. A total of 1,466 completed the race once problems with registration were resolved by the new organisers.
A further 611 ran the five-mile; winners were Colm Parnell of Crusaders AC in 27:58 and Madison Parrone in 31:45.

At the Willie Neenan Memorial 5-mile road race in Millstreet, Co Cork, Michael McMahon of North Cork AC led home over two hundred finishers in 26 mins 9 secs. Nick O’Donoghue of East Cork AC was second in 26:13 and Michael Herlihy of North Cork AC third in 26:26. Martina Kiely of St Finbarr’s AC was first woman in 29:14, followed by Leevale’s Carole Finn in 30:56 and Nadine Forde, also Leevale, in 32:30. Both winners were in the over 40 category.

At the Ballymacarbry 5 Mile in Co Waterford, Dermot Gorman of Carrick-on-Suir AC was the winner and first M40 in 26 mins 56 secs. West Waterford pair Raivis Zakis and Marc Flavin were second and third.

First woman was international race walker Kate Veale of West Waterford AC in 31:21. Her West Waterford club-mate Kelly Fitzgerald was second in 31:53, with Elaine Horgan of Clonmel AC third and first W40 in 33:04. First M60 was Joe Gough of West Waterford AC who was eighteenth overall in 31:41. Gough is a notable absentee from the World Masters Championships currently taking place in Finland.

In Co Wexford at the Menapians 5km, Dave Mahon of Slaney Olympic AC was the winner by almost a minute in I5mins 52, with Ciara Brady of Sportsworld AC a clear winner of the women’s race in 19 mins 20 secs.

Mark O’Donovan in 17 mins 40 secs and Emma Boland of Newbridge AC in 19:25 were the winners of the Alan Mahon 5km, in Kildangan, Co Kildare on Thursday evening (June 30).

Parnell AC made it a double victory at the Wicklow 5km Championships in Wicklow town on Wednesday with Derek Crammond first home in in 15 mins 43 secs and Sheila O’Byrne 11th overall and first woman in 17:38.

A Monday night might seem an unusual night for a road race but such has been the case for over 40 years with the Dromcollogher Carnival event in Limerick, writes John Walshe.

The original idea was for it to be part of the Dromcollogher Carnival, still going strong with all the traditional attractions since the 1940s. In the early days, the race attracted some of the top runners in Munster, including Liam O’Brien who won the race on a few occasions the day after winning one of his 11 National 3000m steeplechase titles.

This year, the Christy Brosnan Perpetual Cup went to Aogán MacDomhnaill in 21:16, who was leading a West Limerick AC clean sweep with club-mates Karol Linehan and Killian Lynch f second and third in respective time of 21:29 and 21:46.

A thrilling mile proved the highlight of the Morton Games held at Santry on Saturday (July 2) .The top six all broke the four minute barre, with Andrew Coscoran of Star of the Sea AC just holding off Clonliffe’s Cathal Doyle in a photo-finish to win in 3:57.09.

Coscoran was the first Irish winner of the Morton Mile since James Nolan some eighteen years ago.
Winner of the junior miles were Ava O’Connor of Tullamore Harriers in 4:58.01 and Cathal O’Reilly of Kilkenny City Harriers in 4:20.67

Zak Hanna Newcastle and District AC finished equal fourth in the up and down 7.1km at the inaugural European Off-Road Running Championships at El Paso, in La Palma, Spain.

Hanna, who was in second place at one point in the race, which was held on Friday (July 1) and Spanish athlete Miguel Cornered were both given a time of 45 mind 55 secs.

Rounding out the weekend was the 17.6km up and down race, with Sarah McCormack, who battled near the front for a large part of the race, coming thirteenth in 1 hr 22 mins 52 secs.

Ireland is enjoying a gold rush at the World Masters Athletics Championships, which started last week in Tampere, Finland, and continues until next Sunday July 4.