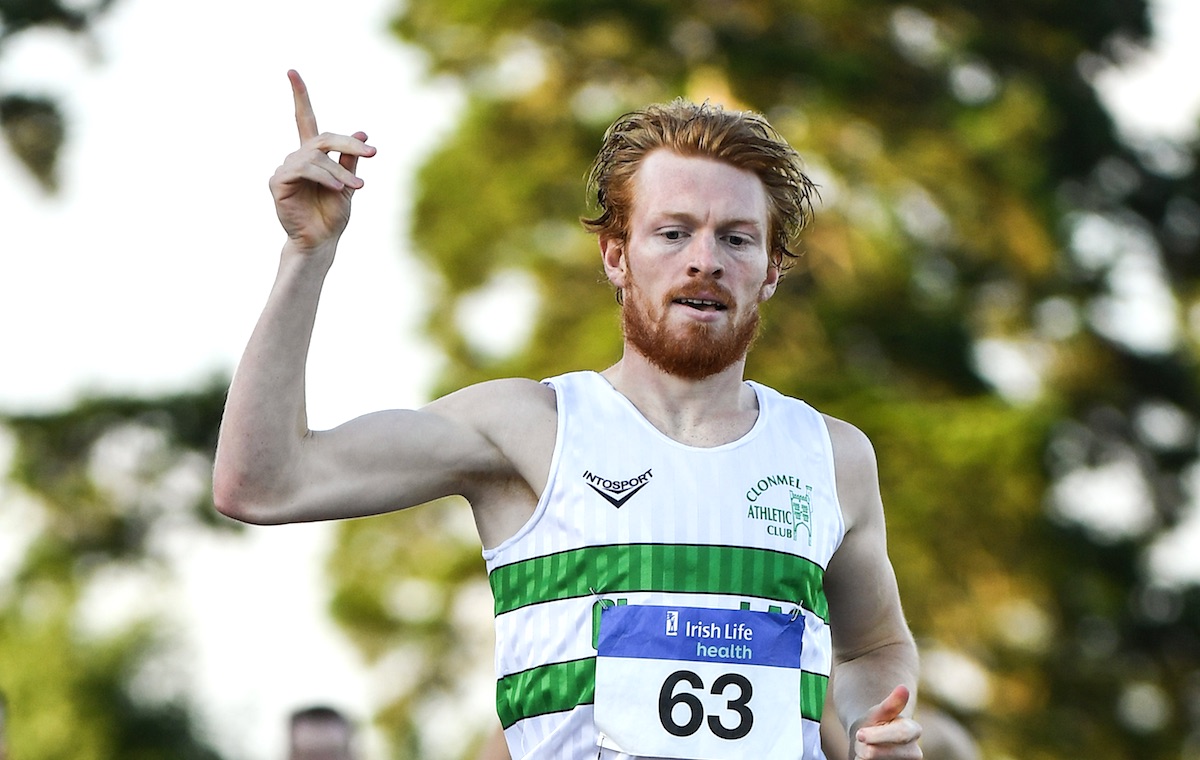 A brilliant race at the annual Fields of Athenry 10km on St Stephen’s Day (December 26) saw Hugh Armstrong of Ballina AC beating many times winner Mick Clohisey who was wearing the No 1 bib and winning in a a new course record of 29 mins 32 secs.

The pair went through half way in 14 mins 49 secs, with Armstrong then pulling away in the final two kilometres to win by four seconds from Clohisey who finished in 29:36, A distant third in a personal best time of 30:47 was international triathlete Con Doherty.

First women and 15th overall was Breege Connolly of City of Derry Spartans in 34 mins 42 secs. Aoife Kilgallon from Sligo AC was second in 36:24 with her Sligo clubmate Eavan McLoughlin third in 37:38.

Neil Johnson of Springwell Runners were the winner at the 34th annual Greencastle 5-Mile in Co Tyrone. Johnson was followed home by Scott Rankin of Foyle Valley and Mark McKinstry of North Belfast Harriers. His winning time was 24 mins 54 secs. In fourth place, Matthew Neill of Acorns AC was first junior.

Finishing 14th overall and first master in 28:02 was Tommy Hughes of Termoneeny who will celebrate his 60th birthday on 8 January next.

At the Clonmel 4-mile, local athlete Sean Tobin obliterated the course record with a time of 17:45. His time was faster than the 17:59 recorded by Noel Berkeley in Peoria, Illinois on 20 June 1992, which stands as the Irish best time for the distance. Tobin was wearing the state-of-the-art carbon fibre shoes which are helping athletes re-write the road running record books at the moment.

A distant second in Thomas Hayes for Kilkenny City Harriers in 19 mins 5 secs, with Kevin Moore of Dundrum AC third in 19:37. First woman was Siobhan O’Doherty of Borrisokane AC in 23 mins 10 secs. Dymphna Ryan of Dundrum AC was second in 23:25 and Angela McCann of Clonmel AC in 23:33.

Also on December 26, Sean Doran of Clonliffe Harriers won the Streets of Wicklow 5km in 15 mins 47 secs just holding off Gareth Murran of Sportsworld who finished a second behind for second. Myles Gibbons of SBR Ferns was third and first M45 in 16:14. First woman in 27:33 was Sarah Mulligan of Dundrum South Dublin AC in 17.33. Clodagh Kelly of Croghan AC was second in 28:32 and Claire Earls of Inbhear Dee third in 18.48.

In Kilbeggan, Pauric Ennis won the St Stephen’s Day 6km in 19 mins 35 secs, with Euan Lagan second and Peter Mooney third and first M40. Nadine Donegan was first women in 22:36 followed by her sister Danielle who was also first junior in 22:40. Sinead Rigney was third.

Alan O’Shea of Bantry AC won the annual Dick Copithorne Memorial 4-Mile in Belgooly, Co Cork in a time of 19 mins 25 secs. Cillian O’Leary of Raheny Shamrock was second in 19:56 and Alan O’Brien of Eagle AC third in 20:19. Leevale’s Niamh Moore was first s woman hom in 22:51, followed by clubmate Louise Shanahan in 24:11 and Teresa Murphy of Kenta AC in 24:41. 426 finishers.

A day later (December 27), Ben Brunton of St Brigid’s AC was the winner of the Rita and Robbie 5km in Navan with a time of 15 mins 42 secs. Second and first junior was Tadhg Donnelly of Drogheda and District AC in 16:10, while third and first M40 was Brian Leahy of Raheny Shamrock in 16.14.

Karen Costello of Dunleer AC was first woman in 17:44, followed by Laura Buckley of Dunboyne AC and Ellen Vitting of Trim AC.